TRIVIUM & BEARTOOTH Announce US Tour
Well, if it wasn't confirmed before, it sure as hell is confirmed now.

Well, if it wasn't confirmed before, it sure as hell is confirmed now.

UPDATE: This is the entire round of dates as confirmed by Slayer.

The first round of dates for the thrashiest tour of the spring have been revealed. A new posting on Pollstar, an official site for all music tour schedules, has revealed the first official dates for Slayer's upcoming tour with Suicidal Tendencies and Exodus:

Of course, rumors started swirling that the three would be touring when they were all featured as part of the Rock on the Range festival.

This looks like it'll be a fun tour for thrash fans. If it comes to your area, would you attend? 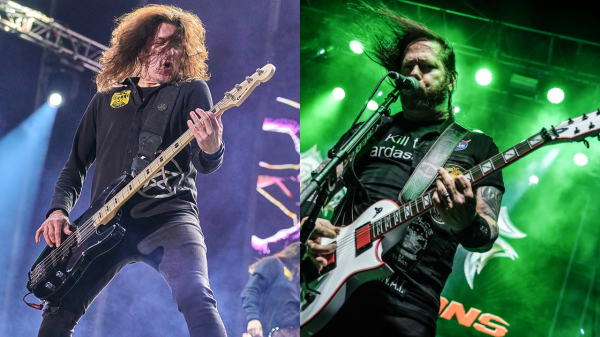