Welcome To Rockville Recap: Day Four - Back to Normalcy and Music 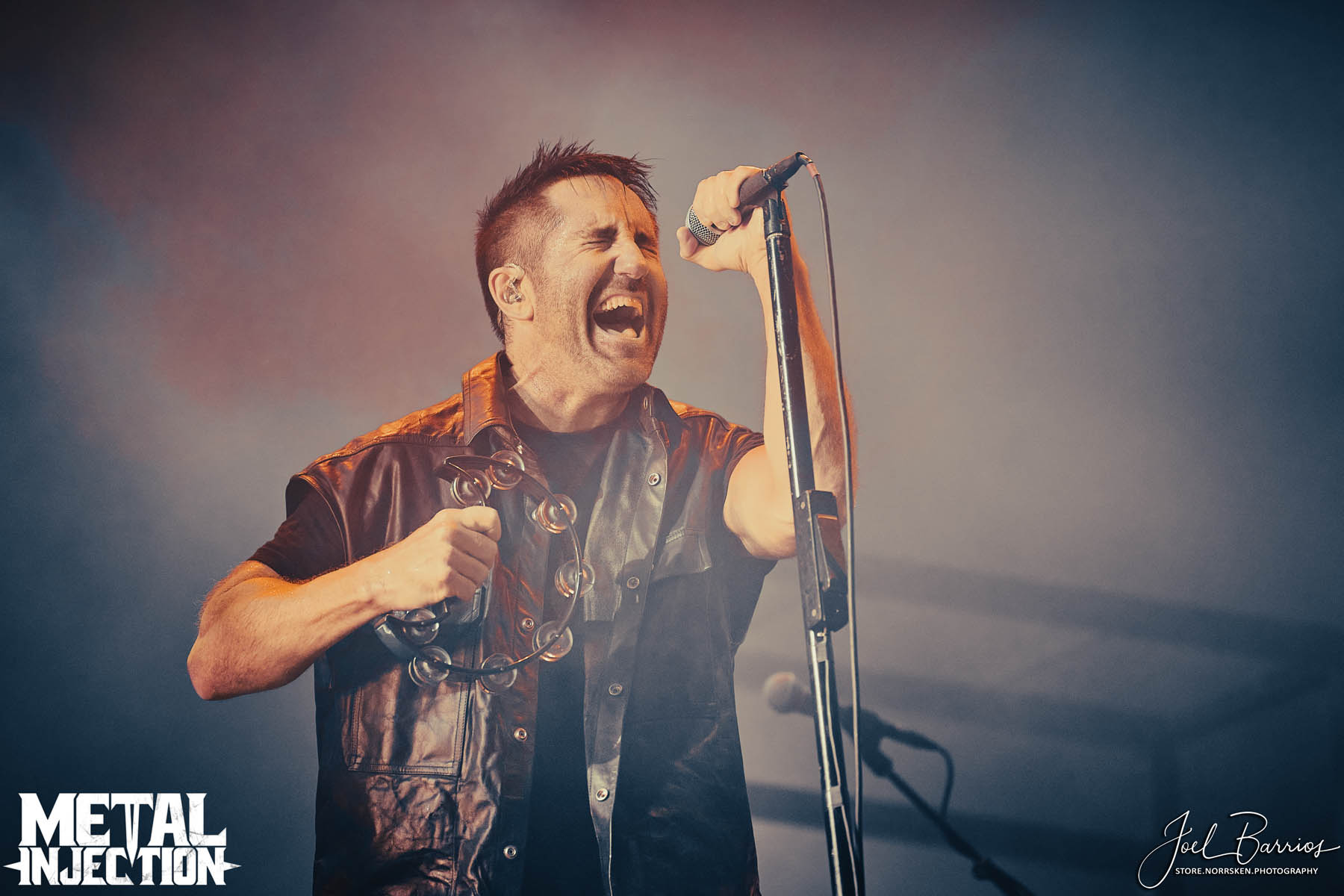 This is the third in our daily recaps for the festival events written and photographed by Joel Barrios. In case you missed the article for day one, you can read it here, and read day two here and day three here.

Following two days of inclement weather continually stymieing the musical festivities taking place at Welcome To Rockville, the winds of fortune began to blow more favorably on its fourth and final day. It is light of this that mention should be made of the fantastic job put on by the event’s security team, whom in addition to making sure the crowds remained civil and free of accidents when the adrenaline factor reached its peak, also kept the peace when the forces of nature caused things to go awry. Likewise, the promoters were on point in providing the needed resources to keep the event clean and safe between countless trash and recycling receptacles, as well as giant fans and sprinklers/hoses to mitigate the heat factor. All in all, the careful planning and decisive steps taken throughout this four-day event kept the event functioning in a very coordinated fashion, defying the curveballs thrown at it by Mother Nature.

Now faced with a less threatening cloud cover and a stiff breeze to mitigate the returning heat, the thousands of hard rock faithful once again congregated amidst the four stages in anticipation of things going a little more according to plan. Kicking things off on the Octane stage at 1:30 pm was the Brooklyn-based quartet Superbloom, who brought a charmingly retro-grunge sound reminiscent of Nirvana and early Foo Fighters, with vocalist/guitarist Dave Hoon even exhibiting the shoegaze tendencies of the original scene as the rest of the band moved about wildly. Things would be given a more visually spellbinding twist on the Space Zebra stage immediately after with Lilith Czar, bringing a high degree of auditory aggression to match larger than life getup donned by Juliet Simms (the performer’s alter-ego), almost akin to Lady Gaga stomping the earth with the attitude and ferocity of Wendy O. Williams.

The wide-ranging eclecticism already established with the opening acts would prove an appetizing taste of things to come, as each subsequent act would offer a highly unique addition to the sonic smorgasbord. Rocking the Octane stage in a manner befitting the name, power trio Radkey would keep the Missouri end up with a high energy display that could be best described as a modern rediscovery of proto-punk, mixing up tempo anthems with a vocal and guitar display out of front man Dee Radke that often reminisced of Mick Jagger and Tony Iommi. On a near equally animated note was the brilliant mixture of driving metallic fervor with a heavy blues/rock foundation put forth by super group Motor Sister on the Rockvillian stage, reminding the somewhat sparse crowd that gathered there that an established pedigree will yield superior results even though principle players Scott Ian and Joey Vera are known for stylistically different fair.

As the middle point of the festival’s final day drew near, the varied ensemble of attractions would give way to an early apex of otherworldly material. Though born out of the ashes of the “different for difference sake” avant-garde metalcore oddity Iwrestledabearonce, Canadian alternative metal trustees Spiritbox provided an only slightly unusual mixture of industrial, progressive and metalcore elements into the mix from the Octane stage, with singer Courtney LaPlante eliciting a particularly enthusiastic response from the crowd with her Alissa White-Gluz inspired image and mixture of harsh and melodic vocalizations. On the other hand, internet sensation turned quirky avant-garde K-Pop meets metalcore artist Poppy and her band drew a massive group of onlookers with a set of musical collages that bordered on scatterbrained at times but resonated strongly with all whom witnessed them.

While a shunning of conventional practices carried a sizable chunk of the mid-afternoon, things would end up finding their way back to more traditional ground. Making the entire state of Pennsylvania proud, Pottsville rockers Crobot brought down the house at the DWPresents sage with a brilliant display of old school fervor reminiscent of early 90s Soundgarden, complete with a beautifully Cornell-like wail out of Brandon Yeagley and streams of brilliant riffs and impactful solo work out of Chris Bishop. Meanwhile on the Octane stage, old school glam rockers from the U.K. The Struts held an impressive torch to the legacy of Queen and several others, with singer Luke Spiller channeling Freddie Mercury almost to a fault as he worked the crowd and put words to the band’s highly competent nods to classic rock icons from Aerosmith and The Rolling Stones to Def Leppard and The Darkness.

As evening approached, hungry up and comer acts began to gave way to the more established ones of yesterday and today. Led by the black-clad and dangerously slender Taylor Momsen, The Pretty Reckless commanded the Space Zebra stage with a sound that seemed heavier and more forbidding than usual, though all eyes were on the flamboyant front woman as the rest of the band stood stoic while laying down every accompanying groove. U.K. rock trio Bones UK would strike a very different tone on the Rockvillian stage with a less traditionally rooted take on the style, though chockfull of tasty guitar detailing and plenty of infectious hooks. To complete the trifecta of female-fronted rockers ruling the late afternoon roost, Halestorm commanded the largest and most active crowd from the Octane stage, imposing heads to nod and crowd surfers to commence from the pummeling grooves of opening crusher “Back From The Dead” to the closing banger and fan favorite “I Miss The Misery”, with the magnetic stage-persona of Lzzy Hale stealing the main focal-point.

As night began to fall on the skyline of Daytona Beach, the old guard would take over following an intricate display of eastern folk music married to rock courtesy of the Mongolian eight piece outfit The Hu on the Rockvillian stage, their unique variations of metal and ethnic music with traditional throat singing recited by the massive crowds, which also chanted "Hu" after each song. 90s alternative rock veterans Pornos For Pyros cycled artfully through their array of psychedelic-tinged numbers, though the crowd response would hit its zenith when a handful of Jane’s Addiction classics were dusted off by Perry Farrell and company. Intent on an extravaganza to rival the rest, The Smashing Pumpkins blared their fuzz-driven brand of heavy grunge rock from the Octane stage with nothing held back, with obvious classics “Bullet With Butterfly Wings”, “Today”, “Zero” and “Cherub Rock” hitting the mark and sending us on a trip down memory lane to the mid-90s. Not to be outdone, industrial rock titans Nine Inch Nails would take the headlining spot of the night with the most visually extravagant show, a lighting display so blaring that it could have eliminated epilepsy from the entire gene pool overnight, concluding the festivities on a resounding note paired with the deafening roar of thousands who stayed put and cheered until Trent Reznor and company played their last note.

When all is said and done, the 2022 edition of Welcome To Rockville will go down on history as an uncommon one, yet in our eyes it can be considered a definite accomplishment, in spite of or even in part because of its various hiccups. It was as much a display of solidarity within the rock community in the face of adversity as it was a grand spectacle for the ear and the eye alike; and certainly, a testament as to why the event has become one of the largest in the world. Weather permitting in a year’s time, it’s a foregone conclusion that attendance records will be met and surpassed the next time around as the masses continue to rally together celebrating music and friendship. 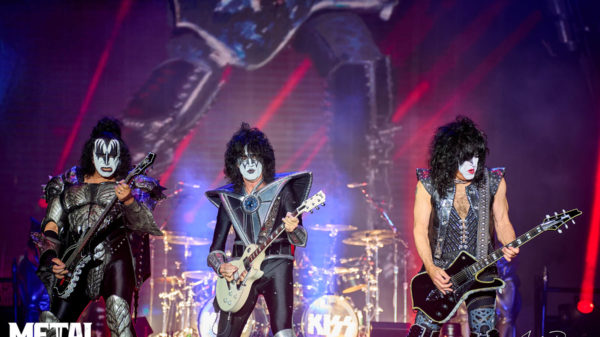