Welcome To Rockville Recap: Day One - Defying a Heatwave 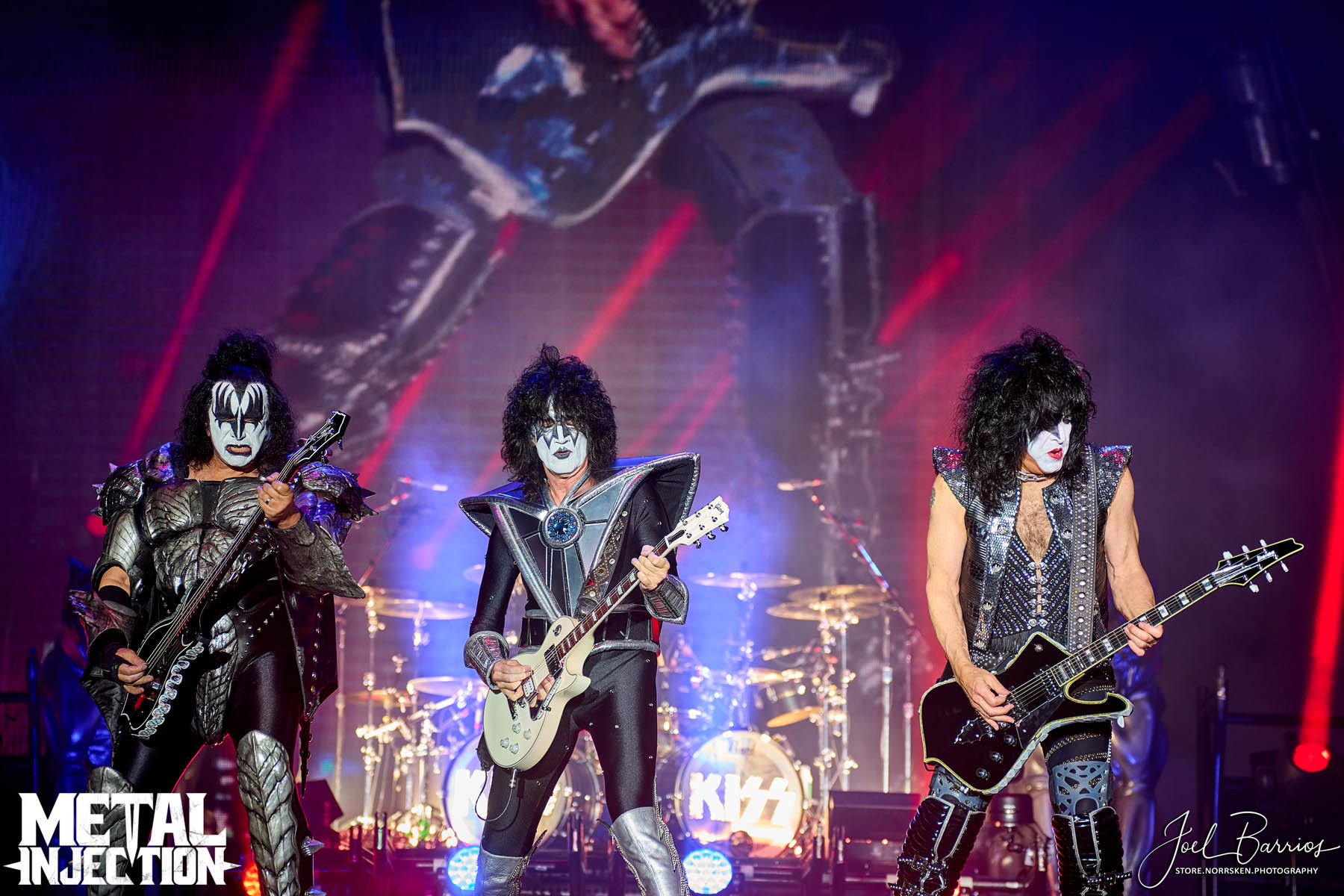 Welcome To Rockville Day One Recap: Defying a punishing heat wave, thousands of sonically starved rock fanatics descend upon Daytona. This is the first in our daily recaps for the festival events, written and photographed by Joel Barrios

Though always billed as a springtime event in one of the warmest conclaves of the continental United States, the premier Florida rock festival dubbed Welcome To Rockville could be likened to a small clump of snow that steadily grew into an avalanche. Beginning in 2011 as a single day event contained within the Metropolitan Park in Jacksonville and terminating by 10:00 pm to conform to city noise ordinances, it has since exploded into one of the largest music festivals in the country. Now based at the Daytona International Speedway and boasting a four day stretch with dozens of featured acts and attendance topping at over 100,000 and over a million online views via live stream on Twitch as of 2021, it would be quite an understatement to say that expectations for 2022’s reprise of said event are quite high.

True to its more than 10 year history, the first night of this grand concerting experience was an enthralling display of the American rock scene's versatility and vibrancy as each act took their place upon the venue's four stages. Kicking things off on the DWPresents stage, an outfit comprised of servicemen dubbed As You Were displayed an interesting mixture of rock and folk elements that functioned well as both a warm up for more intense territory as the event pushed forward and as outreach for the U.S. Army. Moments later over at the Rockvillian stage, a darker and more atmospheric tone would be struck with the up-and-coming alternative metal act Moodring, whose Deftones meets shoegaze/industrial metal blend on recently released bangers like "SYNC.wav" and "Disintegrate" provided at least as much of a taste of what's in store on their upcoming June 10th debut Stargazer as their respective music videos have on YouTube.

As the sun tried in vain to punish the masses of onlookers throughout the afternoon, the festival's eclectic lineup of bands would continue to beat the heat. Des Moines-based melodic rockers with a metalcore edge Widow7 brought the energy on the aptly named Octane stage, with the soaring pipes of vocalist Mark Leon flying high like the long lost son of Howard Jones above a foundation of pounding grooves and spacey keyboard ambiences. In a similarly fitting fashion, psychedelic hard rocker throwbacks with a modern edge Plush would ride the fittingly dubbed Space Zebra stage for a half hour of riveting 60s and 70s hard rock revivalism, packing enough hooks to be the long awaited successors to Heart and bringing down the house with a brilliant rendition of said icons' classic "Barracuda". Proving to be no slouches in unleashing the metallic fury, Atlanta-based late 2000s metalcore mainstays with a slight Linkin Park twist Tetrarch rocked the Octane stage hard, with guitarist Diamond Rowe nailing each riff with a feverish zeal while singer Josh Fore doubled as a forceful screamer and a heartfelt storyteller.

The longer the even went, the more straightforward rocking and rolling began to give way to a more theatrical twist on things. Taking the Rockvillian stage a little before 4 pm, L.A. alternative metal purveyors Gemini Syndrome proved as much a visual curiosity as they did a musical wildcard, bringing a booming blend of Nine Inch Nails-like industrial vibes with a riff-oriented guitar assault into the mix to go with the varied costumes of each member, with vocalist Aaron Nodrstrom miraculously maintaining his energetic composure despite donning a suit in the Florida heat. In more of a turning lemons into lemonade twist on the Octane stage, one of California's more prolific metal newcomers Bad Wolves ended up arriving late and only managed to sneak in five numbers before their time was up, but killed it with the audience (especially with their famed rendition of The Cranberries hit "Zombie") despite for many this was their first time watching them with new vocalist Daniel Lasckiewicz. Mammoth WVH would likewise elicit favorable reactions from the crowd at the Space Zebra stage with their signature blend of bluesy classic rock and post-grunge, scoring the most cheers with "Don't Back Down" as onlookers witnessed Wolfgang Van Halen carry the musical torch in his father's stead.

As the light began to fail and afternoon was giving way to evening, the ante would continue to be upped with each successive performance. Though sporting a more rustic alternative rock ensemble, Clutch commanded nothing but cheers from throngs of committed fans as singer Neil Fallon frolicked about the Octane stage raising the concept of audience engagement to an art form as the rest of the band stood stoic and focused on their instruments behind him. Shred lord Zakk Wylde and Black Label Society brought their brand of sludgy southern swagger with a vengeance on the Space Zebra stage soon after, with their Black Sabbath-like groove machine "Suicide Messiah" stealing the show. In an act of brilliant showmanship and camaraderie, Wylde would later wind up on the Rockvillian stage lighting up the fret board with fellow southern metal mainstays and NOLA exports Down, though not even a legend of his caliber could upstage the ferocity that Phil Anselmo would bring to the microphone.

As night fell upon this grand series of sonic spectacles, the theatricality and showmanship on display ended up reaching its inevitable fever pitch. Los Angeles-based Gothic alternative metal nonconformists with occasional Cradle Of Filth musings In This Moment basically split the difference between a rock set and a dark Broadway play meets twisted beauty pageant, as the elaborate array of occult props adorning the Octane stage saw vocalist Maria Brink sporting a unique and elaborate outfit for each song while serenading the crowd with her own blend of singspiel that one might call screamspiel. Papa Roach and Five Finger Death Punch would opt for a plainer visual approach in line with modern rock trappings as far as clothing was concerned, yet the musical competence of the latter and the animated high jinks and energy of the former's helmsman Jacoby Shaddix were theatrical spectacles unto themselves, and the massive array of dancing lights and pyrotechnics accompanying their sets of fist-pumping anthems were off the proverbial hook.

With the theatrics seemingly to have been pushed to the maximum, only one band could have hoped to push things into uncharted levels of visual pizzazz, namely the first night's headliner KISS. As the de facto originators of what has come to be known as visually-oriented hard rock, they would pull no punches and spare no expense in giving the crowd the most unapologetic display of visual fan service imaginable. Their 90 minute set would be similarly as larger than life as the endless streams of pyrotechnics and confetti, kicking things off with the shuffling banger "Detroit Rock City" and cycling through just about every hit the band has fielded in their near 50 year career before chalking up their two song encore with a boisterous rendition of "Rock And Roll All Night". Despite their advancing years, co-founders Gene Simmons and Paul Stanley wanted for nothing in the enthusiasm department, and the contributions of drummer Eric Singer and lead guitarist Tommy Thayer were nothing short of stellar. It was the final supernova of a day where every star, large or small, was given their chance to shine, and the only desire likely left in every concertgoer's head as they retired to their hotel rooms would be for cooler weather on Day 2. 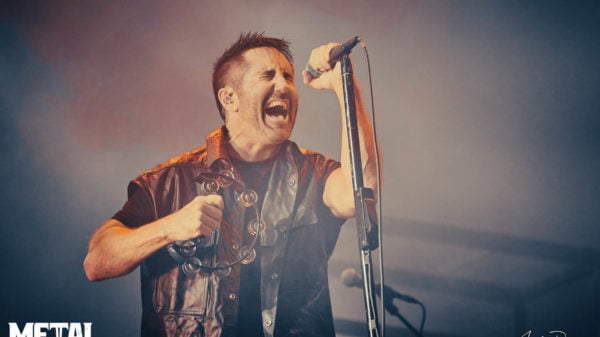