While I've hit up every annual California-based Knotfest so far, I never had the balls back in the day to attend an Ozzfest. Although I was fairly too young for a majority of the festival's lineups, it's hard not to wish for a time machine where I could see Neurosis, System of a Down, Fear Factory, or Slipknot on a side stage. When Sharon Osbourne announced Ozzfest Meets Knotfest last year, I thought it'd be a perfect time to make up for lost opportunities.

To start off the day, Rings of Saturn shredded the sleep out of our eyes. Although they were missing a member for the day, their sound was very tight for a tech death group playing at noon through festival side stage quality speakers. Fallujah is continuing to convince me that they are flawless. And furthermore, their new vocalist Monte Barnard (The Kennedy Veil, Alterbeast) has officially proven his worth in my book. It isn't certain if Barnard will transition from a touring member to official status or be eventually ousted, but I am fully onboard with him filling the shoes of Alex Hofmann.

Havok is what I would consider in their transitional stage from being a 'new up-and-coming act' to solidified in the metalhead's must-know bands. To label them simply as thrashers would be overseeing their technical prowess as displayed on stage in heaps for "Hang 'Em High," "From the Cradle to the Grave," and more. Next couple acts served to be impressive, yet comical as the transition from 1349's long-haired grimmace-faced dressed all in black audience merged with Iron Reagan's punk-packed crowd as their stages were neighbors. Vocalist Tony Foresta riled up their fans by shouting "Fuck racism, fuck Donald Trump, and fuck Nazi sympathy" midset with a large uproar in agreement.

Matt Pike of High on Fire seemed to be struggling a tad on stage with technical issues, but still brought the volume with his sludgy hits. On the contrary, Baroness absolutely killed it on stage. With the newest addition of their guitarist Gina Gleason, the group's flow was butter smooth. "If I Have To Wake Up (Would You Stop the Rain?)" is a beautiful anthemic piece to contrast with the day's more extreme tendencies. If you have the chance, definitely go see this band.

Arriving at the main stage as the sky went dark, Deftones' loud and heavy set heated the crowd back up. I missed the first twenty minutes or so of their performance, but I'm fairly certain the band played zero Gore songs, which is kinda strange considering it was recently released. Prophets of Rage blasted through Rage Against the Machine, Public Enemy, and Cypress Hill tracks as usual, but the real highlights were an instrumental rendition of Audioslave's "Like a Stone" in honor of Chris Cornell and the "Killing in the Name" closer. Finally we got to the big headliner of the night, Ozzy! And oh boy, what a disappointment that was. Squeaky vocals and unnecessary Zakk Wylde pinch harmonics galore. Perhaps I'm overly biased in favoring Black Sabbath over Ozzy solo material, but even the band's renditions of Sabbath songs like "Fairies Wear Boots" and "War Pigs" were embarrassing as I ultimately decided to leave early. The following day, the fitting news of Ozzy's farewell tour was announced.

Dawning all white-out contacts during their energetic 11AM performance, Ded bridged the stylistic gap between the melodic nu metal of Limp Bizkit or Linkin Park and the aggression of modern metalcore like Emmure. Female-fronted Stitched Up Heart wasn't personally my cup o' tea, but they had a good amount of sing-along moments. One of my favorite new prog bands, Oni, played a new song with a crazy xylosynth part as usual. The talent kept coming on side stages as Code Orange hyped everyone up. The group's synths were more in the forefront than the guitars and bass this performance, which to my surprise, sounded amazing.

Sid Wilson aka DJ Starscream from Slipknot was the last act on the Nuclear Blast stage, which in theory sounded pretty rad. However, the crowd was surprisingly sparse and the performance was simply Slipknot remixes and cringy krunk rap tracks. I came to the conclusion that Upon a Burning Body would be a more enjoying experience instead and I was quite correct. My experience seeing this band in the past has been hit or miss, but I think this performance was solid with the mix of their new more Mexican-cultured deathcore tunes. Prayers, the first act on the main stage who label themselves as cholo-goth, were easily the sore thumb of the lineup. Their musical identity consisted of electronic and punk elements cranked out by a synth player and an abrasively loud vocalist alike Youth Code. The next act, Eighteen Visions, reignited the metal flames with their intense post-hardcore/metalcore bangers. Although a lot of the songs sounded the same, the group packed a punch for their entire forty minutes.

Marking his first appearance since his New York on-stage injury, Marilyn Manson revealed his stage presence strapped to a pope-throne stretcher. In other Manson news, bassist Twiggy Ramirez parted ways with the group following rape allegations, resulting in the debut of new bassist Juan Alderete (Racer X, The Mars Volta). While the frontman's injured ankle truncated the setlist to ten songs, typical setlist staples were beefed up by new tracks "Revelation #12," "Kill4Me," "We Know Where You Fucking Live," and "Say10." And at last, the main stage was arranged with monster heads, a giant boombox, and TV displays galore. Rob Zombie's live presence was full of personality as the frontman jumped around stage and ran through the amphitheater seating. A couple inflatable aliens were tossed into the pit prompting "Well, Everybody's Fucking in a U.F.O." Before his "Dragula" encore, Rob delved into a trifecta of the White Zombie hit "Thunder Kiss '65," Ramones' "Blitzkrieg Bop," and Alice Cooper's classic "School's Out." All in all, I found Knotfest more enjoyable than Ozzfest, both in lineup and the inclusion of freaky stilt-walkers adding some extra pizzazz. Regardless, the whole weekend was a fucking blast with a variety of powerful acts, sights, and people watching. 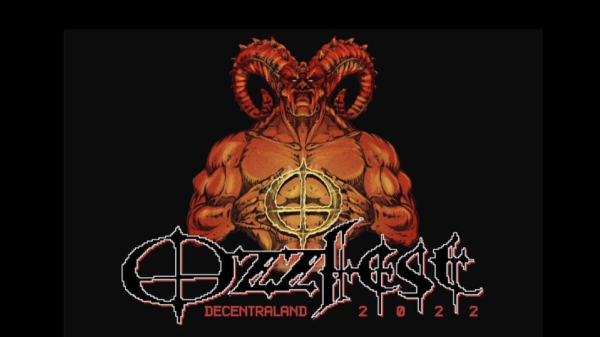 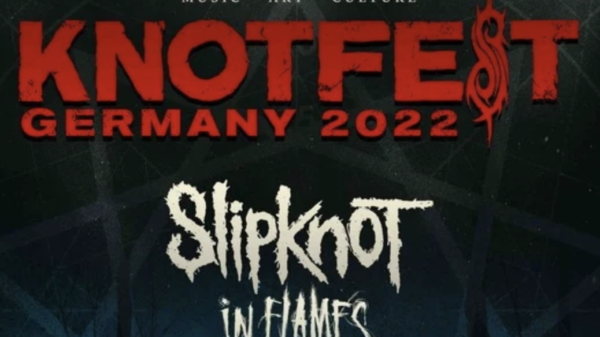 Slipknot is expanding their Knotfest series with a first-ever Germany appearance on July 30, 2022. The festival so far includes Ghostemane and In Flames... 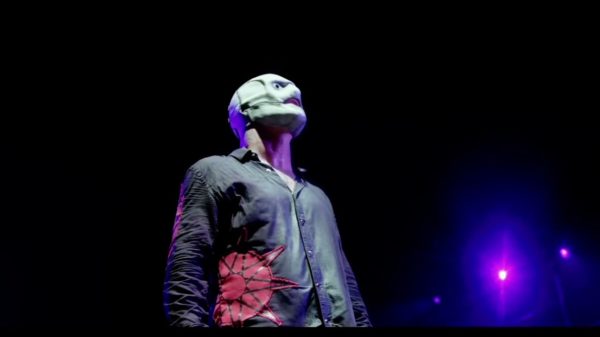 Of course due to the never-ending pandemic.