Maynard Reveals He Got COVID-19 on TOOL Tour; Hints At Who He's Voting For in U.S. Election 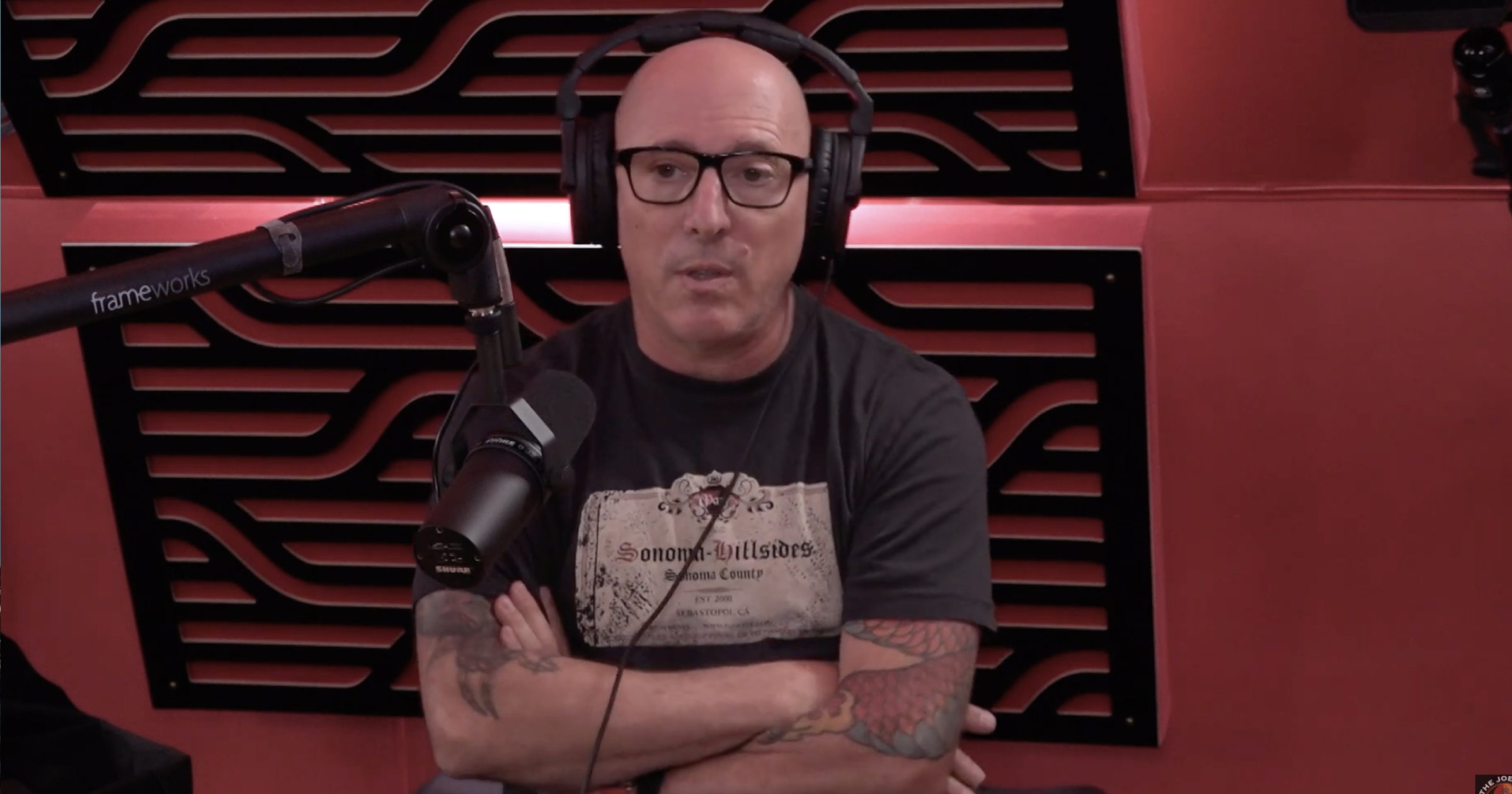 Tool and Puscifer frontman Maynard James Keenan returned to The Joe Rogan Experience and the 93-minute interview was a doozy. The most notable piece of info to come out of the interview Maynard confirming that he in fact contracted COVID-19 during Tool's Australian tour.

Maynard revealed recently he's still recovering from lung damage, an after effect of suffering from COVID-19. He didn't offer much info in the previous interview, but he really dug into it with Rogan.

The fine folks at ThePRP transcribed some of his answers, and Maynard explained how he first contracted the virus.

“I didn’t have a bad [case], yes and no. So it was one of those, you know I’m in Australia. We went out to dinner… and immediately food didn’t taste right, but this is now, this is all hindsight, right I didn’t know at the time. We didn’t know that these are the things you’re looking for, like immediately.

So nobody knew what to tell you. I immediately was sick, then I had to get on an international flight the next morning, fly to New Zealand on… I’m a super spreader [jokingly replying to Rogan], I brought it [to New Zealand], it was in me. And I put it in you.

So we got there, I was like four days in the hotel. Cuz we have four days off before the shows. So I was just drinking water, hot showers, taking care of myself, hot tea, just trying to get through it and it sucked. But you didn’t know yet that like what, how bad this thing could have been. if I’d have known how bad it could have been I would have been freaking out.”

[I] isolated pretty well like I you know I was, I grabbed the masks before I even got on the plane, because I just instinctually like just having, you know friends that are that are, you know, going to Taiwan and going to Japan like you just see the mask, like, Okay, I’m probably just gonna wear the mask anywhere on the plane.”

Rogan asked if this was going on prior to the larger awareness of the virus, to which Maynard responded:

“No, it was happening. I asked the doctor when I got to New Zealand ‘do you think this is COVID?’ He’s like, ‘did you have a fever?’ I’m like I don’t remember if I had a fever, well then ‘you didn’t have COVID.’ Okay.

So I got through that. I was able to do the [Tool] show I didn’t have to close my throat down enough [that[ I would have to cancel.”

“Then the next show was going to be in the Northwest…” [Rogan asks how hard it was to sing] “It was not, it was not fun. We had to kind of adjust to set around a little bit, don’t put the hard ones in. I

Maynard would go on to train with his buddies in Hawaii, but had difficulty with his hands, thinking he sprained them. The Tool frontman revealed he already suffered from arthritis, and after visiting an arthritis doctor, he was told he was dealing with the after-effects of coronavirus.

But I finally went to a doctor, an arthritis doctor, and he was like ‘okay so walk me through when you first saw…’ And I started walking him through everything he goes, ‘you had COVID.’ And what what are some of the side effects that you find are the are that inflammation.

So whatever I guess so it’s some kind of a rheumatoid response. That alone would be well maybe, I’m just 56 and I have arthritis, but my blood work was completely clean everywhere else no other issues anywhere else in my body but just the wrists, explaining that, but I still have the cough.

Maynard revealed how he was coping with the after-effects saying “The Methotrexate goes for about, it’s like you know I did, I’ve done it for now 10 weeks. I have another five weeks supposedly I’m gonna do, but I’m going to continue the CBD after that.”

Maynard also had a message for COVID denialists:

“I’m still feeling residual effects of that. I feel like there’s a bunch of people that that—maybe I didn’t almost die—I have friends who almost died. Yeah, it was close. So then you have people going… apparently I’m being paid to say this [that he contracted COVID-19]. Eat a dick dude.”

Finally, Maynard weighed in on the current U.S. election:

“You start to default back to the position of, okay well this I’m gonna step back and just see in my lifetime, what What haven’t we seen? Okay well in my lifetime, we haven’t seen a female black president. So if you’re voting for Biden, in a way, you have to be a little honest about it, you’re actually voting for Kamala Harris because it’s very possible she’s going to be the next president.

But is she an awful person? Is she a bad person? Is she a good person? I don’t know. I just know that it’s a step forward. It’s something that hasn’t happened before me, and I get to be alive when we’ve, when we have a female president.”

At this point, Rogan joked “well we’ve never had a Nazi president either early, would that be a step forward?”

Keenan quipped back, “well we already have that. [laughs]” Rogan jokingly responded, “Oh I don’t think he’s a Nazi. He’s got a Jewish son-in-law. He can’t be a Nazi.” Things veered off after that, as they pulled up pictures of Kushner next to "Damien" from The Omen films.

You can watch the full interview below.

Puscifer are taking social distancing to another level with their conceptual new livestream event, happening in the heart of the Arizona desert on the day of the release of their new record, Existential Reckoning, October 30th. More info here.