Max Cavalera Explains Controversial Decision To Cut Off The Dreadlock 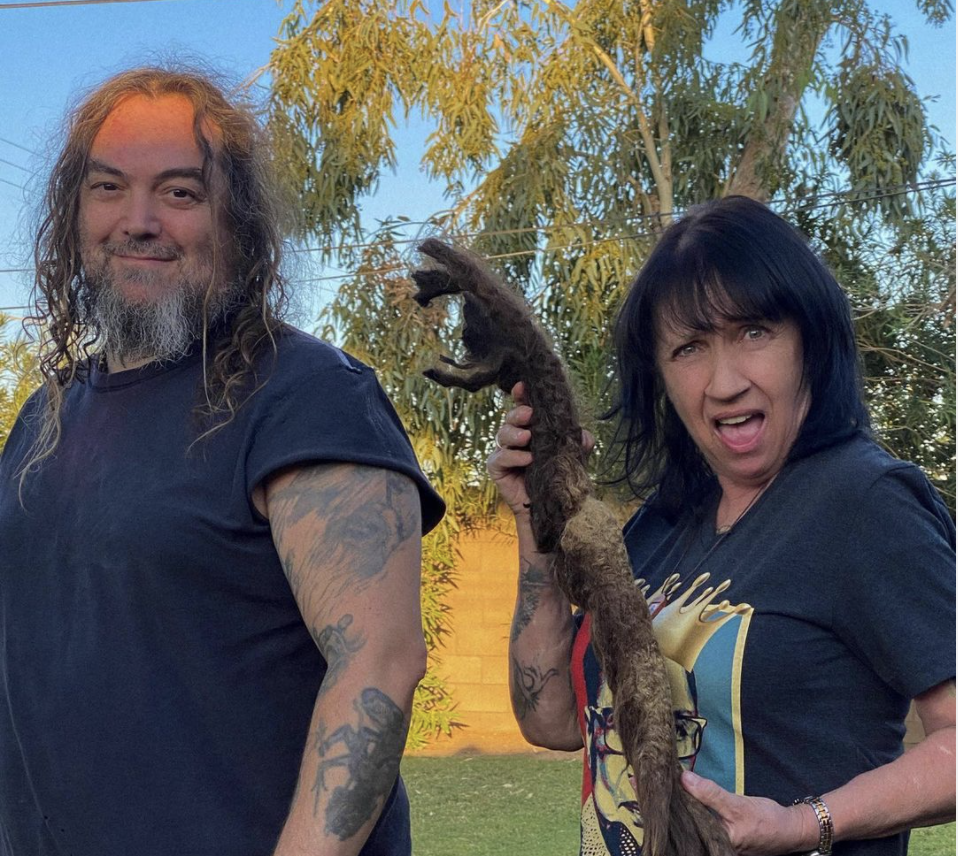 Last week, we reported that Max Cavalera finally cut off the dreadlock he's been growing for nearly 20 years. The story became a major one, surprisingly, one of our most visited stories of last week. Cavalera, himself, was taken aback by the response.

He recently spoke to MMM Hard N Heavy to explain why exactly he made the decision:

“It was kind of crazy. I wasn’t expecting that reaction. In fact, when I decided to cut it, it was kind of out of the blue. I woke up one day and I told my wife [Gloria Cavalera], ‘I think I wanna cut my dreads.’ And she was very surprised, ’cause it’s been with me for 23 years. She [was, like], ‘Really? Seriously?’ And I was, like, ‘Yeah, it’s bugging me. It’s very heavy. I kind of feel like I need something new, something fresh in my life.’ So we just did it.

“It was a Sunday afternoon at my house. We were having a family dinner. I just went in the backyard and she had a pair of scissors, and [I said], ‘Cut it off. Just cut it off. Let’s not make a big deal.’ But she took a picture and posted the picture. And that was a problem. That was where the shit hit the fan. [Laughs]”

“I didn’t expect [the huge reaction], man. My son called me. He was, like, ‘You’re number one on Google News.’ I don’t even know what that is. I was, like, ‘What the fuck is that?’

“I think [Gloria] wants to frame it and put it on the wall in the house and then do something with it eventually in the future. Those are manager things that I don’t get involved with, manager decisions. [Laughs]

“I tell you what, man — it feels great not having that thing around. It was good, but it had its time. It was time to go; it was time to move on. I feel like I’ve been liberated from the dread. It was very heavy, man, and it was really long — it was all the way to my ass.

“Everybody was, like, ‘2020 doesn’t get more weird than this. Even Max is cutting his dreads.’ Which I didn’t even think about it until later, that I did it. I was, like, ‘Yeah, it actually is in 2020 that I cut my dreads off.’

“It’s just one of those things. Like I said, it was a spur-of-the-moment decision. I just woke up one day, and I was, like, ‘I think I’m done with this. I think it’s time to cut it off.’ And I just did it. And it’s finally done. But I didn’t know it was gonna cause such a shitstorm. [Laughs]”[via]