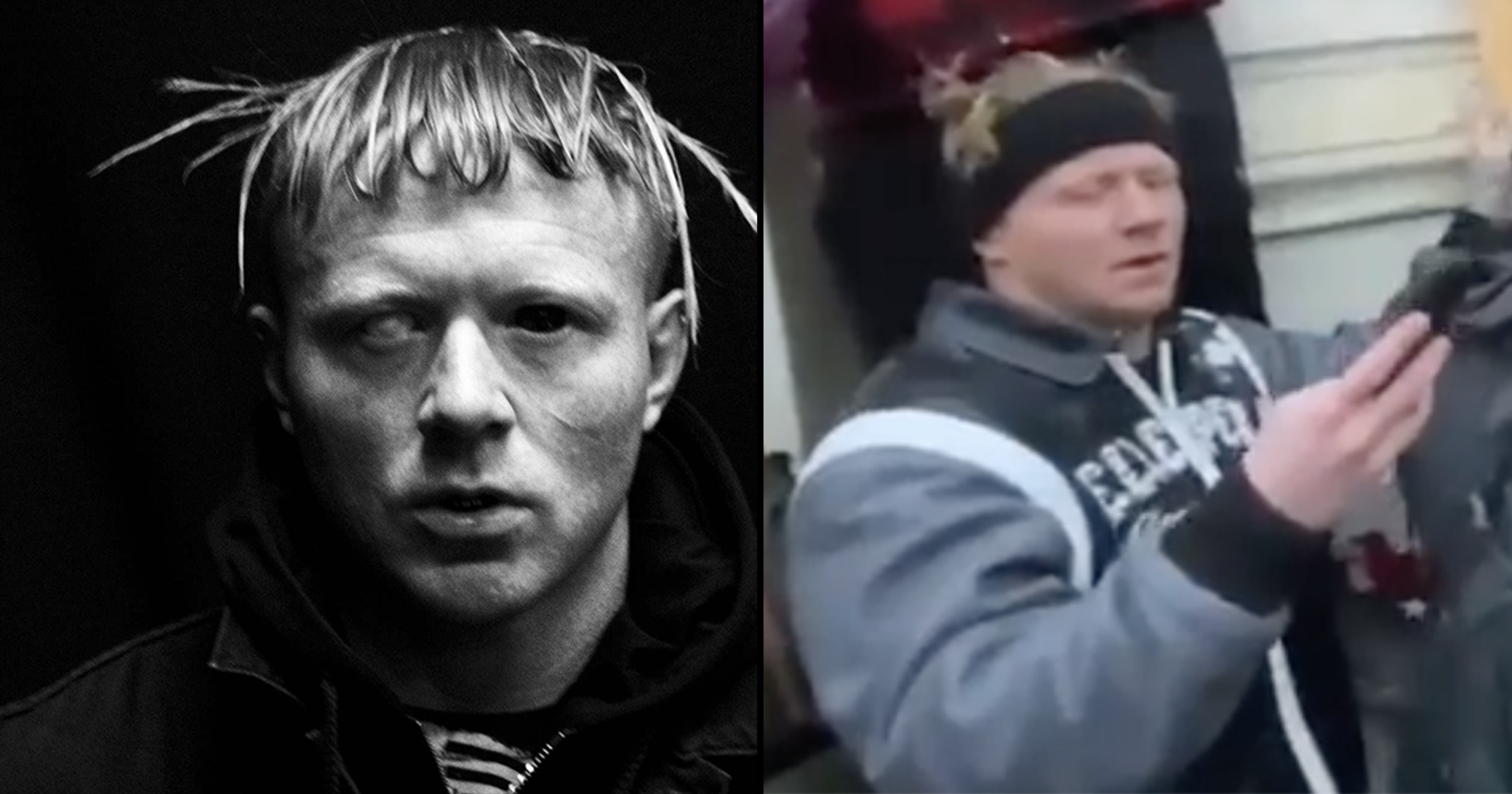 Last Wednesday, thousands of people, many of them Trump supporters, made their way to Washington D.C. to protest the results of the election. The ensuing protest ended up being a riot with many people storming the U.S. Capitol building. One of the folks spotted was Iced Earth's Jon Schaffer, but turns out he may have not been the only metal musician in the vicinity of the Capitol. A photo has surfaced that seems to put King 810 frontman David Gunn at the steps of the Capitol building.

Gunn was spotted in a photo wearing a very loud jacket. Update: Gunn admitted to being at the protests, but said he did not do anything illegal. You can see his full statement here.

Multiple eagle-eyed observers pointed out that Gunn can be seen with a similar jacket and hairstyle in multiple photos online.

It should be noted there is no evidence that Gunn actually went into the Capitol. The photo is shown on the outside of the building. Video footage that surfaced on Reddit shows the person who looks a lot like Gunn at the doors of the Capitol, but not actually entering.

You can see him in the footage below starting around 10:30.

Footage of Officer #5586 (Miller) being dragged out and beaten at the Capitol. from r/PublicFreakout

[Thanks for the tip, Brian]