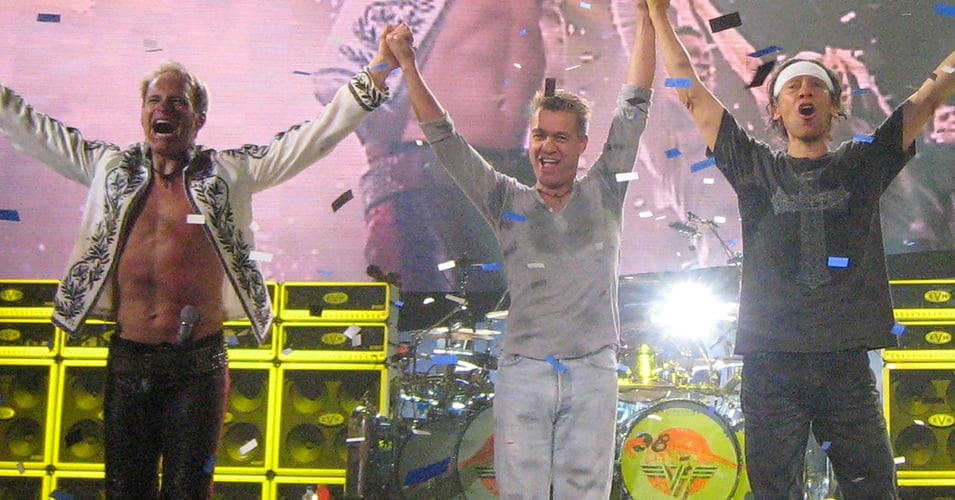 Things don't look good for fans hoping for a Van Halen reunion. A few years ago, Roth seemed to insinuate a Van Halen reunion tour with Michael Anthony was in the works, with the band hoping to book Yankee Stadium, but those plans did not come to fruition. Roth announced a Las Vegas residency next year, giving further clues that no Van Halen shows would be on the horizon.

In a new interview with  WRIF "Meltdown", Roth was asked about the rumored Van Halen reunion tour that was supposed to happen in the summer of 2019, and he said "That's been canceled a number of times. I think Van Halen's finished and this is the next phase," referring to his Vegas residency.

Roth got a bit more cryptic as he went on saying "I've inherited the band de facto — whatever that means. I think it means if you inherit it, carry this proudly. Van Halen isn't gonna be coming back in the fashion that you know. And that being said, Eddie's [Van Halen] got his own story to tell. [It's] not mine to tell it."

It will be interesting to see if anybody is able to get a hold of Eddie Van Halen to get any comment from him.

In an interview with Marc Maron earlier this year, Roth said of his relationship with the Van Halen brothers, “We have always hated each other, right up until the last phone call.” As for what caused it, “There were always creative differences. We’ve never gotten along. We started in rival bands. Bitter rivals. But we were thrown together and it was amazing.” He later joked “Think of your favorite jeans, their ruined and full of holes. What you love most about them is the fucked up parts.”

When asked by Maron if he would hang out with the Van Halen brothers or have dinner socially, Roth said “Not even close.”