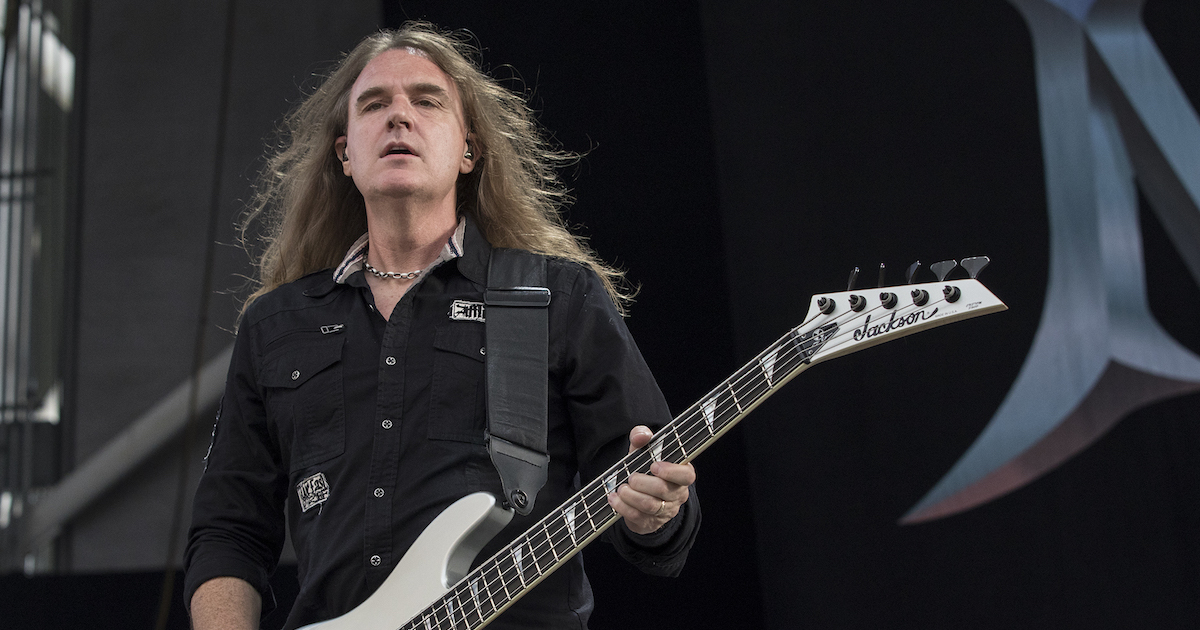 At the time, Ellefson said the "certainly embarrassing" leaked materials were not something he was proud of, but stresses that the footage was "taken out of context and manipulated to inflict maximum damage to my reputation my career and family." Specifically, Ellefson noted the person he was interacting with was of age.

Now Ellefson has issued a statement to Rolling Stone, saying he's working with local police on an investigation into the person who posted the video. Ellefson said he plans to charge the person responsible for posting what he deems "revenge pornography" online, and that he's also filing a defamation lawsuit against the person.

"Recently, a very private video was illegally posted on the internet and false allegations were made against me. The actions in the video were between two consenting adults and were recorded without my knowledge.

"This person will be prosecuted to the fullest extent of the law. I am taking this time to be with my family. I wish my bandmates the best with their upcoming tour."

In a recent statement statement regarding Ellefson's departure from Megadeth, Dave Mustaine wrote "We are informing our fans that David Ellefson is no longer playing with Megadeth and that we are officially parting ways with him."

"We do not take this decision lightly. While we do not know every detail of what occurred, with an already strained relationship, what has already been revealed now is enough to make working together impossible moving forward.

Ellefson played with Megadeth from their inception in 1983 up until they broke up in 2002. Ellefson rejoined in 2010 and played with the band until this year.