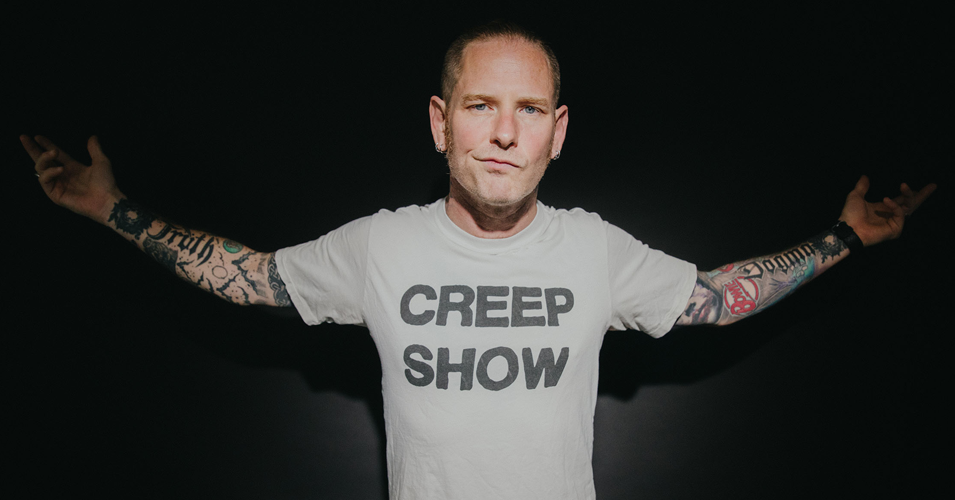 With Corey Taylor's solo material release around the corner, we, the rock media, are treated to a new round of great Corey Taylor quotes, which seem to very much engage you, the Metal Injection reader (believe me, I check the stats). You may recall in 2019, Taylor took some jabs at the state of the rock world during an interview with Kerrang!.

At the time, he was describing the sound of his solo material saying "Some of it is a reflection of being sick and tired of this nutless rock’n’roll I’ve seen lately that is real soft. I like my rock’n’roll to kick me in the fucking nuts. That’s just me though, I’m a fucking dick!"

Kerrang! followed up on the comments as part of their new digital cover story, and Taylor started by saying that folk rock “sounds like a fucking Dove soap commercial,” before expanding on his thoughts:

“It’s really safe and fucking weak, and it feels like there’s no attitude,” he laments. “There’s nothing that’s offending people’s sensibilities, and that’s what rock is supposed to do sometimes. That’s not to say that there are aren’t good fucking bands out there doing it, but it just seems like the types of music that are really getting all the attention are the safe bands, and I hate anything safe.”

Taylor is quick to note that the new album is not anti-rock, but rather to show rock can be fun again “This isn’t exactly an anti-‘genre is dead’ kind of vibe, and it’s fine that genre is dead, but rock is still fucking awesome, so get over yourselves.”