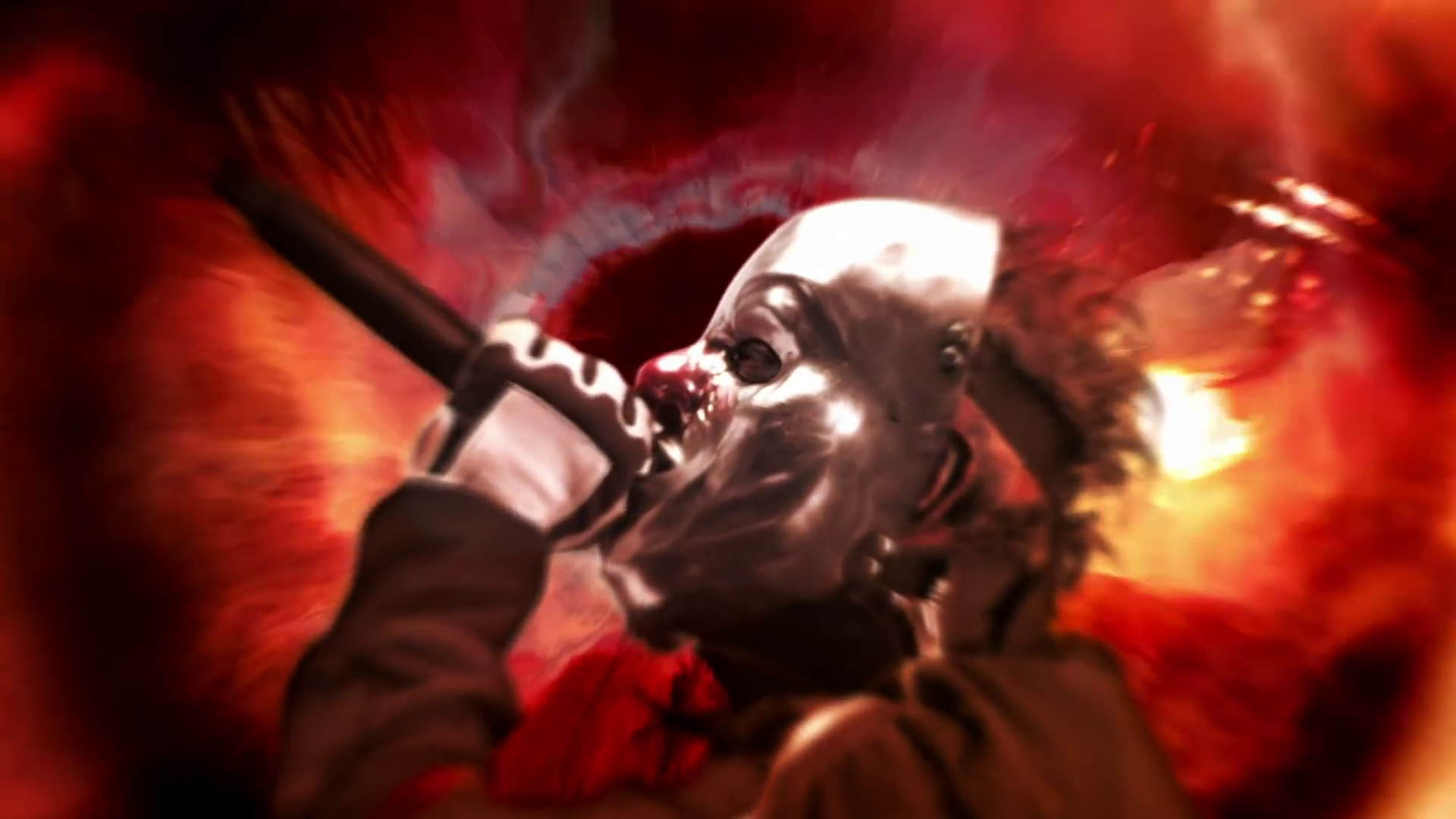 When you're in a band as big as Slipknot, sometimes management will make you do things you might not exactly have agreed to do on your own. Clown revealed such an instance during a recent interview.

Clown was interviewed by Mosh Talks, a interview series on KNOTFEST.com, a metal publication that bares Slipknot's branding, launched by Slipknot's management company, to talk about how much Clown hates doing his own podcast, which is also hosted on Knotfest. I guess I applaud the synergy?

Clown's podcast The Electric Theater Podcast has been going for a year but he "he reason why I hate it is because of numerous things that we could spend many, many hours speaking about, we'll just get to a couple of them very obviously."

Clown revealed that he was "forced" into doing it, before reeling back and saying he was "talked into" doing the show, and then offered an intricate explanation (which I'm still trying to process) as to why he's not into it…

"I'll be completely honest with you – I hate it. And the reason why I hate it is because of numerous things that we could spend many, many hours speaking about, we'll just get to a couple of them very obviously.

"No. 1, right or wrong, I take everything I do very seriously because life is a gift, and I think what a lot of people around me haven't seen is that it's been a lot of people taking shots at me, or my van, or the band I'm in, or what we stand for, or the art…

"It's been that way from the beginning so there's a certain side of me that comes through on the tree, and I don't always like pelicans sitting on my branches. I've been known to cut branches off…

"So, I don't like it because it's so personal, and I got forced to do it, to be honest with you. I got talked into it, forced into it, I decided to do a podcast because it was a challenge. I was asked to do something to partake, which I am part of without being part of.

"But I was asked to be a little bit more personal, and that's hard for me because I ask myself, 'Are you personal? Is it real? Am I going to be made out to be one way or another?' So for me to do a podcast is very difficult because A) the podcast is about two people that don't know each other that well, and just have a normal conversation.

"All the conversations are probably going to lead to creativity, yes. I guess that's just the natural thing of me, I'll take that to note, though. I am talking to someone who hasn't been to space but works on planets – I find that an art form so I don't know how I'm gonna talk to him without being like, 'Alright, man, is it real?'

"I don't want the personal conversation to get confused, I need it to be made out to be something. I carry a heavy burden, this Clown thing. First of all, true, I am, you can't change it nor deny it. I'm not even from here.

"I know that in heavy moments is mainly family. It's a problem because you would think that I'm just me, and we don't have to think about anything else. But generally, this is what I hear, and I want you to know that I'm on this 'new kick.'

"The 'new kick' is that anything that was yesterday is null and void. Period. Doesn't matter. I don't care how passionate, if I told you it was factual, it's done, it's over with. It makes no difference to me.

"But, if you're like, 'Is it true you still love your wife?' I'd be like, 'Absolutely, absolutely! More so!' So obviously, most of everything that I'm saying is null and void remains the same but anything, anybody wants to try to prove otherwise in any hurtful manner without… It's so contrived and foolish."