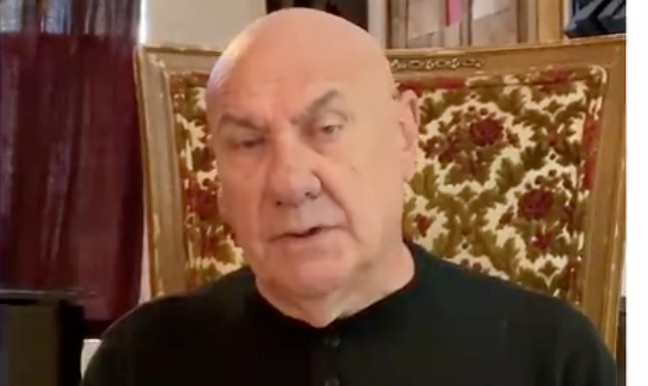 In 2011, Black Sabbath announced they would be reuniting for a new album and tour. Not too long after, Bill Ward bowed out of the reunion citing financial reasons. Shortly after, Ozzy would go on to say that Ward showed up in no shape to play Sabbath gigs. Fans thought Ozzy was being brash, but in a new interview, Ward now admits he is in no shape to play Sabbath live.

In various interviews, Ozzy said Bill was too overweight to play, and, once the promo cycle was wrapping up and talk began of a new album, Ozzy said he hoped Bill Ward "gets his stuff together" before the final Sabbath album that never came to be.

In a new interview, Ward spoke to Eddie Trunk revealing that he no longer "has the chops" to drive the band onstage.

The full quote (transcribed by Blabbermouth) is "Well, I'm not done with Black Sabbath legacy. [Laughs] I haven't been done. I was made done, but I'm not done. So, the others might be done, but I'm not. But being realistic about that, as far as touring with Black Sabbath, I don't have the chops, and I don't have the ability to drive a band like that on stage. I have to be back to 60 years old to be able to do that."

Ward continued: "I would love to do a studio album with Sabbath, with all the original members. I'm just saying that — I'm just floating that out there. I haven't talked to anybody about that or anything else. But I'm not done. So, the other three might be done, and I respect that, but no, I'm not done. I think as long as we all exist [laughs] and we're still breathing in air, I think we have every possibility of making some great music together."

Bill went on to reiterate his desire to make a new studio album with Black Sabbath but confirmed that he no longer wishes to play live with the legendary heavy metal act.

In 2013, Ozzy said "Bill Ward has got the most physically demanding job of the lot of us, 'cause he's the timekeeper. I don't think personally he had the chops to pull it off, you know. The saddest thing is that he needed to own up to that, and we could have worked around it, whether we had a drummer on the side with him or something."

The band wanted Ward to split duties with another drummer on the road, something that Ward balked at and ultimately left the reunion tour.