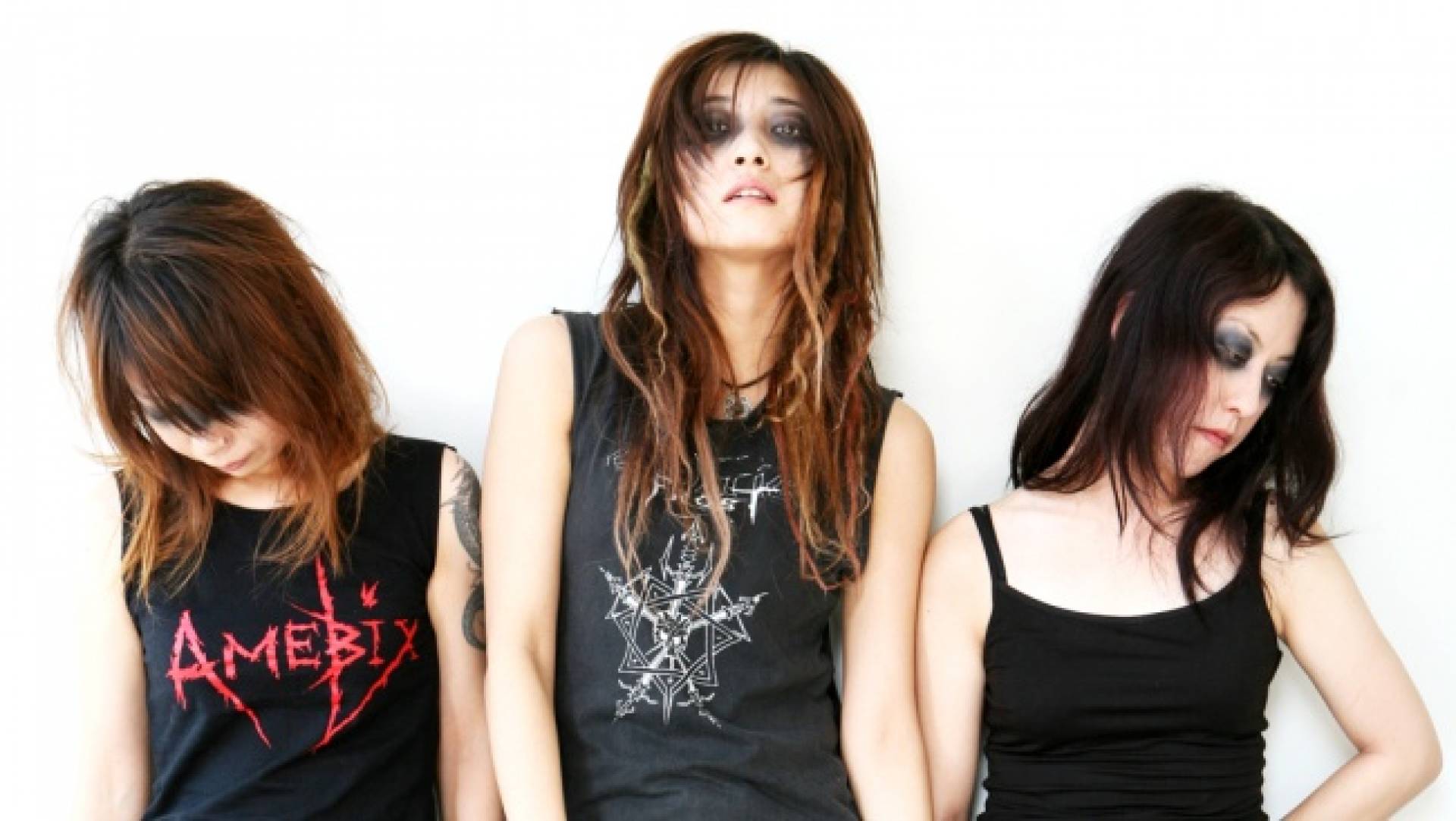 Black metal as a musical form of expression in Japan goes back second only to Europe. Bands like Sabbat and Bellzlleb emerged in the mid-80s with a sound and look which both borrowed from their Euro counterparts, yet was uniquely Japanese. Conversely, thrash bands like Sacrifice took the darkened aesthetic from Venom and Celtic Frost for their Crest of Black album. These bands were recognized early, with Sigh releasing Scorn Defeat on Deathlike Silence Records, the label owned by Euronymous of Mayhem.

Many of the bands that materialized out of the late 80s are now defunct, only leaving some demos or memories of noisy and violent live shows, which have influenced the bands that came up later. Some bands who made short, violent impacts on the scene include Martyrize, Funeral Rites, Mortes Saltantes who later became Magane, and later acts Frzn, Deathchurch, and Funeral Elegy.

The ones who stuck through the years continued to add to the mythos. The history of black metal in Japan is still being written, with bands like Fatal Desolation adding to the scripture. From Sabbat to SSORC, we now take a look at this book of black metal from the Orient.

The black mass that is Sabbat started in 1983 from the skeleton of a band called Evil. From this root of evil, the band steered into a darker direction, playing Venom covers, and changing their name to Sabbat. Member changes plagued the band in the early years, though by 1991 with their debut album Envenom, as well as the few that followed, Sabbat were soon on the front pages of Japanese magazines. Since then, Sabbat have been seen as one of Japan’s legends of black metal, Their dozens of live albums contest to the fact that seeing Sabbat in person is a highly sought out black ritual for any music fan interested in black metal from the East.

Back in 1985, members Tetsu and Yuji summoned the occult powers of Crowley, cult horror films and satanic philosophy to form the black/doom/hardcore hydra Bellzlleb, who haunted the Japanese club scene from 1985-1992. Satanic Metal and their chaos-filled self-titled disc brought ghastly blackened incantations to cheap stereos around Japan during their tenure, though unfortunately the band was exorcised in 1992 when Tetsu felt the band couldn’t sound any better than they had prior whilst becoming disenchanted with member changes.

He who destroys a thing, controls a thing. Sigh destroy black metal conventions, therefore, they control them. Ever since their classic Scorn Defeat was released, Sigh have consistently rewritten the black metal rule book, having a sometimes-psychedelic approach with the utilization of such non-black metal instruments as the saxophone, which all have their rightful place in the band’s compositions. Since their formation in 1989, several of Sigh’s albums could be considered classics in the genre, including Imaginary Sonicscape, Hail Horror Hail, Hangman’s Hymn and their latest Heir to Despair.

The year was 1991 when Sadis Gordinn’s grim vision of putting together the darkest, coldest and most infernal band ever came to rotten fruition in 1991 when the Osaka native put together Cataplexy. Since these fuzzy, early years of demos, fast, aggressive, depressive black metal has been the mark of Cataplexy.While many of the bands in these early years faded out, the power of occultism and satanism has fueled Cataplexy and these days they are strong as ever, with the black fruits of their labor fully realized with full-lengths being released in 2008 and 2012.

“The Most Evil Band in Japan, ” Abigail, crawled out of the bottomless pit in 1992. Evil seeks evil, as they say, and they wound up opening for Sigh for their first gig. In 1996, their raw, thrashfest of a black metal album Intercourse & Lust was released – no doubt this was blaring on stereos to some bloody, candlelit, latex clothed experiences behind closed doors. In 2003, the band started to show its street style, releasing Forever Street Metal Bitch, though remaining as evil as ever through subsequent albums, with their latest, The Final Damnation coming out in 2016. Joel Grind has been a long-time Abigail worshipper, even playing in the band for a minute, while he and main man Yasuyuki Suzuki have the project Tiger Junkie together. Suzuki also brought the black/thrash/punk style to Barbatos, which keeps the grim party going and new band Bitcheater, whose sound goes back to early satanic parties in parking lot with someone spray-painting “Welcome to Hell” on the wall.

The wrath of this Tyrant began in 1994 with a raw, more straightforward style of black metal. Main songwriter Keisuke was inspired by Dark Funeral and Satyricon, though thought their level of musicianship was too advanced. Nonetheless, Tyrant began playing a more symphonic black metal style. Several lineup changes later and a new dimension of the band was unveiled with Under the Dark Mystic Sky, a piano tinged stroll into a cursed forest, released in 1997. While the band only has three albums to their name, their output is A-tier and is a case of quality over quantity.

If it’s something raw, low-fi, harsh and blasphemous you’re after, Infernal Necromancy, with their so-called "unoriginal primitive black metal" have you covered. From the mind of Psychoblaze, a one-man project of the same name lingered from 1996-1998. A few recruits and a name change later, and Infernal Necromancy was a full-fledged unit of attack by 1998. The band have released truly raw, basically beating-heart raw splits with bands like Kanashimi and Gorugoth and a full-length in 2008, which was themed after totalitarian expressionism.

Gallhammer were only around for 10 years (2003-2013), though their contributions to the scene are undeniable. As being an all-female band playing a myriad of blackened crust, black metal, doom metal, and crust punk, made unique due to the different members performing vocal duties on tracks, Gallhammer became something which was darker, harder and crustier than many of their contemporaries, leading to a deal with Peaceville Records. With their final release, The End, they band slowed it down to Melvins speed, embracing the darkness of sludge. The Vivian Slaughter led group carved their logo into the pumpkin of not just Japanese black metal, but the world’s.

The inverted cross in name and presentation, SSORC came out of the depths of hell in 2000 and have been waging war ever since with discs like Black Metal Terrorism and Infidel Eternal. The band was featured on the documentary Japanese Extreme Metal: The Documentary alongside bands like Coffins and Blunt Force Trauma. In this documentary they say some Japanese bands mix oriental melodies with black metal, while the other way is to mix many kinds of black metal from Europe to find the essence of it and then do it in this way. SSORC chose the latter, as their style is similar to that of European second wave bands like Mayhem, and holds a truly sinister essence.

Black metal circles don’t only exist in Europe, as the AAAA Collective features four Japanese black metal bands all having their name beginning with the letter “A” – Anguis Dei, Ahpdegma, Arkha Sva, and Avsolutized… Anguis Dei is symphonic black metal, Ahpdegma (featuring Jekyll from Manierisme and O. Misanthropy from Kanashimi) play a rather avant-garde style of black metal, Arkha Sva utilize high pitched, almost operatic vocals with traditional raw black metal while Avsolutized… also implement vocal styles not normally heard in black metal, which are surprising and pleasing, care of the talented Ur Èmdr Œrvn (who has performed in all four bands).

Japan, while being a heavily populated country, isn’t exempt from isolated black metal artists. Some who have materialized out of the country include Gnome, Darkcell and Endless Dismal Moan. Gorugoth was another legendary solo project operated by Kouzaburou Kojima. From 1992-2000, Kojima released several demos with Gorugoth, while also releasing harsh splits with bands like Infernal Necromancy. Session members who appeared on Gorugoth releases include Wood (Hurusoma, The Under, Gnome) and Darkness Profanation (Vomit Remnants, Deathlike Silence, The Under, Hurusoma, Tyrant). Currently, Kojima mans the bands Koozar and 黒狂.

This was a guest post submitted by Ryan Dyer. For Taiwan, Hong Kong or Macau bands, there are additional articles about the artists in these areas for your reading pleasure. Also check out his pieces on Chinese folk metal and Chinese black metal, best metal bands in China, Japanese sludge and women in the Japanese grind scene. 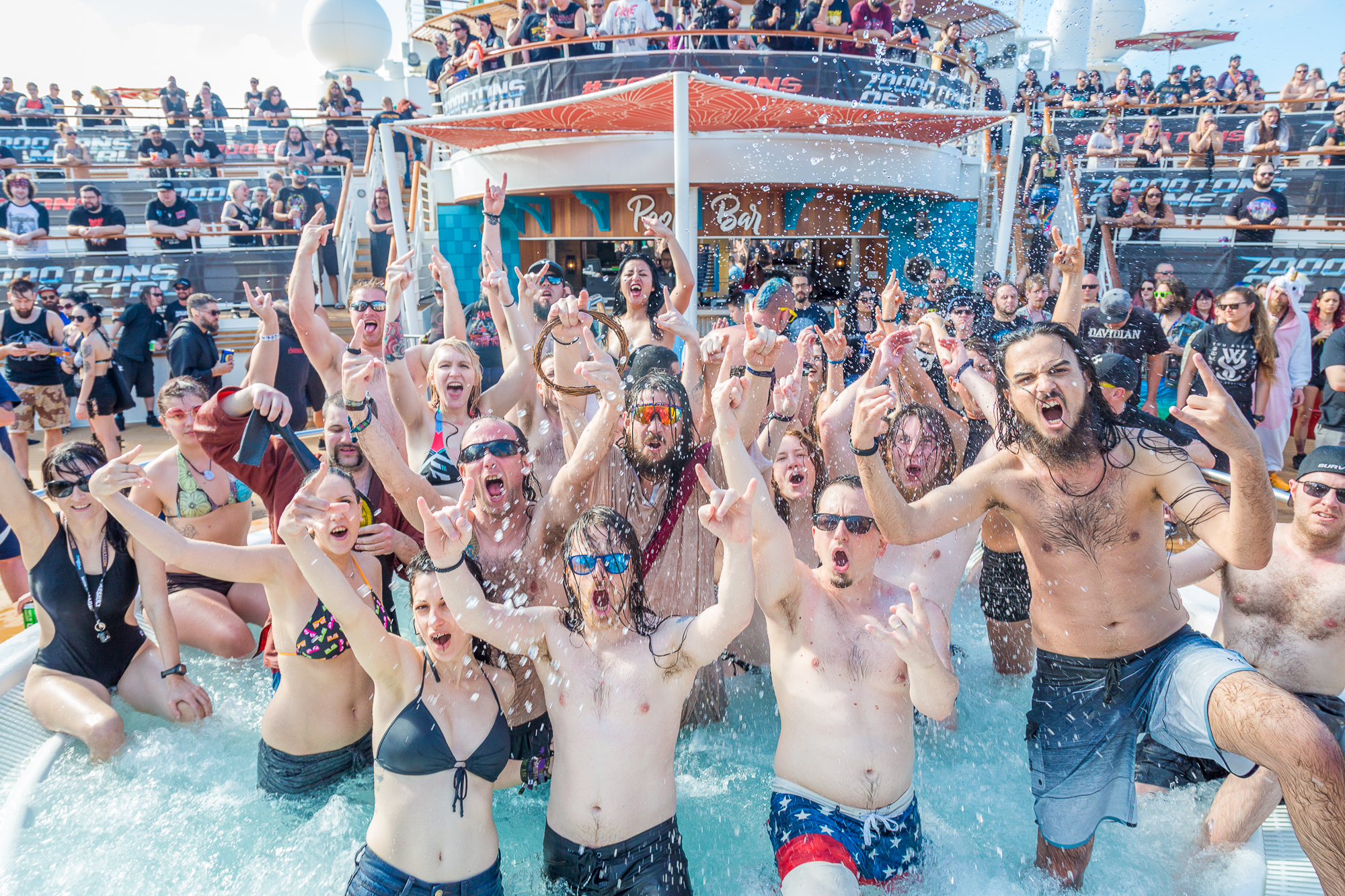 Get your swim trunks ready. 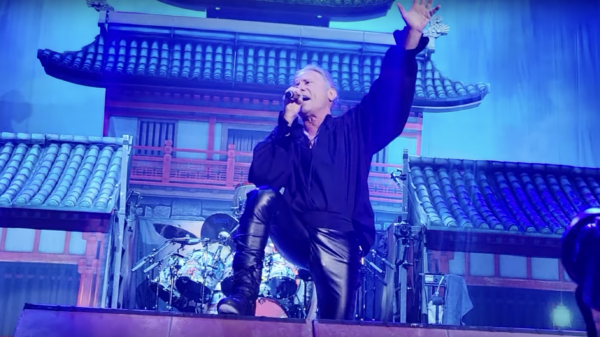