Looking back on crazy tales from the 80s about how American families genuinely thought that metal bands were turning their kids into satanists and convincing poor children to kill themselves all seem like such distant memories.

But in the great state of Texas, there still exists a push back to "devil worshipping" music. Ghost are playing tonight (Nov. 19th) in Midland, TX and a local pastor is concerned about what their music is doing to the community.

Pastor Larry Long appeared on the The Morning Show With Craig Anderson on the radio station KWEL and expressed disbelief that the local venue, the Wagner Noël Performing Arts Center, would book a band that he assumes are literally satanic. Emphasis very much mine:

“I was in a prayer group yesterday afternoon, so I didn’t learn about it until yesterday morning; I saw a Facebook post from a friend of mine. But it was during the time that we were spending in prayer, a group of us, that it [was] just really impressed upon me that we need to speak out against this. I don’t know that we can stop the band from coming — I don’t know how that works — but this is very concerning to me. And I’m not so much concerned about the band as I am about the fact that Wagner Noël didn’t have better sense than to sign this band. What are those people thinking? Are they a part of our community? Do they care what the majority of our community might think about something like that. It’s quite remarkable to me that they would even sign a band like that.

“Sure, I’m concerned about the content of the band,” he said. “We have a freedom of religion in America, which means a freedom of irreligion and anti-Christian faith, if that’s what people want to do. And so, from that sense, yes, the band bothers me. But I’m not in favor of outlawing the band per se; what I’m in favor is finding out from Wagner Noël what in the world they’re thinking… I don’t know what Wagner Noël can do once they sign that contract, but for Heaven’s sakes, they need better sense than this. And I think the community should be alarmed about it. This is not healthy for our community. Because we Christians believe the devil is real, so when you have a devil-worshipping band… And I’m sure the band believes the devil’s real; I doubt that they’re just doing this as a part of their shtick for music and music they produce and so on. And if you were to read some of the lyrics of their songs, they’re really quite disturbing.”

“The main band leader goes by the name of Tobias; whether or not that’s his real name, who knows? And then the rest of ’em go by ‘ghoulish horde’ or something like that. Of course, you see this kind of stuff and you say, ‘Well, how much of this…? Do they understand?’ I think that they understand all of it. I think that they are doing this intentionally, and I think they really do worship the devil, because I believe… as a Christian, as a biblical Christian, I believe the devil’s real. So I imagine maybe some people listening right now would say, ‘Oh, you guys are getting overblown with this,’ and those kinds of things. Well, you would only think that if you didn’t think the devil was real.”

Can somebody clue this guy in? Is it too late to do so? There was a prayer at the venue a week before the event. Here is a news report from the prayer, that is one of the most unintentionally humorous videos we've seen this week:

Here is audio of the Pastor making the statements we transcripted: 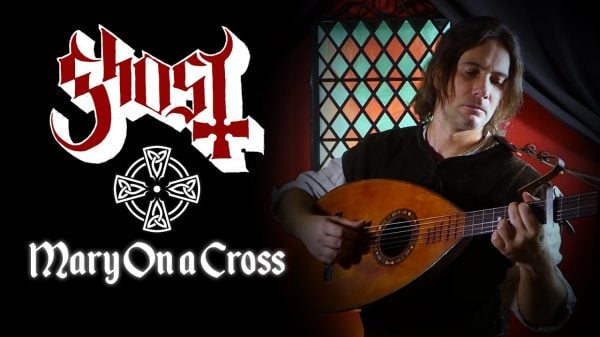