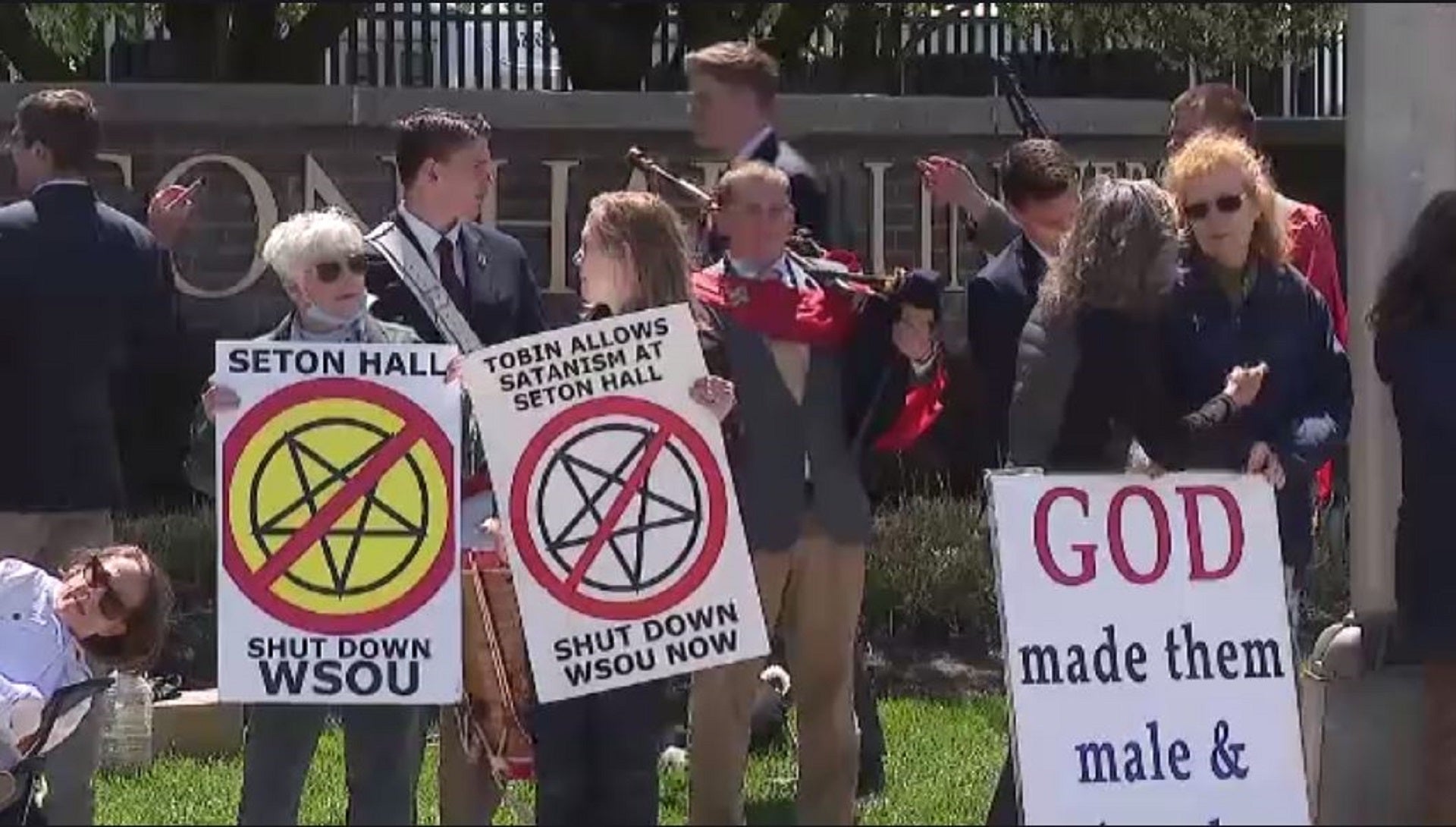 Legendary rock and metal radio station WSOU (89.5 WSOU FM – Seton Hall's Pirate Radio), broadcast from Seton Hall, has apparently become a problem all of a sudden for some Catholic groups. The groups recently protested the existence of the "Satanic" radio station, calling for them to either change what they play or shut down completely.

Richard Smaglick, founder of the group Shutdown WSOU, said in an interview with News12 that Seton Hall is a Catholic University and should stop the station.

"This is a Catholic University. Catholic universities of America have lost track of their mission to an extreme. It's so bad that this Catholic university is airing Satanism to what they call a target audience of 12-year-olds in the largest media market in North America and that needs to end."

Boy, wait until this guy finds out what else happens at college. His head is going to completely explode. A spokesperson for Seton Hall said the university is always looking into the station, but didn't really offer much more.

"WSOU's advisory board comprised of WSOU students and alumni along with Seton Hall University clergy and administrators, meets regularly to review the station's content and operating policies and standards. The goal is to ensure that WSOU continues to realize its mission, goals, and long-held operating procedures. Further incorporating and integrating Catholic mission and ministry into WSOU's wide-ranging and popular programming is always a priority."

WSOU has been operating since 1986. I'd imagine if they did get shut down, someone else would happily host them.

In this article: satan, WSOU