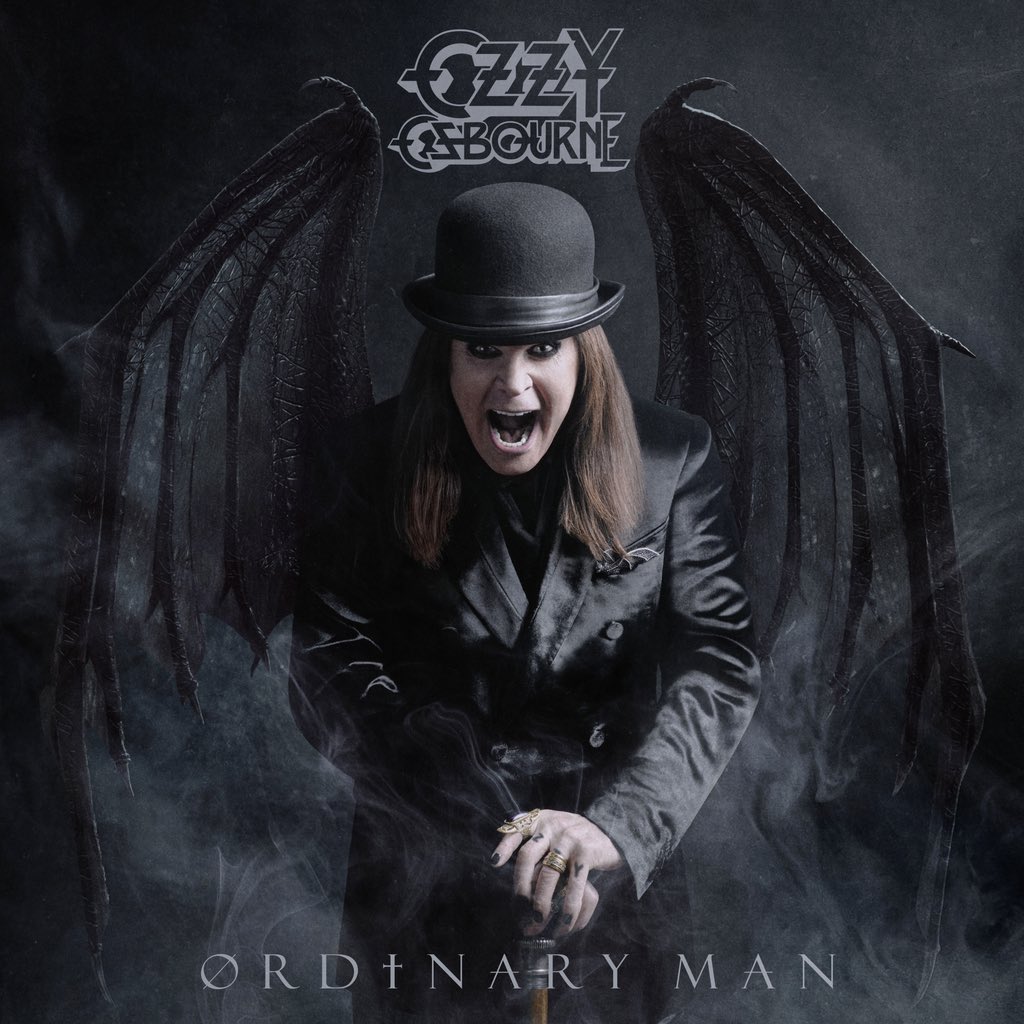 With over 50 years of hard rock debauchery under his belt, Ozzy Osbourne really doesn’t have anything to prove to anyone. After defining the metal genre with Black Sabbath and having one of the greatest solo careers in hard rock, The Prince of Darkness has his legacy all but secure. Now breaking his long studio silence, Osbourne has returned to the fold with his 12th studio album, Ordinary Man.

At this point in his career, Osbourne could have easily kept touring and resting on his laurels with self-indulgent tracks that are carbon copies of his earlier material. That’s not to say that the Metal Madman doesn’t have a few more tricks up his sleeve though. On the opening singles “Straight to Hell,” Osbourne’s haunting vocals still sound incredibly fresh, which are enhanced by guest appearances by Chad Smith of the Red Hot Chili Peppers along with Slash and Duff McKagen. The guitar lines in particular jump out courtesy of Osbourne’s latest six-stringer Watt. Even if the man’s playing style is not measuring up to Randy Rhoads or Zakk Wylde, his soloing techniques serve these songs incredibly well. While Ozzy remains stellar through most of the record, the features on this album really bring their own—like Tom Morello’s guitar soundscape on “Scary Little Green Men” and the gorgeous piano ballad of the title track, which is a duet with the legend Elton John.

There are even a few musical left turns on the record that you wouldn’t necessarily expect from Osbourne, like the bluesy harmonica—once found in classic Sabbath material like "The Wizard"—before the start of “Eat Me.” Along with the rock pedigree featured on this record, the inclusion of Post Malone on “It’s A Raid” is probably the best song on the record. It boasts a tempo that is almost punkish in its aggression. The song really shows that though Osbourne was known for the slow hymns of doom in Sabbath, he still had the capacity to blow the doors off their hinges whenever the time called for it.

However, all of this praise does not mean that the Godfather of Heavy Metal is completely infallible. Some of the lyrics on songs like “Eat Me” could have used a bit more fleshing out before they were committed to tape. The first single “Under the Graveyard” is also a perplexing listen, to say the least. While the lyrics about metal’s resident madman crawling back from hard times is a great story to hear, the hard rock mixed with balladeer elements makes the song feel a bit slower than it really needs to. Also, while Post Malone does a fantastic job on his featured track, including “Take What You Want” from Malone’s album as an additional track on this record makes the song stick out like a sore thumb at the end of the record.

There are definitely a few instances on this record where some filler pops up as well, like on “Holy For Tonight” and “All My Life.” Even on these tracks though, there is that little spark of menace that made Osbourne such an engaging character initially. The real Ozzy flair is hidden in there, but some of the songs are just a bit too lethargic to carry over into “modern classic” territory.

In terms of the album as a whole, this record still remains pretty consistent for a late-period Ozzy release. With every cut that seems to fall a bit flat, there is another one right around the corner that is sure to trigger some flashbacks to the glory days of metal. While the album may be entitled Ordinary Man, Osbourne has come through with a record that proves that even in his old age, the Prince of Darkness can still be unpredictable.