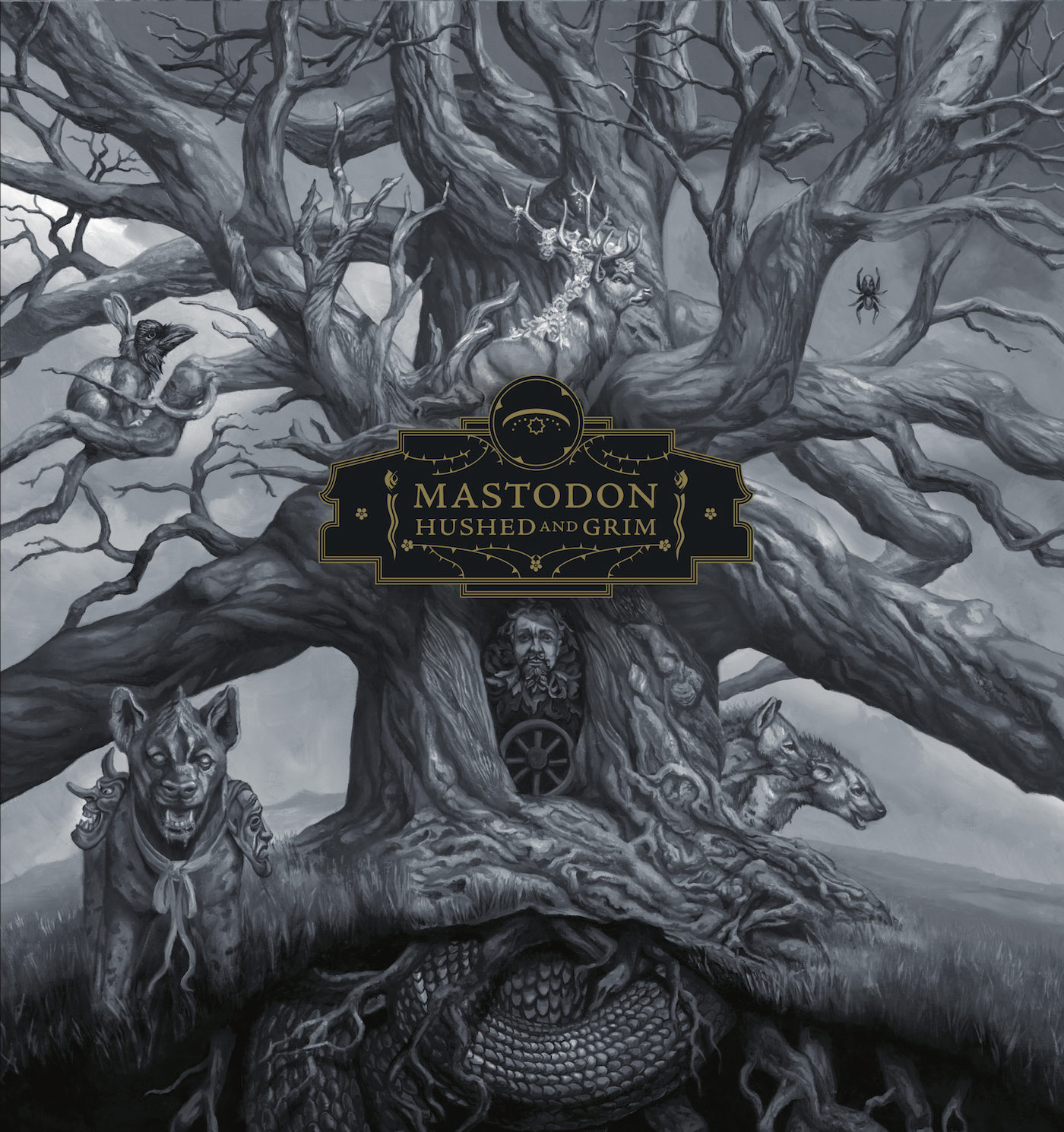 Disregarding 2020's Medium Rarities compilation, it's been over four years since Mastodon released new music. As a result (and because of how outstanding 2017's Emperor of Sand LP and Cold Dark Place EP were), hopes have been immensely high for whatever the Georgian progressive/stoner metal quartet would dish out when they finally came back. Fortunately, the answer—Hushed and Grim—exceeds expectations.

Rather than continue the colorful and playful antics of their past few full-length collections, the sequence builds upon the somber and adult nature of Cold Dark Place. That direction, coupled with its lengthy runtime (nearly 90 minutes) and challenging material, makes for a particularly demanding listen. Luckily, it's well worth the effort, as Hushed and Grim is easily Mastodon's best record in over a decade.

Like many 2021 records, Hushed and Grim's assessment of ephemerality was partially inspired by the ambiguities and adversities engendered by the current pandemic. (In addition, the group reflected on their longtime manager, Nick John, whom they lost to pancreatic cancer in 2018.) Along the way, they're joined by some interesting guest musicians, too, including Soundgarden lead guitarist Kim Thayil, French horn player Jody Sanders (yes, the mother of bassist and vocalist Troy Sanders), and guitarist Marcus King. It's also produced by David Bottrill (King Crimson, Tool).

Regarding the thematic growth shown on the LP, Sanders comments: "One thing I've noticed about longevity is that you kind of eliminate layers of bullshit and become more honest. We pull authentic emotion from our life experiences." Of course, that's not to say that their prior works were at all childish or wasteful, but Hushed and Grim is clearly and decidedly pensive and economical. In other words, it has a lot to say, and it says it all with palpable refinement and urgency.

In fact, the quartet makes their intentions known straight away thanks to the dejected guitar riffs and sentiments of starter "Pain with an Anchor." It's intensely dramatic, with catastrophic chords and rhythms propelling drummer Brann Dailor's repentant verses ("Oh, my dear/The damage is done here/I disappear /A love with no anchor/In the depths of the sea"). In-between, Sanders interjects with typically coarse acknowledgments as the arrangement ebbs and flows in the usual ways, evoking both Leviathan and Crack the Skye at once. It's a stupendous way to begin, as well as one of the band's most compellingly affective compositions ever.

Obviously, many other tracks—"The Crux," "Savage Lands," "Pushing the Tides," etc.—pack similar heat, yet others veer toward Mastodon's softer side. In particular, "Sickle and Peace" is seductively subdued, rhythmic, and grave, inviting listeners to get lost in its poignant spaciousness. Later, "The Beast" allows Hinds' Southern twang to soar across vintage heavy metal riffs and calming vocal harmonies. Then, "Skeleton of Splendor" introduces acoustic guitar arpeggios and patient tempos for maximum weighty dreaminess, whereas both "Dagger" and "Had It All" are entrancingly arid yet psychedelic. Wonderfully, closer "Gigantium" feels like the culmination of everything that the LP has been working toward because it's the most varied and epic piece. It fades away with lovingly profound strings, too, cementing its overarchingly classy catharsis.

Mastodon have repeatedly excelled at taking fans on masterful narrative adventures, but with Hushed and Grim, they've crafted the most emotionally resonant journey of their career. Part of that power comes from its tenaciously prolonged duration and solemn subject matter; rather than record something that's significantly welcoming, concise, and entertaining—which has always worked well in the past, don't get me wrong—they've produced something considerably more gloomy, contemplative, and daunting. It's Mastodon at their most mature and poised, with an almost endless amount of invigorating musicianship, meditative songwriting, and endearing interplay between the three vocalists. It's not their absolute best record, but it's certainly the one they—and we—needed right now.