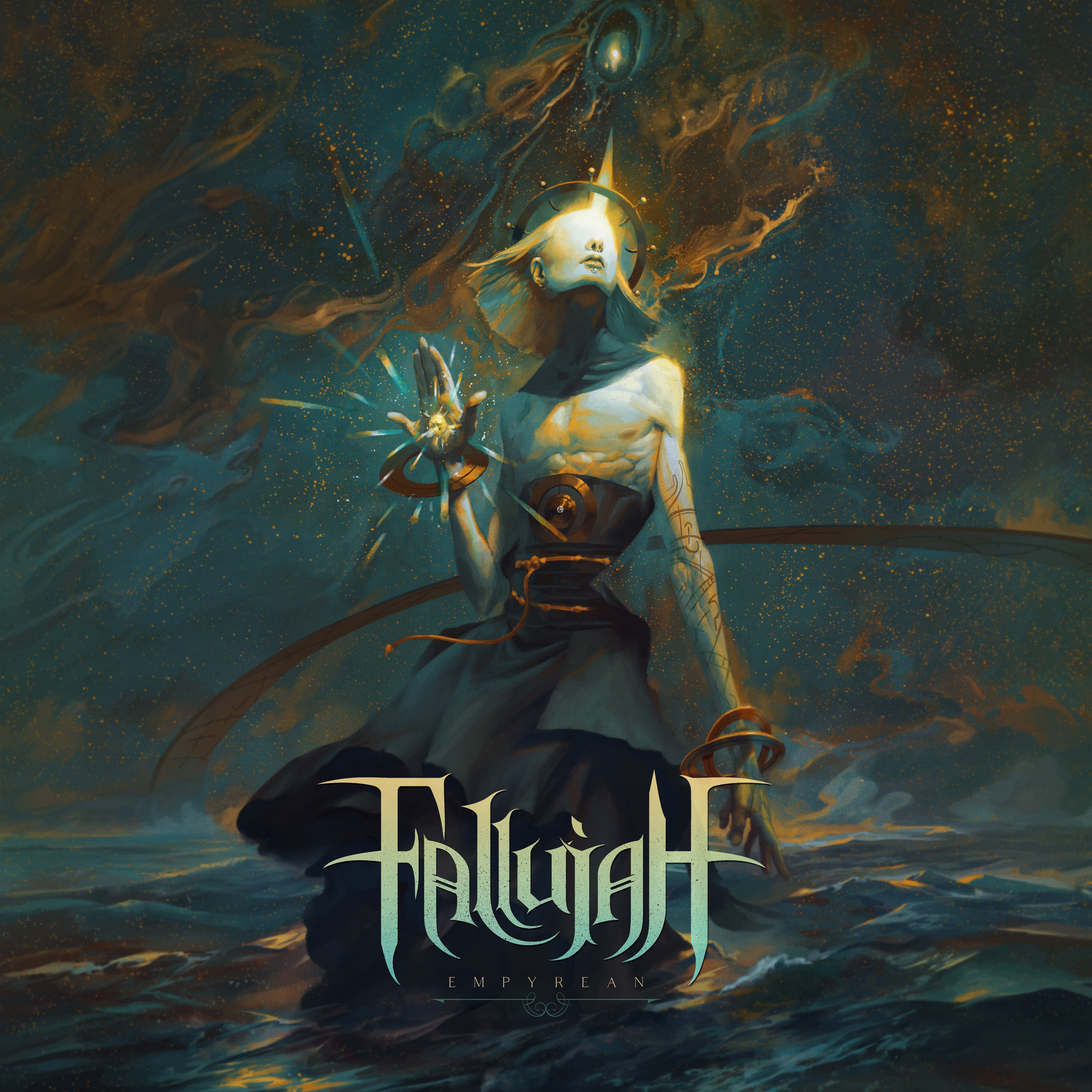 Fallujah weren't the first band in their style to try a less technical sound, and their transition can't entirely explain why their 2019 LP Undying Light failed to shine as brightly as their name might suggest. It wasn't just "not tech-death enough." The simpler arrangements simply didn't have enough memorability to get by on their own merits. With this in mind, it's fair to say the band's followup Empyrean features more of the shreddy frenzy that built Fallujah a reputation in the West Coast technical death metal scene, but the album's more accessible moments come with tact to match any face-melting parts. Empyrean shows that it's possible for Fallujah to tastefully offer rafts of peasantry in their non-stop onslaught.

Perhaps it's best to describe the vibe of opener "The Bitter Taste Of Clarity" as "hidden technicality." Fallujah isn't bashing anyone over the head with how fast they can sweep kick or gravity blast. In fact, the song's opening blast beat actually has relatively subdued chord choices and melodies—until the band starts channeling old '90s Meshuggah with its disjointed thrashings. It's a solid contrast to "Radiant Ascension" which comes through with more fret-jumping pizazz, and a surprisingly stirring melodic chorus. Fallujah displays more confidence in their dynamic shifts, from scorched earth melo-death to meditative jazz-fusion forays and even some funky breaks before an electrifying guitar solo brings everything full circle.

Indeed, the more delicate female vocals and brooding grooves of "Embrace Oblivion," do for Empyrean what similar explorations did for Opeth's Black Water Park. They hit just hard as the slap-bass and bombshell chug-and-blast portions, rising to contend with the heaviness for a cathartic climax of intense melodicism. In a similar way, "Soulbreaker" transitions from jagged blasts to an evolving half-time beats, as Fallujah channels dynamic diversity and rhythmic exploration into their sound while finding the perfect time to inject an infectious vocal melody. Clearly, the band has found a way to diversify their arrangements without pacifying their excitable chops.

It's not uncommon for modern metal records to attempt cinematic scope, but Fallujah's success in this regard works wonders for a a less frenetic cut like "Into The Eventide." The riffs remain as beefy as they are tight, and the melodic guitar voicings launch the song into the stratosphere. The song has emotional resonance to back up its less in-your-face arrangements. In a similar way, the punishing nature of "Eden_s Lament" strikes a compelling balance between walls of tremolo-picking with unpredictable syncopation. Rather than explicitly dividing ideas into "filthy death metal part," "mathy arpeggio part" or "prog-rock ballad part," Fallujah lets these elements eb and flow incredibly naturally. Strip back all the double kick and fretboard acrobatics, and the song would still get its point across.

The fact "Duality Of Intent" packs two guitar solos into its five minutes without sounding overindulgent speaks to the great songwriting of Fallujah. The first solo comes through intricate jazz-rock, while the second solo carries a crescendo back into classic prog showboating. Even if some of the chopped up riffs begin to feel samy by the time "Mindless Omnipotent Master" arrives, the band elevates the proceedings by making complicated music that can still be vibed to. It's refreshing to hear a band that could shred all day choose to write a more straightforward death metal riff or to add a grand melody over djenty rhythmic subdivisions.

It's a ballsy move to save the two longest racks on an hour-long album for last, especially when "Celestial Resonance" is entirely instrumental. With no growls or breakdowns to hide behind, Fallujah relies entirely on their musicianship. The first two minutes comprise some of their most accessible material, but it sets up the down section's echoing guitar drizzles, and synchronous bass and drums. There's even an awesome point where the bass part guns the throttle alongside the guitar solo while remaining locked in with the percussion. Indeed, each musician seems to know when to take the spotlight and when to flesh out the soundscape.

There's a reason why "Artifacts" can remain interesting through almost seven and a half minutes, and it boils down to this band's ability to write death metal as easily as they can write melodic prog. Fallujah travels from dreamy, spacious ambiance back to rip-roaring tech-death like flipping coin, bridging the gaps with considerable attention to minutia.

With this latest album, Fallujah have proven that they can expand beyond their roots without losing their fire. These songs use melody and accessibility to broaden the scope of their artistry. Empyrean is not about dumbing things down, but writing cool music in different ways.

In this article: Fallujah

Plus guest vocals from Katie Thompson.