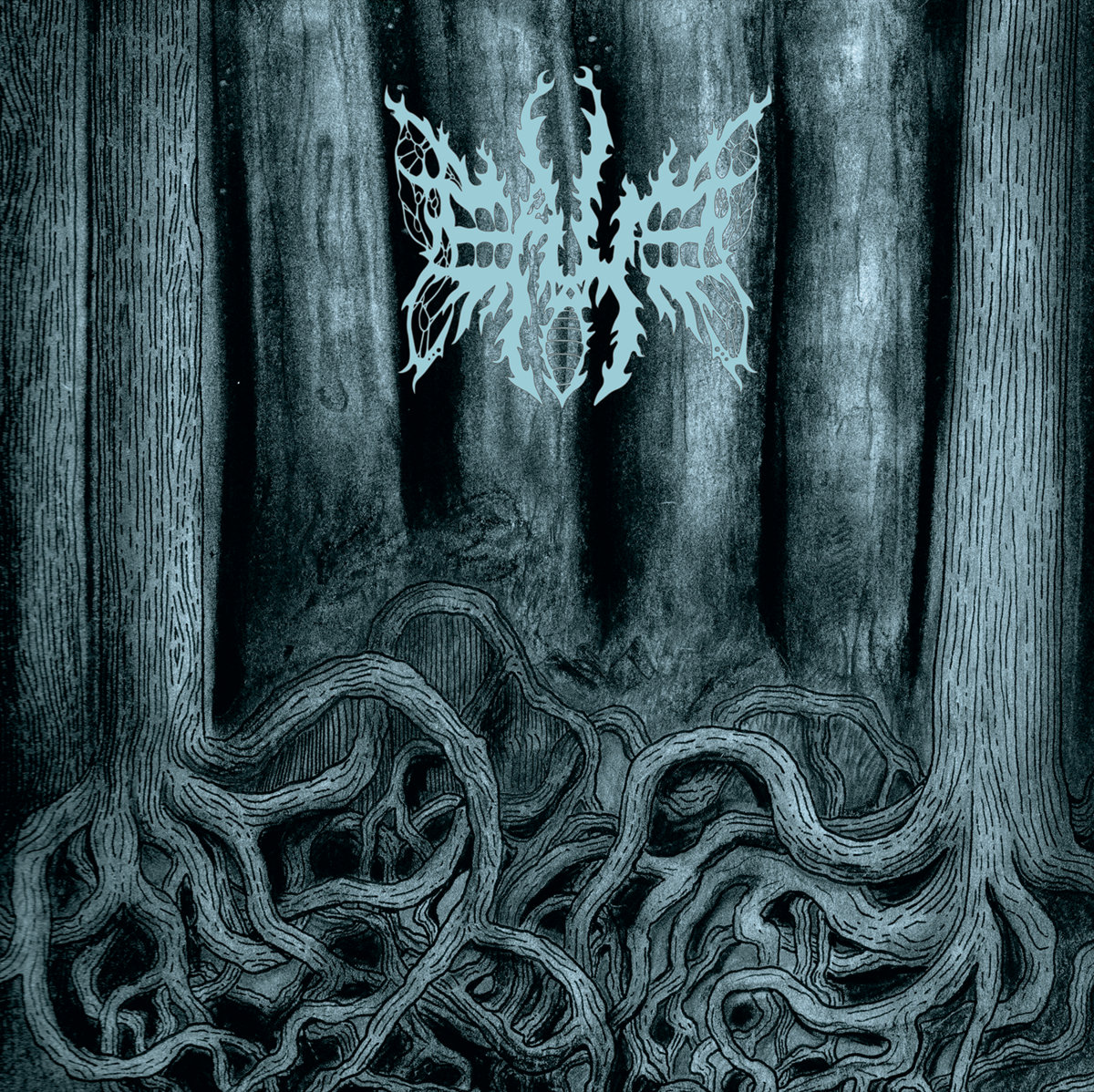 The latest album from Portland's Eave calls to a mind an interesting contradiction that emerges with this style of black metal.

Often referred to as "atmospheric" or "post-black" metal, this involves the construction of musical narratives that employ the sonic tools of second-wave black metal, but use them to express something not akin to the Helvete set of old. Eave's style certainly uses many of the classic elements: howling vocals, tremolo-picked riffs, lots of flowing drums, and so on. But black metal is not just about the ingredients. There's a feeling you get some certain albums. A creeping sense of evil, malevolence, and menace. None of those feelings emerge from Phantoms Made Permanent. Rather, the album calls forth longing, sorrow, and introspection.

This puts Eave in the same sonic tradition as Panopticon, Wodensthrone, Fen, and the like, although with less of an emphasis on naturalistic themes. The band emphasizes flowing rhythms, as is typical of atmospheric bands vs. the more orthodox groups still influenced by black metal's first wave. But there are moments, like on the title track, in which there is more of a disturbed, anxious mood. This adds a force more akin to the depressive end of the genre. Still, the influence is light enough where I wouldn't put them in the same class as bands like Forgotten Tomb. The object of Eave's musical mission seems to be to stir a reflective mood in the listener. Reflect on what? Well, that depends on the individual, of course, but there is any number of things worth reflecting on: the friend you haven't spoken to in years, the last time you felt happy about where you are, that person you had to cut out of your life.

Does Eave succeed in creating a compelling listening experience on this album? There are two songs that represent the crown jewels of Phantoms Made Permanent: "A Godless Frame" and "Gait of the Ghost." "A Godless Frame" starts the album, and does so with an excellent, melancholy riff that will stay in your head for days. I particularly like how the band starts with just the guitars and methodically builds the drums and vocals before starting the song properly. The song evokes this image of a wanderer standing beside a great waterfall, buried in thought (or above a sea of fog … only real ones will get the joke), as the streams of guitars wash down into the ravine below. "Gait of the Ghost" is the album's ultimate achievement, a glorious song that recalls classic Ulver and Enslaved, but does so with a fresh voice. I like how the acoustic guitars glide so easily into the main portion of the song, in a similar way as on Enslaved's "793 (sloget Om Lindisfarne)."

Much of the rest of the album is decent enough but works better as an entire album, rather than as standout tracks. However, fans of post-black and blackgaze will particularly enjoy the Explosions in the Sky-esque guitars on "Mana Descending" and "Ablaze and Unyielding," songs which take the band's penchant for emotional catharsis to their logical apex.

Favorite songs: "A Godless Frame," "Mana Descending" and "Gait of the Ghost"