Album Review: DREAM THEATER <em>A View From The Top Of The World</em> 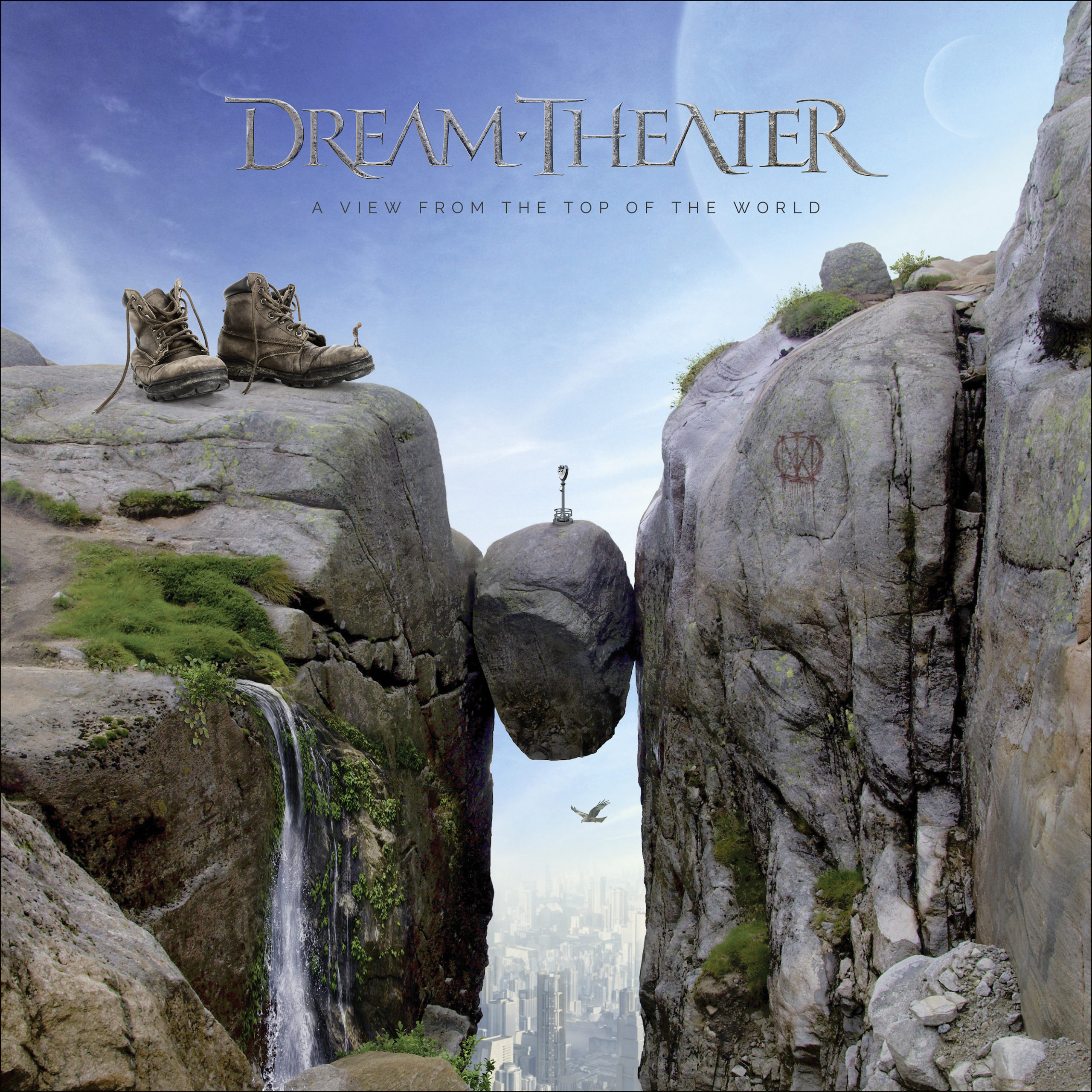 Dream Theater have succumbed to some creative stagnancy over the past ten years. Granted, they’ve been at it for a very long time, and they’ve continued to garner more mainstream attention and accolades; yet, it’s fair to say that they no longer challenge or surprise themselves or their audience as much as they used to. The one time they truly did—2016’s The Astonishing—resulted in their most polarizing LP since 1997’s Falling into Infinity, and although 2011’s A Dramatic Turn of Events was easily superior to its two immediate predecessors, both 2013’s Dream Theater and 2019’s Distance Over Time were significantly safe and unmemorable.

While their fifteenth studio record, A View from the Top of the World, doesn't completely rectify that prevailing issue, its many standout moments—both melodically and instrumentally—make it a far more exciting and laudable retread of the now-tired formula. In other words, longtime devotees will know exactly what they're getting here, but the quintet still keeps things engaging and endearing enough to result in Dream Theater's most reliable and confident formal collection in a decade. To be honest, that's basically the best that fans can hope for at this point anyway, right?

A View from the Top of the World is the group’s first album to be recorded in their official studio, DTHQ. (Of course, it was previously “broke in” for Petrucci’s 2020 solo LP, Terminal Velocity, and this year’s Liquid Tension Experiment 3.) Naturally, that made the writing and recording processes fairly quick and easygoing, with singer James LaBrie flying from Canada to New York to lay down vocals alongside his bandmates for the first time since 2009’s Black Clouds & Silver Linings.

As for its themes and title, LaBrie clarifies that “the whole thing centers on the idea of intentionally pushing yourself to your limit (such as how thrill-seekers live for the adrenaline rush of risking their lives to do seemingly impossible things).” Along the way, they also touch upon interplanetary exploration, crippling anxiety, and “embracing your dark side . . . so you can live your life more completely” (as Petrucci puts it). Those are certainly some intriguing topics to investigate, and as stated above, they pull it off with just enough refreshing arrangements and enticing hooks to surpass its precursor.

The biggest triumph of A View from the Top of the World is its 20+ minute closing title track. It doesn’t equal “A Change of Seasons” or “Six Degrees of Inner Turbulence,” but it evokes their fluidity and allure far more than 2013’s “Illumination Theory” did. Beginning with your standard Dream Theater blend of hectic metal timbres, victorious horns, and delicate harp strums, its first movement is typically rousing and absorbing, with a chorus that can’t help but get stuck in your head.

The real gem of the piece, however, is the next phase, wherein they conjure the sublime catchiness and emotion of the “Hopeless drifting / Bathing in beautiful agony” part of Black Clouds’ “A Nightmare to Remember.”  LaBrie sings, “All my natural instincts / Are begging me to stop / But somehow I carry on / Heading for the top” over a classily transcendental score – decorated by Rudess’ pianowork – and it’s breathtaking. True, the remainder of the track meanders a bit (recalling the extended instrumental portion of Black Clouds’ “The Count of Tuscany”), but it eventually finds its footing again, concluding with some hyperactive tension and catharsis that cements it as a new classic in the band's arsenal.

While lead single – and album opener – "The Alien" seems like old hat upon the first few listeners, its various nuances and sections eventually grow on you and become more praiseworthy. Yes, the quintet employs the same sort of irregular rhythmic breaks and dizzyingly speedy guitarwork that they've done countless times before, but the ways in which they're connected by vibrant intervals and tonal shifts allows the tune to become greater than the sum of its parts. Likewise, "Sleeping Giant" is considerably moody and symphonic, with slight touches of Yes and Rush fusing vintage aesthetics and modern attitude. Then, the penultimate "Awaken the Master," well, masterfully fuses imposing heaviness and colorful lightness to such great effect that it might as well be the long-lost offspring of Train of Thought and Octavarium.

Regrettably, the rest of the songs are a bit too derivative and/or uninteresting to succeed. Specifically, “Answering the Call” is a by-the-numbers prog metal sing-along whose central guitar riff is too reminiscent of A Dramatic Turns’ “Breaking All Illusions.” As for “Invisible Monster” and “Transcending Time,” both are almost robotically cliché and satirically familiar. That’s not to say that they aren’t done expertly – Dream Theater remain the kings of their style – but neither piece does anything special. If these were the first instances of the band delving into such territory, they’d be terrific, but they’re not. Rather, they’re merely the latest iterations of templates that the group have explored a dozen times already.

A View from the Top of the World is a clear improvement on Distance Over Time – as well as Dream Theater – but that's about it. It goes for the same tricks and traditions that Dream Theater have drilled into the ground by now, but they still do it exceptionally well, with a few truly remarkable moments that rank alongside their greatest feats in recent memory. While A Dramatic Turn of Events endures as the best record of the Mangini-era (and The Astonishing deserves applause for being so bold), A View from the Top of the World is at least a promising glimpse into Dream Theater's possible future revitalization.