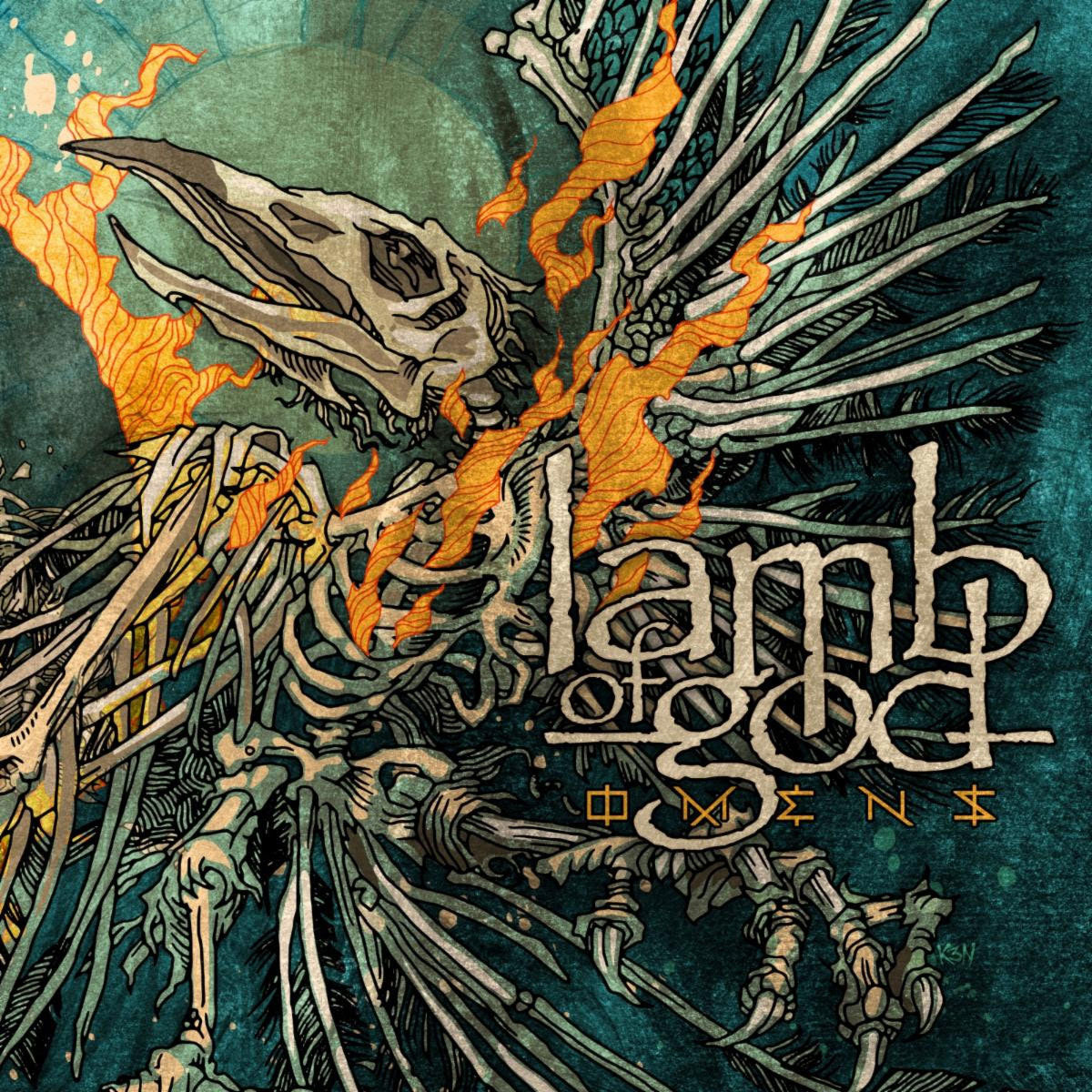 Lamb Of God is inevitable, it seems. The New Wave of American Heavy Metal pioneers has the indelible distinction of being one of very few bands to have practically never made a misstep musically. Some might say that's down to knowing what they excel at and simply doing that over and over again, but that feels like an unfair view of a group who have set metal standards for over two decades now. In reality, they have never been strangers to change, especially not recently, but they've ridden the waves like pros every time and it has made them the enduringly consistent heavyweights they are.

Tracked live as a band in the same physical room, Omens not only falls squarely into that high-quality camp, but benefits hugely as a result of that sense of close quarters; it's like the band are in the room with you at times, knocking stuff off your desk and pushing you around. Opener "Nevermore" will drag you into their world not kicking and screaming but with willing deference – Gojira-style grooves and serrated guitar slashing wrapped around outburst after furious outburst from Randy Blythe, demanding our attention and getting it in that snarling, growling way we've come to love.

The songwriting here is as poignant as it is neck-breaking; there's a genuine thread of palpable lament woven through every track. From the glum rage of nihilistic self-reflection machine "Gomorrah" to the climate-change fueled roars of "Vanishing" we have an album that stamps its statements with a sledgehammer and doesn't care in the least if you disagree with it.

It's the moments where Lamb Of God haven't been sticking to the script they wrote themselves that shine the brightest, though. "Denial Mechanism" is an eye-opening but not at all unwelcome blast of old-school hardcore that is packed so tightly as to be explosive on opening it, while the mesmerizing six-minute sludgefest "September Song" wraps things up with an outrageously accomplished flourish, a masterpiece of deafening riffs culminating in spine-tingling chants that can't be far off of being one of the all-time great Lamb Of God songs.

It just goes to show that, as zeroed in as Lamb Of God are on what makes them so definable and exceptional, there's always room for something to be both surprising and engaging. But that's not to say that the familiar is all bad; even with the one cold zone on the album, the slightly too formulaic "Greyscale," the band matches it in spades elsewhere with thumping pace setters like "Ditch" and "Ill Designs" to show us that there's still plenty of good left in what makes Lamb Of God, Lamb Of God.

Unapologetic and full to the brim with pain and absolute bangers, Omens is yet another triumph from a band who doesn't seem to know how to make anything but. It's equal parts heartbreak and rage forced through that NWOAHM filter that probably won't produce converts but simply doesn't need to at this point. It's more Lamb Of God and it's just as top quality as ever; what more do you really want?