Symphonic metal is one of the most artistic subgenres of metal. I feel like there’s a certain way it needs to be done in order to done be right. It’s a little more than just having a female frontwoman and a keyboardist with string pads. Epica is one of those bands who knows that and have been one of the most notable symphonic metal bands for years. But their albums can also be seen as rather predictable with following their usual customs and usual flavors. But on The Quantum Enigma, that might not be such a bad thing.

All teasing aside, I’m going to jump straight to the point and just straight up say that this album blew my mind to the wall, and then blew the wall away. To say the absolute very least, this album is astounding, from beginning to end. This is the very best of Epica, amplified and expanded in every best way. Every song is just filled to the brim with emotion, atmosphere, and just musical grandeur.

I think the thing that makes The Quantum Enigma more amazing is that it’s really nothing new from Epica. It follows their standard formulas as far as how songs are written and albums are laid out. It starts out with an instrumental orchestral intro, (“Originem”), building straight into the opener, (“The Second Stone,”). This is such a bombastic intro, and I know it’s something that’s been done way too many times to count, (many times by Epica themselves), but it doesn’t take away from the stunning force this intro builds.

I have to admit, when I first popped it in, I groaned a bit. It’s just done a little too much. And yet, I couldn’t change the track while listening. The lush build of harmonies from the choir, live string ensemble and the other orchestral elements all come together to make a beautiful musical and cinematic picture that’s impossible to resist.

The band decided to use a live string ensemble for their string tracks again for The Quantum Enigma; a decision that I think paid off in spades. As far as synthesized strings have come, it still doesn’t beat the live instrument in the studio. You can’t have awesome intros and solos like in the beginning of “The Essence of Silence” unless you have a live player.

And much like other Epica albums, a live chamber choir also accompanies the band in the entire album. There is actually a lot more choir vocals on this album than in other albums. It’s not used as just an effect; the choir maybe has a good 1/3rd of the vocals on The Quantum Enigma. Simone Simons of course has the main vocals, with guitarist Mark Jansen and drummer Arien van Weesenbeek back up on the gutturals. “Unchain Utopia” features the choir probably more than any song on the album, and ends up being one of my favorite tracks.

By far, the highest point on the album for me happens right in the middle. Yet again, like other Epica albums, the middle of The Quantum Enigma brings another orchestral interlude. They’ve done this so many times, but they’ve completely outdone themselves on “The Fifth Guardian.” Rather than something like sparse piano playing or another gothic-y strings interlude, a Chinese erhu takes the spotlight, obviously giving the whole interlude a very Oriental feel. It again builds alongside the choir and the rest of the orchestra in a very cinematic fashion. It leads into the next song, “Chemical Insomnia”, which also returns melodic themes from “The Fifth Guardian”. This part of the album simply could not be done any better; I’ve listened to it for hours it seems and I’m still not tired of it. There are excerpts of this interlude in their behind-the-scenes videos for this album that you can check out.

As amazing as the actual symphonic portion of the album is, it’s still pretty heavy at times. It’s much more than just simple riffs masked with orchestral licks to cover it up. “Victims of Contingency” begins with a pretty heavily chugging riff and probably ends up being the heaviest song on the whole album. “The Second Stone” also breaks the orchestral tension with a great power metal-esque intro that just gets your heart pumping with intensity. In albums like these, it’s a little hard to single out the guitars by themselves. Obviously they’re still a metal band, but the guitars work so well with all of the other musical elements you’ll forget you’re listening to double bass and overdriven guitars; it’s just music, and good music at that.

The Quantum Enigma is probably Epica’s most accomplished album so far. In their decade-span of albums, this one just feels the most refined, the most intelligent, and the most grand. This is just everything that makes Epica great, only better. If you’re not so into the idea of symphonic metal, this album could change your mind. I might even go so far to say that this should be one of the go-to examples for symphonic metal done the right way in every way.

Advertisement. Scroll to continue reading.
In this article: epica 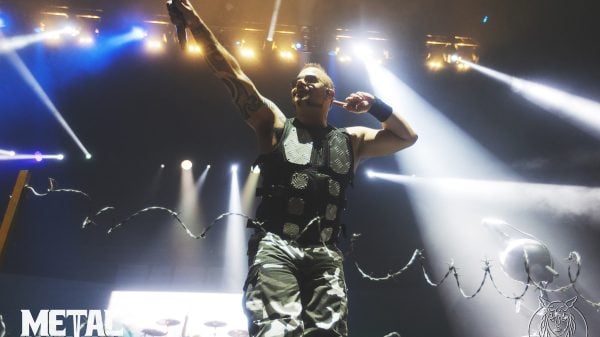 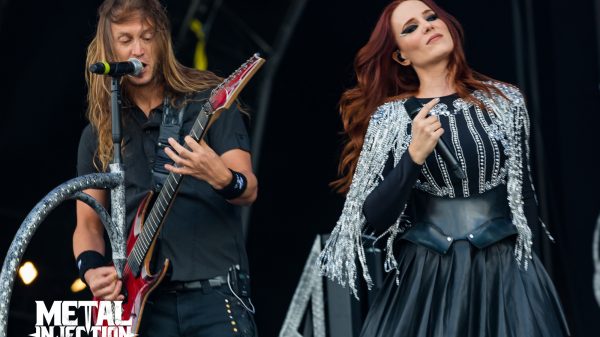 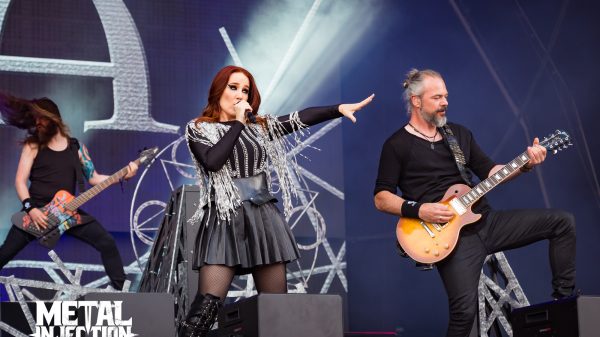