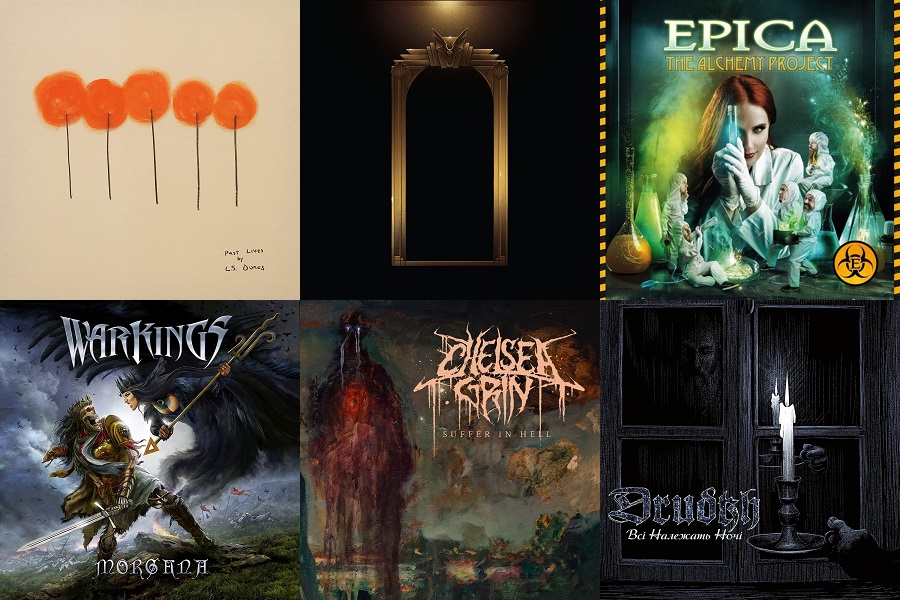 Look, high energy live performance live-streams were and are kind of silly. The Black Dahlia Murder leaned into the silliness last year when this first streamed and went all in for a holiday themed livestream, and now you're getting the physical version. This includes sixteen tracks from the band, skits, guest appearance, and the DVD includes a commentary from band members. As always, RIP Trevor.

Epica have been really busy the last year or so. This will be their fourth EP since their last album, and it's a star-studded affair. The symphonic greats are joined by Myrkur, Charlotte Wessels, Jorgen Karevik (Shining), Björn "Speed" Strid (Soilwork/every other album), and lots more.

He Is Legend – Endless Hallway

He Is Legend's seventh record is perhaps their most experimental yet. "Lifeless Lemonade" has some Gorjira meets modern metal vibes, while "Honey From The Hive" is a more driving and groove-oriented affair, "Circus Circus" has some straight up djent. This is full of unexpected twists and it's a lot of fun for it.

It's been four years since these Utahns (had to Google that) unleashed the deathcore fury. This week they're back with the first of two new records. Suffer In Hell is eight tracks of rage and I can imagine the other eight on Suffer In Heaven will also be heavy as fuck. This should hold you over until we find out together next year some time.

Всі належать ночі or All Belong to the Night is the perfect record for the forthcoming (or current depending where you are) cold weather. It's four tracks of atmospheric black metal that takes its time to create a grim world, then takes the listener on a journey. This is no bullshit metal done well. Jillian has a full review here.

This one may not hit with some of our readers, but I caught this supergroup's set at Aftershock and it made me excited for the full length from them. This is emotional punk rock that sounds like the sum of its parts. Those parts are Circa Survive/Saosin's Anthony Green, My Chemical Romance's Frank Iero, Coheed and Cambria's Travis Stever, and Thurday's rhythm section Tim Payne and Tucker Tule.

Coming back to livestreams for a moment… Here are a pair from Maynard and the Puscifer gang. Parole Violator highlights the Conditions of My Parole era of the band and V Is For Versatile highlights the "V" Is for Vagina time. If you're a fan of the early days of the band, these are pretty cool. I personally prefer the live versions of some of these songs when they put out the What Is… live film, and these take on tracks What Is… missed.

International power metal collective Warkings are already back with more epic metal after last year's Revolution. This time they are taking a look at Morgana le Fay, a "fairy enchantress of Arthurian legend and romance." They are joined by Lacri from Thwart who plays the Morgana role who fits right in with regular players known as The Viking, The Spartan, The Crusader, and The Tribune respectively.