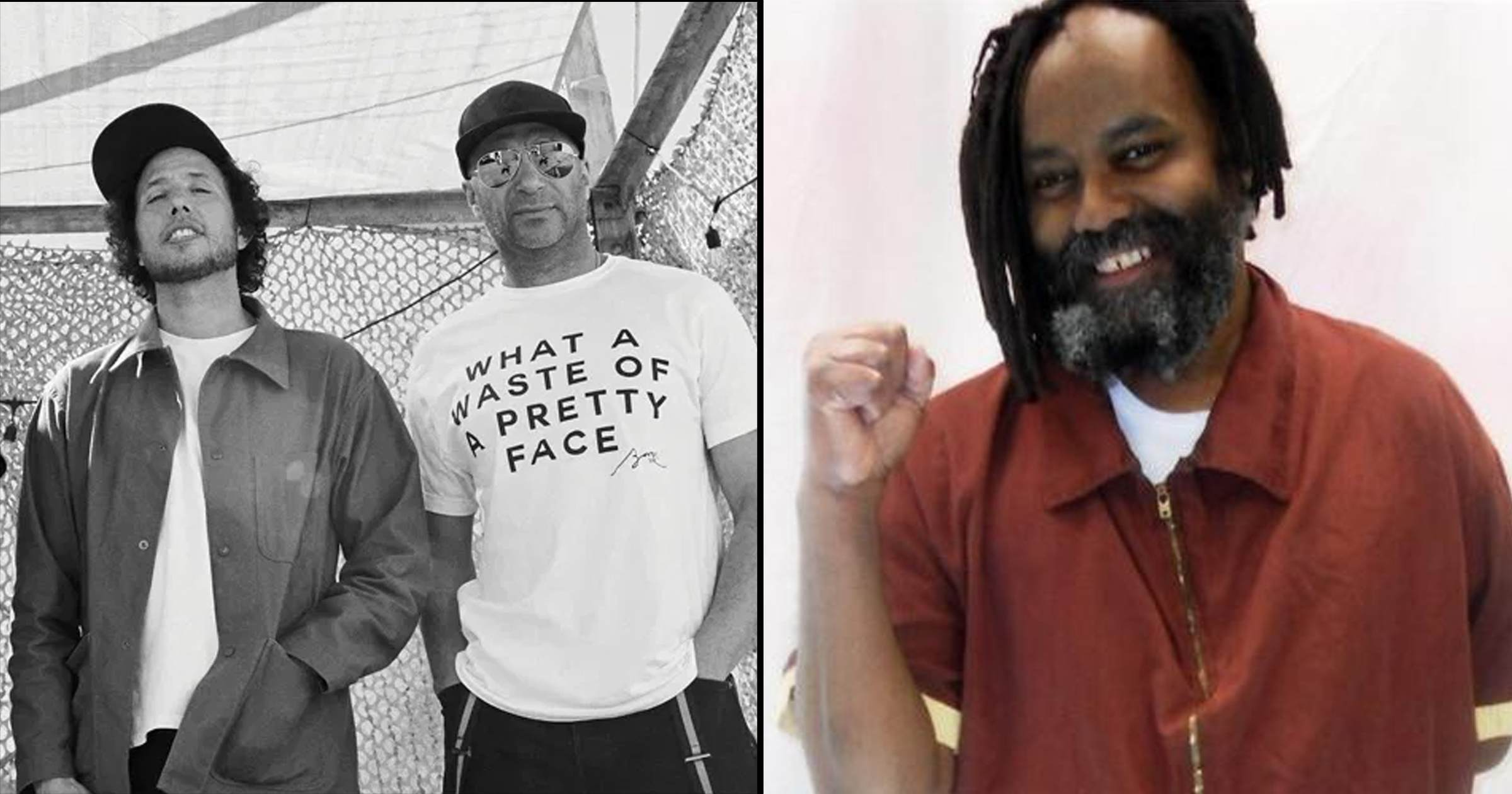 Rage Against the Machine have worn their political activism on their sleeve since the beginning and are now using their platform to call for the release of political activist and former Black Panther Mumia Abu-Jamal from a Pennsylvania prison, and are calling on fans to help spread the word and sign a petition.

Abu-Jamal was convicted in 1982 of shooting and killer a police officer in an altercation that involved his Abu-Jamal's brother, William Cook. Cook was stopped by the officer in Philadelphia on December 9, 1981, and according to police report, Abu-Jamal arrived at the scene and shot the cop in the back, resulting in the cop turning around and shooting Abu-Jamal in the stomach, and Abu-Jamal returning gun fire to the police officer's head. Abu-Jamal has long denied this sequence of events, claiming he saw his brother staggering and dizzy, and that somebody else shot the officer. He claims when police arrived, they beat and tortured him until sending him to recieve medical attention.

Abu-Jamal was charged with first-degree murder, with several eyewitnesses claiming that Abu-Jamal shot the officer. One witness later testified that Abu-Jamal was not the gunman, but police tore up his original statement and forced him to sign another one. Abu-Jamal was sentenced to the death penalty, but that was later appealed and changed to life in prison.

Abu-Jamal spent 40 years in prison and became a prolific writer, criticizing the prison system. Recently, he has contracted COVID-19 while in prison and may be on the verge of death if he does not get proper treatment. A petition has been launched by Sunny of Hate5Six to free him and other elders in the prison system at letmumiaout.com.

Rage Against the Machine have long advocated for Abu-Jamal's release and posted a short archival video clip with encouragement for fans to sign the petition.