Who The Hell Is Fronting ALL SHALL PERISH On Its New Record?

There's A Black Metal Exhibit Coming To The National Library Of Norway in 2023
This string of events makes me want to perish.

All Shall Perish has been a bit of a mystery this year and we're not really much closer to figuring out what's going on. Frontman Eddie Hermida quit the band to go front Suicide Silence, Emmure took drummer Adam Pierce for a little while and there was an advertisement published in January saying there'd be a new record this year.

The band is currently Mike Tiner on bass, Pierce on drums and Francesco Artusato on guitar. Now there's a rumor/possible truth floating around that Luke Durecki has been added to the band in some capacity. The band says it's bullshit, Nuclear Blast says it's legitimate and even the source of the information MetalSucks doesn't seem to know what's going on.

MS posted up this screencap of Durecki saying he's in the band, which doesn't really mean anything- you can mess around with the source code on a website and screencap the whole thing on pretty much any site. Also, we have some pretty solid proof he's just dicking around. Here's the first image…

Oh, and then there's this-

So yeah. Probably not Durecki.

In summation, All Shall Perish has a new record titled The Rotting King coming out at some point in the future with someone fronting the band and maybe a second guitarist. 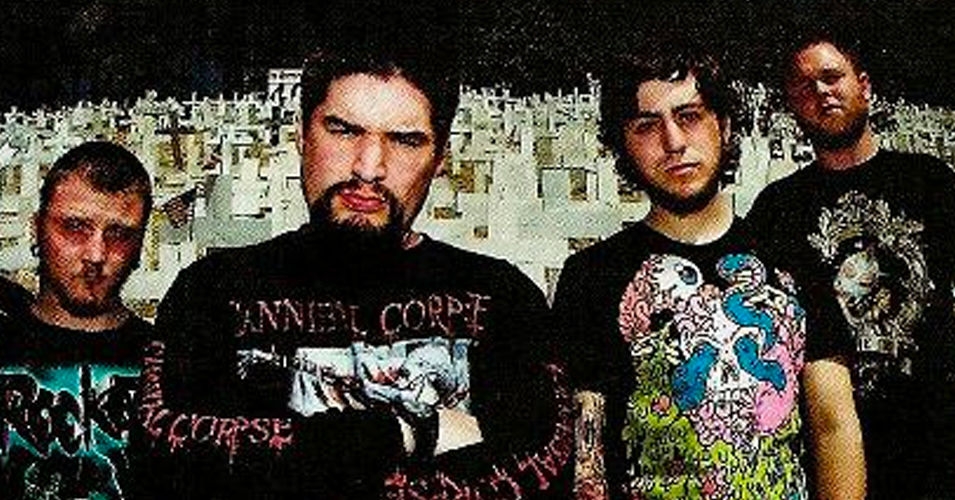