Watch: OZZY Performs with POST MALONE At The American Music Awards on ABC 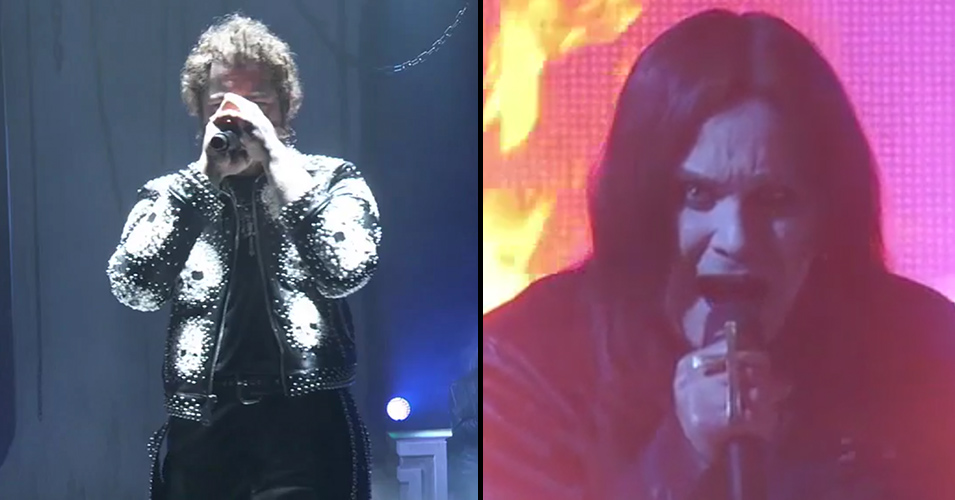 Ozzy Osbourne returned to the stage for the first time since 2018 late last week at a Post Malone gig in Los Angeles. It almost seemed like the performance was a de-facto rehearsal for their nationally broadcast performance on the American Music Awards.

The AMAs happened last night, Sunday, November 24th, in Los Angeles and was broadcast on ABC. Ozzy was indeed there and joined Post Malone for the second half of his performance. You can watch it in the player below.

Now that I've watched it, that performance seemed like a bit of a mess. First off, it was clear that Ozzy was not actually performing live, but lip syncing. It seemed obvious to me during his first verse, but it was VERY apparent during his second verse (around 1:15), when you see his lips moving, but his vocal track was muted until halfway through.

Secondly, is it me, or does Ozzy show more charisma and excitement sitting in a throne all the way at the back of the stage than Post Malone and Travis Scott do up front?

Finally, what the hell was going on during that finale with the solo and the explosions? There was a moment where it almost looked like Ozzy was about to blow up.

Either way, it's great to see Ozzy on stage and smiling. Hopefully, he won't just be sitting in a throne for his big "No More Tours 2" touring in 2020. Ozzy has rescheduled those dates in Europe with Judas Priest and announced new dates in the States with Marilyn Manson.

Here is the full routing and ticket links!