MEGADETH To Livestream The Show That's Rumored To Feature MARTY FRIEDMAN
In other news, water is wet.

Another week, another Wes Scantlin story. Last we checked, Scantlin was arrested on April 30 in Hermosa Beach, CA for an outstanding warrant. This happened just one month after his band walked out on him for erratic behavior and two months after cops showed up in SWAT gear to arrest him.

Well, I guess Scantlin made bail because he's currently wanted after pulling a no-show in court. TMZ reports:

Scantlin was scheduled to appear before a judge Friday, but neither the Puddle of Mudd singer nor his attorney showed up, so a warrant was issued for his arrest. As we reported, Wes was busted in December for driving with an expired registration — but cops said he also had a controlled substance.

I doubt it'll be long until the cops find him. Puddle of Mudd have a Cali show booked on June 25th, which looks to be the start of a tour. Seriously, who is booking Puddle of Mudd after Scantlin pulls something as crazy as this? 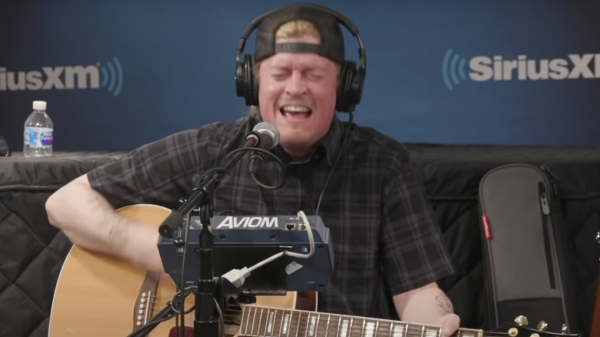