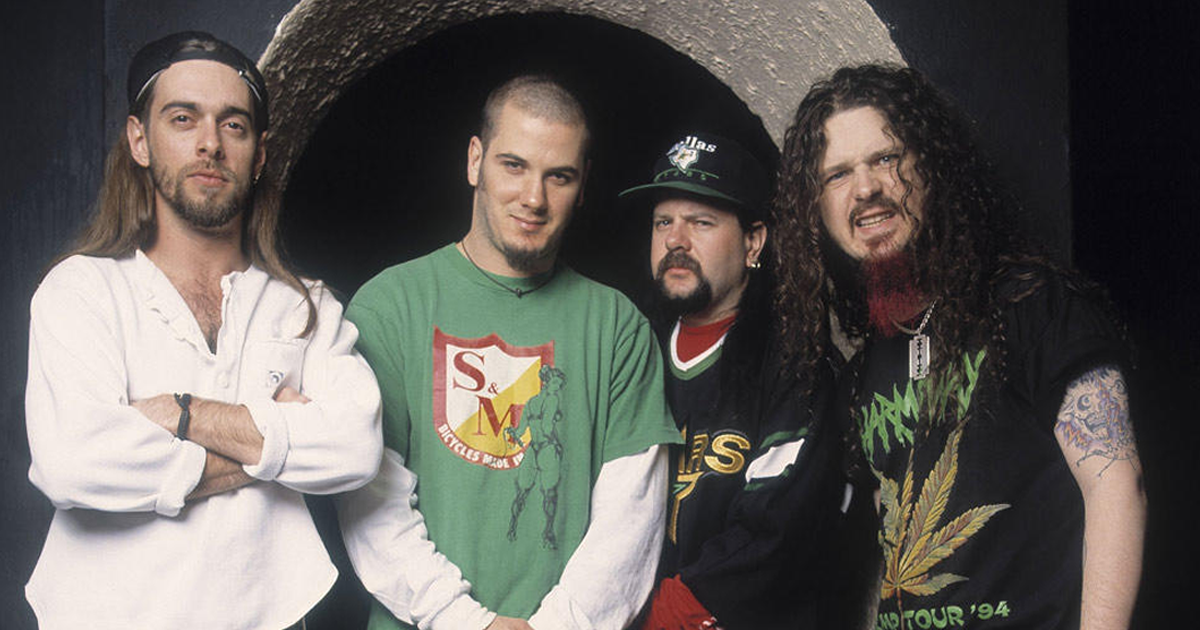 Pantera announced their first four shows back as an active band for December of this year, all four of which are festival slots in South America. While there still hasn't been any written statement from Pantera or its legacy members, the band's Instagram has now posted the below video saying the shows are "For the brothers. For the fans. For legacy." The "brothers" of course being the late and great Abbott brothers, Pantera guitarist Dimebag Darrell and drummer Vinnie Paul.

Knotfest Colombia will take place on December 9 at the Estadio Nemesio Camacho El Campín in Bogotá, Knotfest Chile on December 11 at the Estadio Monumental in Santiago, and Knotfest Brasil on December 18 at the Sambódromo do Anhembi in São Paolo. One interesting thing to note about the Knotfest posters is that it uses the classic Pantera logo, and nothing about this being a tribute or celebration.

Pantera has also been announced as a co-headliner for the first night of the Hell & Heaven Metal Fest happening on December 2 at the Foro Pegaso in Otzacatipan, Mexico. More information on that festival is available here.