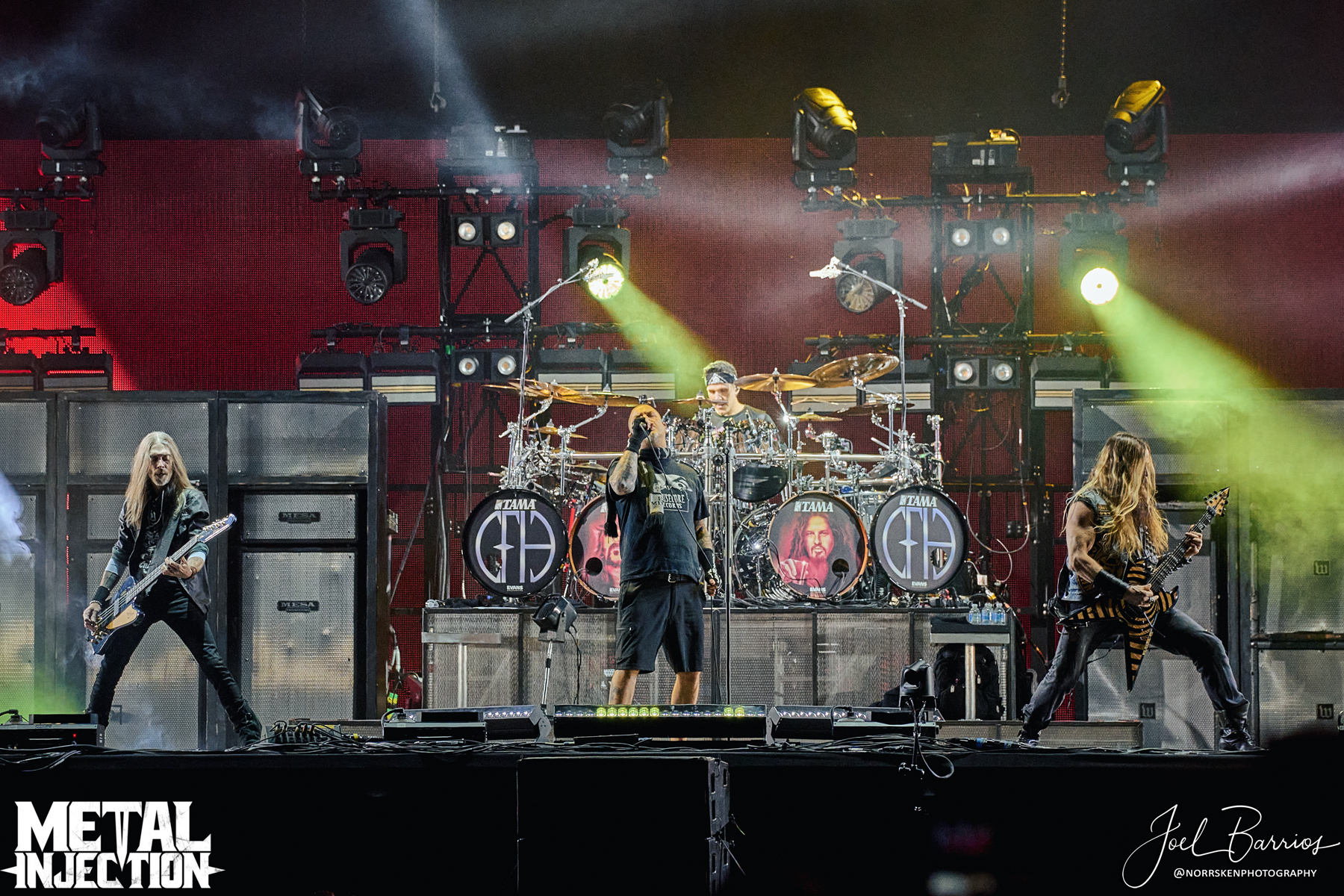 "Pantera will not be performing at Rock in the Park and Rock in the Ring 2023, as announced," reads the statement. "In the last few weeks, we have had many intensive conversations with artists, our partners and you, the festival fans, we have continued to deal with the criticism together and decided to remove the band from the program."

Accusations of racism at least partially stem from an incident at the 2016 Dimebash show where Pantera vocalist Phil Anselmo did a "Sieg Heil" gesture and yelled "white power." Anselmo has since claimed it was a joke due to drinking white wine back stage and issued an apology, though Machine Head vocalist Robb Flynn had claimed at the time there was no white wine backstage.

According to Blabbermouth, the criticism also comes from the fact that both Rock Im Park and Rock Am Ring are being held in Nürnberg where Nazi party rallies were famously held between 1933 and 1938.

The German Green Party said during a recent city council meeting that Anselmo had "repeatedly and deliberately made Nazi gestures and yelled racist slogans." Spokeswoman for the Greens against racism and right-wing extremism Réka Lörincz added "the former Nazi party premises" were "being deliberately misused for the staging and reproduction of racist and inhuman ideology."

Pantera has not yet commented on these cancellations.