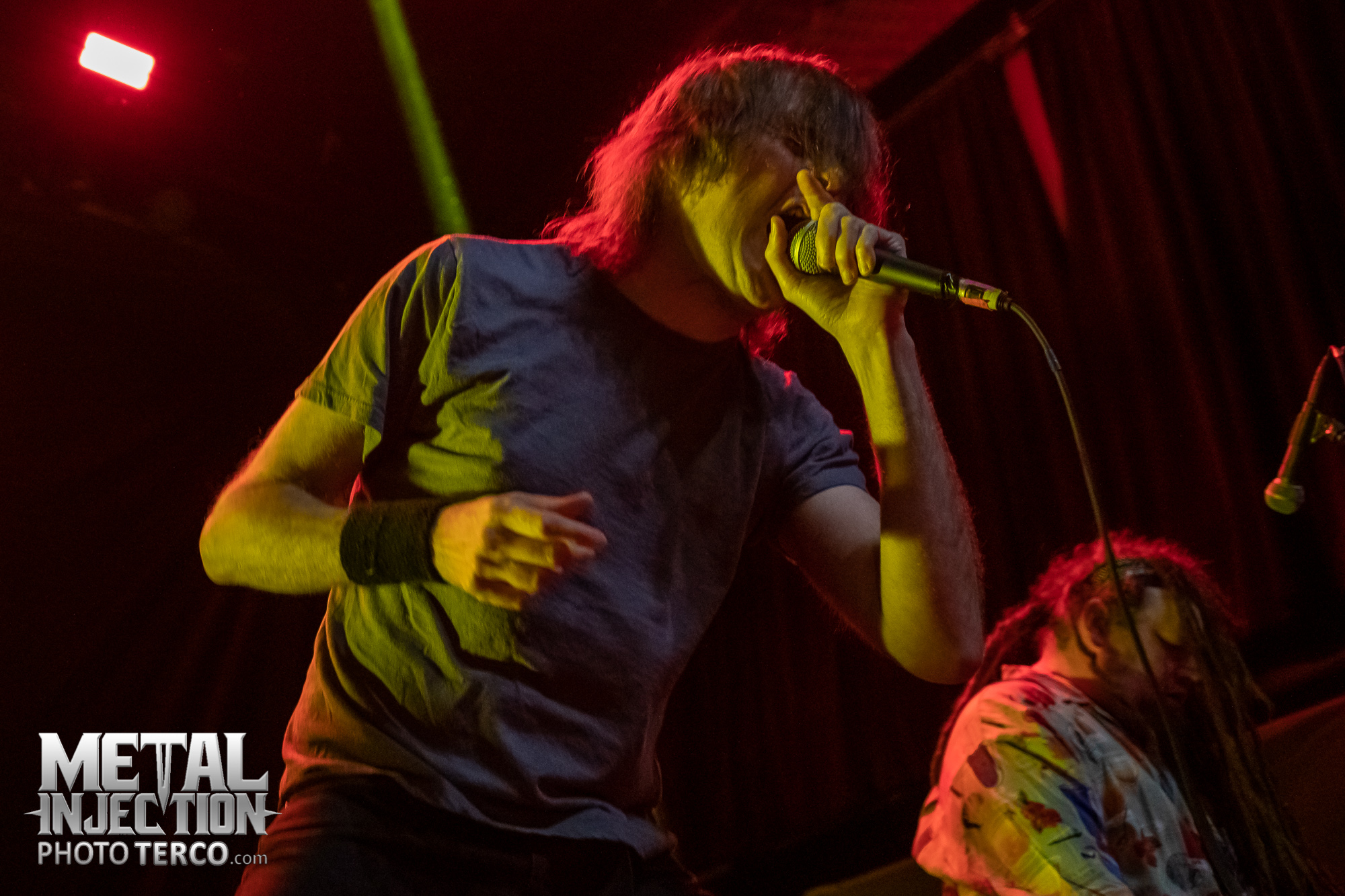 Napalm Death's 1990 album Harmony Corruption is the band's first to feature vocalist Barney Greenway after the departure of Lee Dorrian. The album is widely considered to be a classic, though Greenway revealed in an interview with The Jasta Show that he actually prefers 1992's Utopia Banished.

Greenway said Utopia Banished was what he wanted Harmony Corruption to be in terms of harshness and extremity, and that he doesn't love the production on Harmony Corruption. Greenway is careful to point out that his dislike of Harmony Corruption's production has nothing to do with Scott Burns as a producer – it was just a product of its time and was produced in line with the sound back then.

"Harmony Corruption is a really funny album because there is a lot of people that come to us, they'll say 'right. My favorite albums [are] Scum or Harmony Corruption.' When people present that to me and they're like, 'yeah, [Harmony Corruption] is the best,' [and] I'm like 'no, not it's not actually.'"

"Utopia Banished to me was a better album, and recording it was better. It's more harsh, it's more extreme – it's what I actually wanted to do [and] what I would have preferred to do with Harmony Corruption. I like the Harmony Corruption album. I like the songs on there, some of them. Some of the moments on there, not so great for me. But the production… I'm not blaming anybody for this because Scott did what Scott thought he should do, you know, for other bands, and it's not bad. It's just not a Napalm Death production as far as I'm concerned.

"Having said all that, it is a product of its time and it was a stepping stone for us to go other places as a band and so I wouldn't change it for the world, you know? I've no interest in doing a remix or recording any of the tracks."

And to clarify – Greenway makes it clear through the interview that Napalm Death is not at all interested in re-recording old material or doing reissues unless there's a genuinely good reason for it.

Napalm Death and Brujeria will hit the road this October for their Campaign For Musical Destruction Tour. The tour will feature Frozen Soul on most dates, as well as appearances from MDC and Cryptic Slaughter. Get the full routing below.