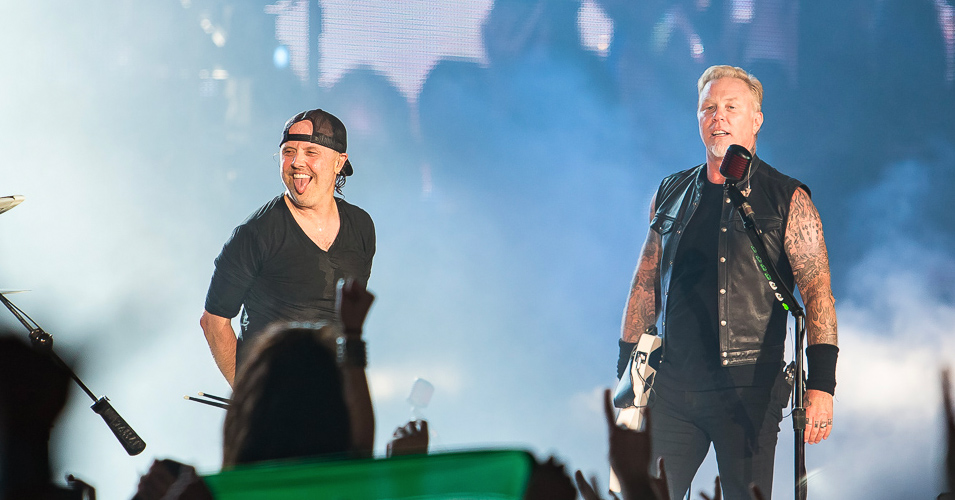 Iron Maiden is just one of those bands that have been an undeniably cornerstone for metal. With their dual guitar harmonies,  great live shows, and fantastic album art, the band is simply a classic. Even in the eyes of their established colleagues Metallica. Or more specifically, drummer Lars Ulrich.

Ulrich tells Zane Lowe on Apple Music that Iron Maiden was Metallica's biggest inspiration, and even shares a story about the band being cool to him way back when.

"My relationship with those guys obviously goes back years and years and years to 1981 in Copenhagen when Steve Harris and the first singer, Paul Di'anno, were kind enough to invite me into the dressing room as I was standing in the shivering cold outside the concert hall in Copenhagen. They have always been, the hard rock bands, the one that's probably inspired Metallica the most, they had cooler record covers. They had cooler … The stories and they seem to care more about the fans. They went deeper, the fan club. They had nicknames.

"So, as I've been trying to stay fit during the last four or five months, when I've been working out, obviously you need something to move you along. And so I've been hitting the first couple Iron Maiden albums, which always are great to work out to."

Now if we could just get a Metallica and Iron Maiden tour once this is all over. As for Metallica, they're working on potentially recording a new album this fall.