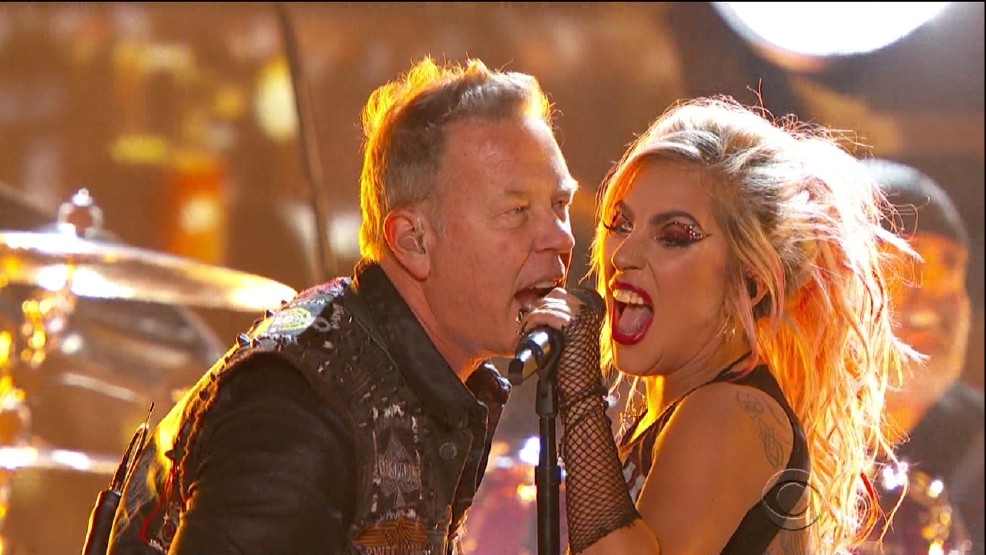 Metallica recently appeared on The Howard Stern Show and, aside from playing a handful of songs, sat down with Stern for an interview. During the interview, both vocalist and guitarist James Hetfield and drummer Lars Ulrich looked back fondly on their collaboration with Lady Gaga at the 2017 Grammy Awards.

"I just respect her as an artist," said Hetfield. "She was there for two hours before we even got there, working on her moves and thinking stuff up. She is extremely creative and a fearless artist."

"Lady Gaga, in particular, she loves metal. She was telling me that 'Metal Militia', which is this deep cut on our first album Kill 'Em All, was her favorite song back in the day," added Ulrich.

So would Metallica ever collaborate with Lady Gaga again? At the time of the 2017 Grammy Awards, both Ulrich and guitarist Kirk Hammett were on board with more. Hetfield, not so much.

In related Metallica news, the band will release their live-with-orchestra album S&M² on August 28 in a variety of configurations, including a pretty insane box set. You can also check out the band's latest installment of their retrospective Metallica Mondays concert series here.