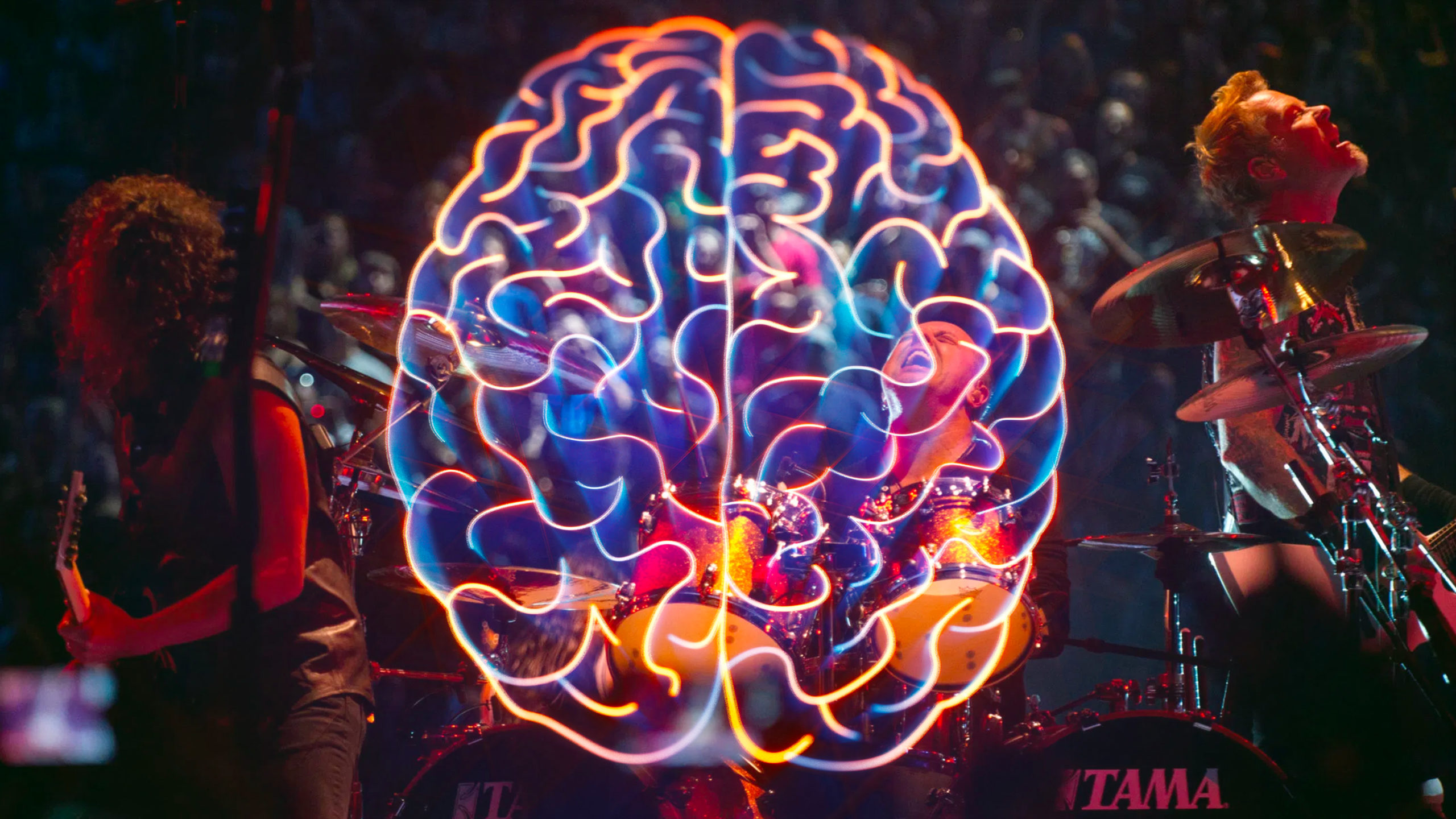 Based on previous scientific studies, we do know that listening to metal has been proven to make people happier, and that listening to music every day is good for your health. We learned not too long ago that going to shows can increase your lifespan nine years, but can it cure brain damage? For one Metallica fan, that's exactly what happened, according to comedian Jim Breuer.

Breuer has logged many miles on the road opening for Metallica and naturally would end up meeting tons of Metallica fans. One couple in particular stayed with him. It was a retired army veteran who recently suffered brain damage from a motorcycle accident and his wife.

Breuer appeared recently on The Joe Rogan Experience and said he witnessed first hand the improvements in the vet's demeanour and, according to Jim, doctors told the vet that his brain began improving after he regularly began attending Metallica shows.

So, I did a Metallica tour, right? On this tour, I start to get know people from around the world. I go to every single Metallica show and they're amazing.

He's got irreversible brain damage, it's completely irreversible. He gets checked every six weeks, nothing's going on. [Doctors say] forever this part of the brain is going to be dead. He knows Metallica is coming and she said she came home and for the first time, he was trying to get up. And she said 'what do you want?' and he said 'I want to see Metallica!'

Okay, well I'll bring you to Metallica. She goes to Metallica, brings him in the wheelchair, he's got all his stuff. And she sees while she's getting tickets, all these other Metallica fans, they start taking care of him. And she saw how happy he was, and how much life he was getting just from seeing Metallica.

So she goes maybe I should follow them. So she goes and buys even more tickets, and he starts… he's got life! Now they follow [Metallica] every time they tour. And they come see me. And when I first met him, he was very subdued, he doesn't smile a lot, like 'hi, how you doing,' she's got this big smile and she's always bringing sunshine, great energy. By the end of the tour, as soon as the tour ended, I wish I had my email, she goes 'Oh my god, Jim, you won't believe what's going on. I think we're going to the European tour.' I said why. 'The doctors for the first time said, his brain is starting to heal itself, and they truly believe it's from going to Metallica concerts.' Maybe it's not the music, it's the community, the life, the people around him that's inspiring him. And they want to hook him, and do this as a test. Perhaps this has the power of healing. Dude, how sick is that?

Is there anything Metallica can't do? Listen to that full interview below

[Thanks for the tip, Bryan Quinby]