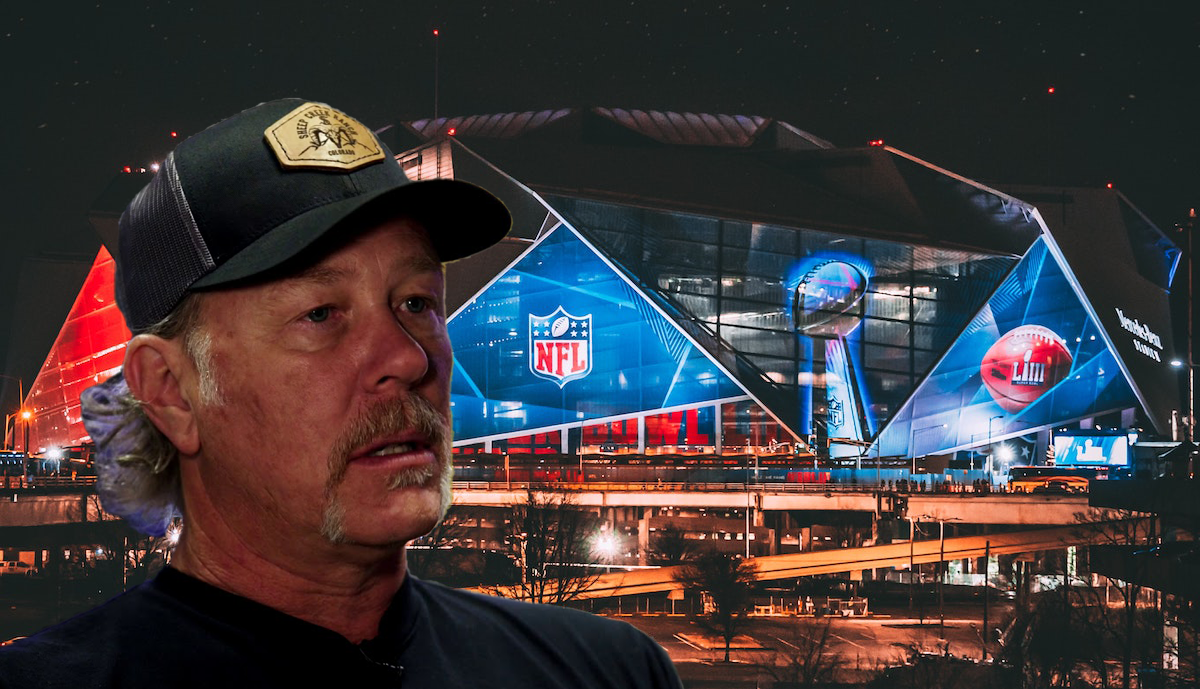 Super Bowl LVII will be held on February 12, 2023 at State Farm Stadium in Glendale, AZ and, like every other Super Bowl that has come before it, won't feature any heavy acts for the halftime show. Instead, this year's halftime show will feature Rihanna with Apple Music as its sponsor. So I guess there's always hoping for next year, right?

And I get it. Metal isn't exactly the most popular genre that'll entice tons of people to watch the halftime show like a bigger rap or pop act will. In fact, that's all this decade has been so far. The 2020 Super Bowl featured Shakira and Jennifer Lopez, 2021 was The Weeknd, and 2022 was Dr. Dre, Snoop Dogg, Eminem, Mary J. Blige, and Kendrick Lamar. We've gotten a few halftime shows over the years with rock sprinkled in there like in 1997 where the show featured ZZ Top, 2001 with Aerosmith, 2010 with The Who, and 2014 with Red Hot Chili Peppers (plus other shows featuring U2, Bruce Springsteen, etc.), but it's few and far between. Rock isn't going to draw in the numbers like country, pop, or rap will. That's just the truth, and it'd be nice to see a heavier act do it one day, but right now it just doesn't seem feasible.

The closest we ever got to the most obvious choice in terms of popularity – Metallica – was in 2021 when the band played The Late Show With Stephen Colbert's special A Late Show: Super Bowl Edition. In 2016, James Hetfield explained why he thinks Metallica might be a bad choice for the big game, saying "I can’t dance, I can’t jump around, I’m not an acrobat, I’m not a variety show, you know? We are artists. We’re a band. We love playing songs. We’re not gonna fly through the air on a sparkly star with a unicorn. It’s become less about music unfortunately and more about just the spectacle. When we played for the fiftieth anniversary of the NFL… right here in our hometown and they didn’t have us do it… that would have been the time. Maybe that time has passed?"

All I'm saying is this – I bet Ghost could do it given a little more time to grow into their popularity. Though I'm sure given their looks and lyrics, anyone who's too buttoned-up and afraid of a little tongue-in-cheek "evil" would throw a complete and total shit fit. And boy are there a lot of those.

In this article: Superbowl