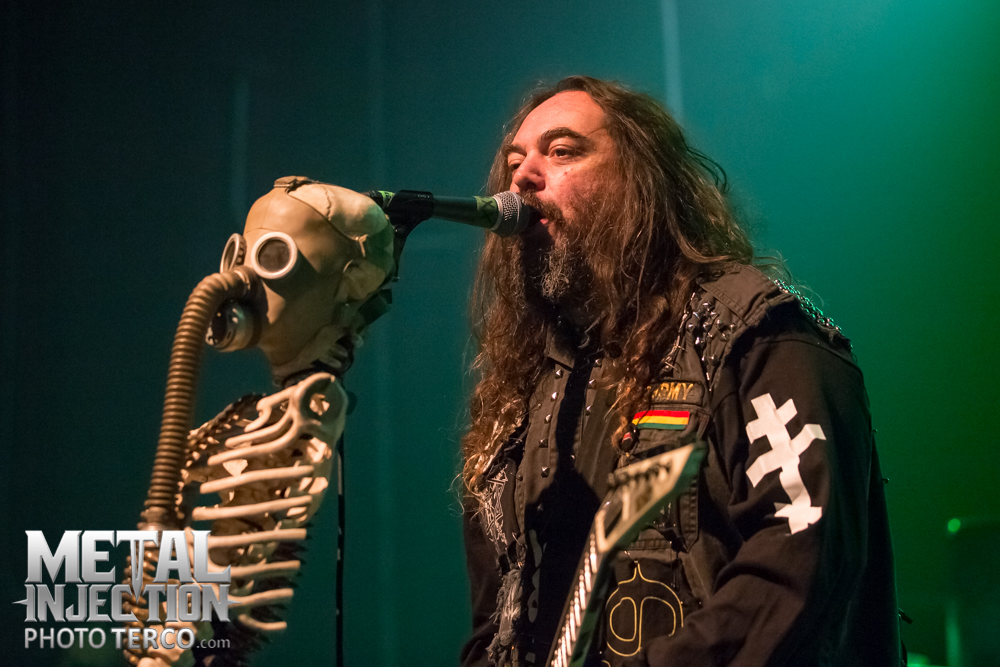 In a new interview with Loudwire, Max Cavalera talked about learning to speak English by listening to heavy metal lyrics. Cavalera and his brother Igor grew up in Brazil speaking Portuguese, both the sons of an Italian father. Max quit school when he was twelve years old, but he acquired a Portuguese-to-English dictionary and began the process of decoding the words to his favorite songs.

"You didn't feel like school was going to give you a lot in Brazil at the time," Cavalera said. "You get your degree, but you can't get a job. Albums were my real English teacher…. [The dictionary was] where I got the name Sepultura, which I translated from Motorhead's 'Dancing on Your Grave' from the Another Perfect Day album.

"At that time, I was translating Motorhead, Black Sabbath, AC/DC, Iron Maiden, Judas Priest, Ramones, a little bit of Sex Pistols. It was a lot of fun—hours of going word by word with the dictionary and forming the sentences."

Cavalera also spoke about the wide range of lyricists who influenced his own writing, some of which were a surprise, and even revealed specifically what lyricist heavily influenced him during the while some of Sepultura’s most memorable cuts.

"One record I translated that was very influential was U2's War. I love Bono's lyrics — he's a great lyricist, especially in that old U2 era of October, War and The Joshua Tree. War was an anti-war record, and I turned that into some of the 'Beneath the Remains' lyrics. Stuff like 'who has won/who has died/beneath the remains' was very much from the War record.

"The famous line from U2's 'New Year's Day' was 'Under a blood red sky' and I took that—'Under a pale grey sky we shall arise.' I love that you can borrow from other artists. People borrow my stuff all the time."

Cavalera will release a new Soulfly record Totem on August 5. Totem was recorded at Platinum Underground in Mesa Arizona by John Aquilino and Arthur Rizk with assistance from John Powers. The album was produced by Max alongside Arthur Rizk (Kreator, Power Trip, Code Orange) and features guest appearances from John Powers (Eternal Champion), Chris Ulsh (Power Trip), and John Tardy (Obituary). Arthur Rizk was also responsible for playing lead guitar on the record. The artwork for the album was created by James Bousema.