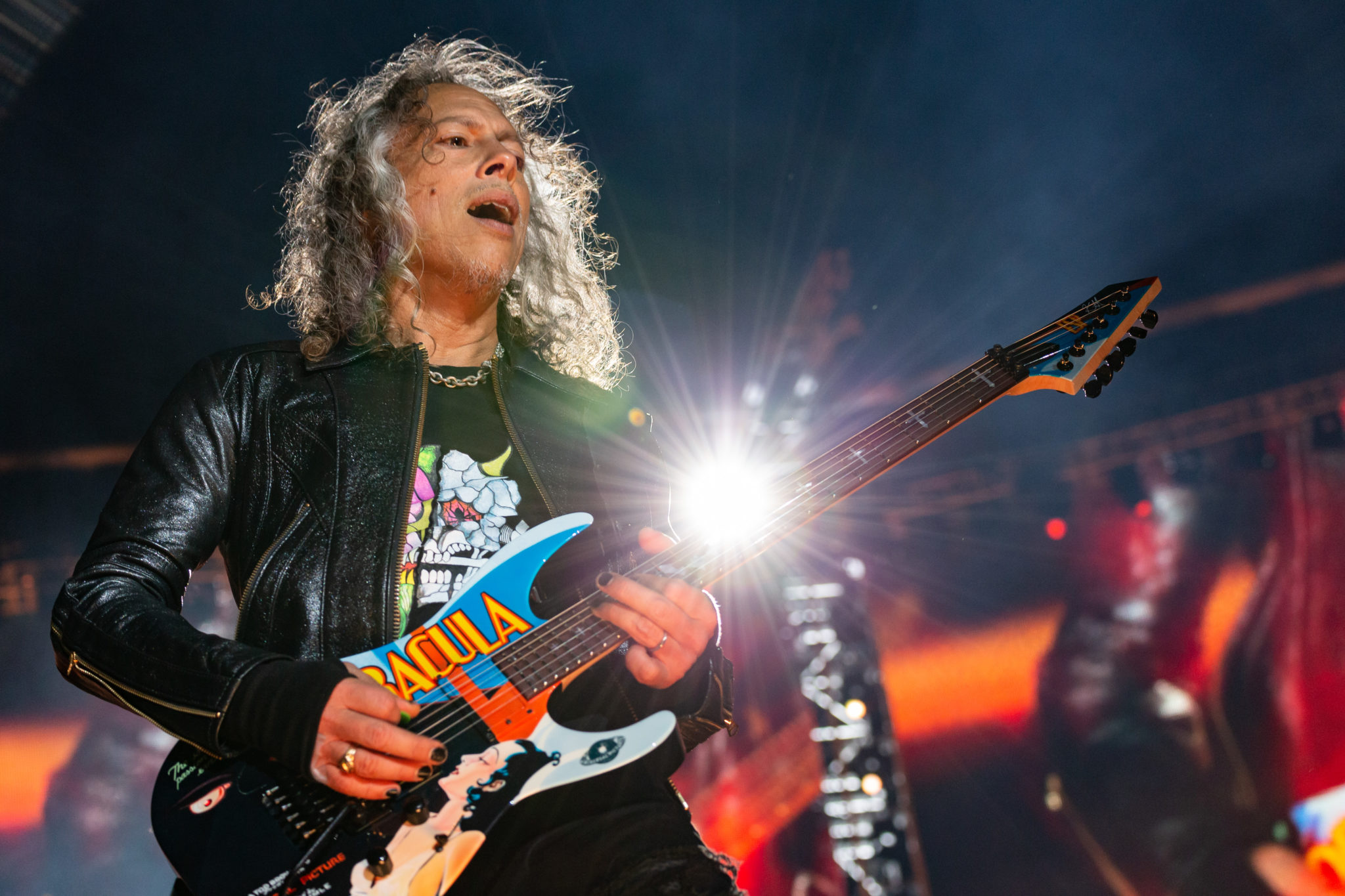 Kirk Hammett recently tipped the world off ot a potential new Metallica album in an interview with NME, saying he couldn't talk about it. Now Hammett is being a little more forthcoming with information in an interview with Guitar World. When asked about it, Hammett said the band wasn't exactly sitting on their asses doing nothing throughout the pandemic and that fans can draw their own conclusions. So y'know – there's totally a new Metallica record.

"Well, let's just say that over the Covid years, we weren't just sitting around on the couch texting each other, complaining about how we couldn't work," he said. "That was the exact opposite of what happened! We've been working through the lost years – so you can draw your own conclusions from that!"

The new Metallica album will be the band's first since Hardwired… to Self-Destruct in 2016. Hammett recently gave an interview about his new solo release Portals where he mentioned Metallica engineer Greg Fidelman twice, saying he "had his hands full with all sorts of other Metallica stuff" and "he was up to his neck in other Metallica commitments." Of course that could be mixing some live material or even working on the Load and Reload box sets… or maybe it was new music? I guess we'll find out soon enough.