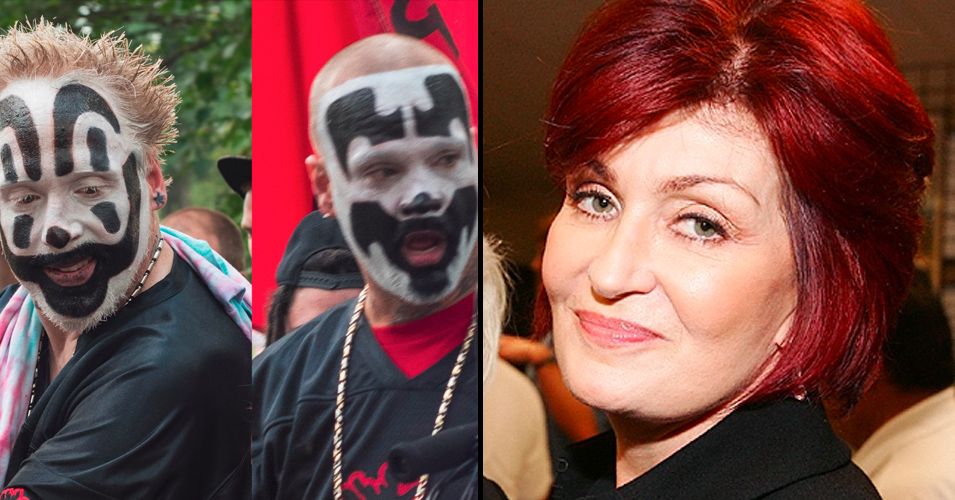 Longtime fans of the Insane Clown Posse, Ozzy Osbourne and The Howard Stern Show might remember ICP's classic 1999 feud with Ozzy's wife/manager Sharon Osbourne. At the time. Sharon bet ICP's Violent J $50,000, that the duo's next release, the double album Bizzar / Bizaar would not sell 200,000 copies and would lead to the duo being dropped from their label, Island Records.

That did not happen, as not only did ICP cross the 200k threshold, the double album eventually went gold, selling in excess of 500,000 units. That means Sharon lost the bet and now owed ICP $50,000 per the agreement.

You might be surprised to learn that to this day, Sharon has yet to make the payment. Violent J told Loudwire during a recent interview that she paid and never even tried to make good on her bet.

“She lost that bet super hard. That record went gold. She, without question, owes us that money. We said, ‘You ain’t gotta pay us. Just pay it to a charity in our name.’ Because if it would’ve went the other way around, I bet you they would’ve been calling us out saying when are we gonna pay?”

Shaggy 2 Dope added “What do you expect from someone who’s a liar anyhow?”

I'm sure when Sharon sees this story, she will laugh it off. She's not losing any sleep over this one, although the true loser is the charity that could sure use $50k.