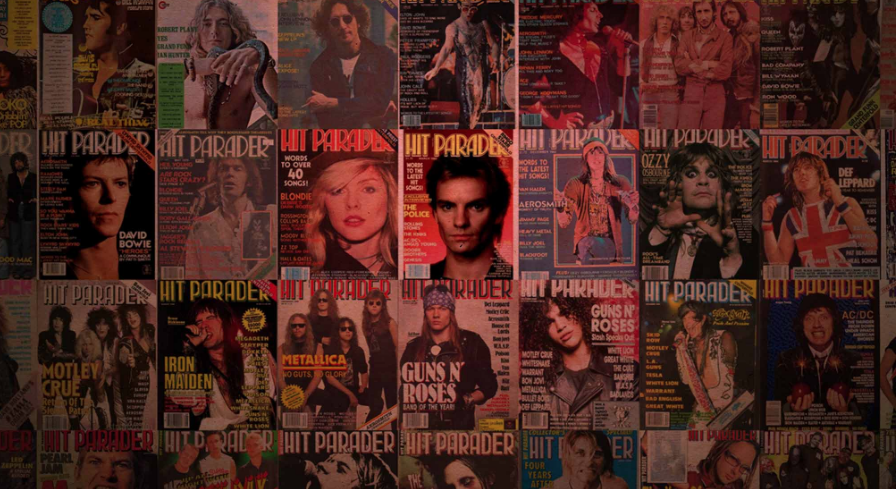 Hit Parader was one of the premiere rock magazines from 1942 to 2008, but for me specifically, it was the big mag of the late 90s nu-metal boom, and one I would follow regularly. As the internet rose to prominence, and blogs replaced the anlog blogs of yesteryear (aka magazines), Hit Parader faded – but it has been resurrected as an all-compassing production and event studio.

Variety reports that the brand has been resurrected by CEO Ash Avildsen, of Sumerian Records and Summer Slaughter fame, as well as vice president of artist relations, Matt Pinfield (MTV) and president Josh Bernstein (Golden Gods Awards, Loudwire Music Awards). They have a full slate of projects in the works.

Most notably, they have completed production of their original scripted series, Paradise City, a spinoff of the movie American Satan, starring Black Veil Brides' Andy Black, Bella Thorne, Drea de Matteo, and the late Cameron Boyce. A streaming partner will be announced soon.

Production will soon begin, COVID-willing, on a new reality series hosted by Pinfield called No Cover, which is being pitched as a rock version of American Idol, where the winning group gets a management and record deal.

One thing not in the plans at the moment is the relaunch of the magazine. Avildsen notes the current quarantine situation “highlighted the undeniable need for our music scene to diversify beyond the traditional models of entertainment, i.e., touring and albums.”

Another facet of the business will be live events – Hit Parader will be producing future versions of Mayhem Fest, which has been delayed until next year, as well as resurrecting the Golden Gods Awards and the Rock N' Roll Roast, which were both originally produced by Berstein. The new Golden Gods promises to offer complete transparency as to how nominees and winners are chosen, with vote results released the day after the award show will happen.

Watch the trailer for Paradise City below.