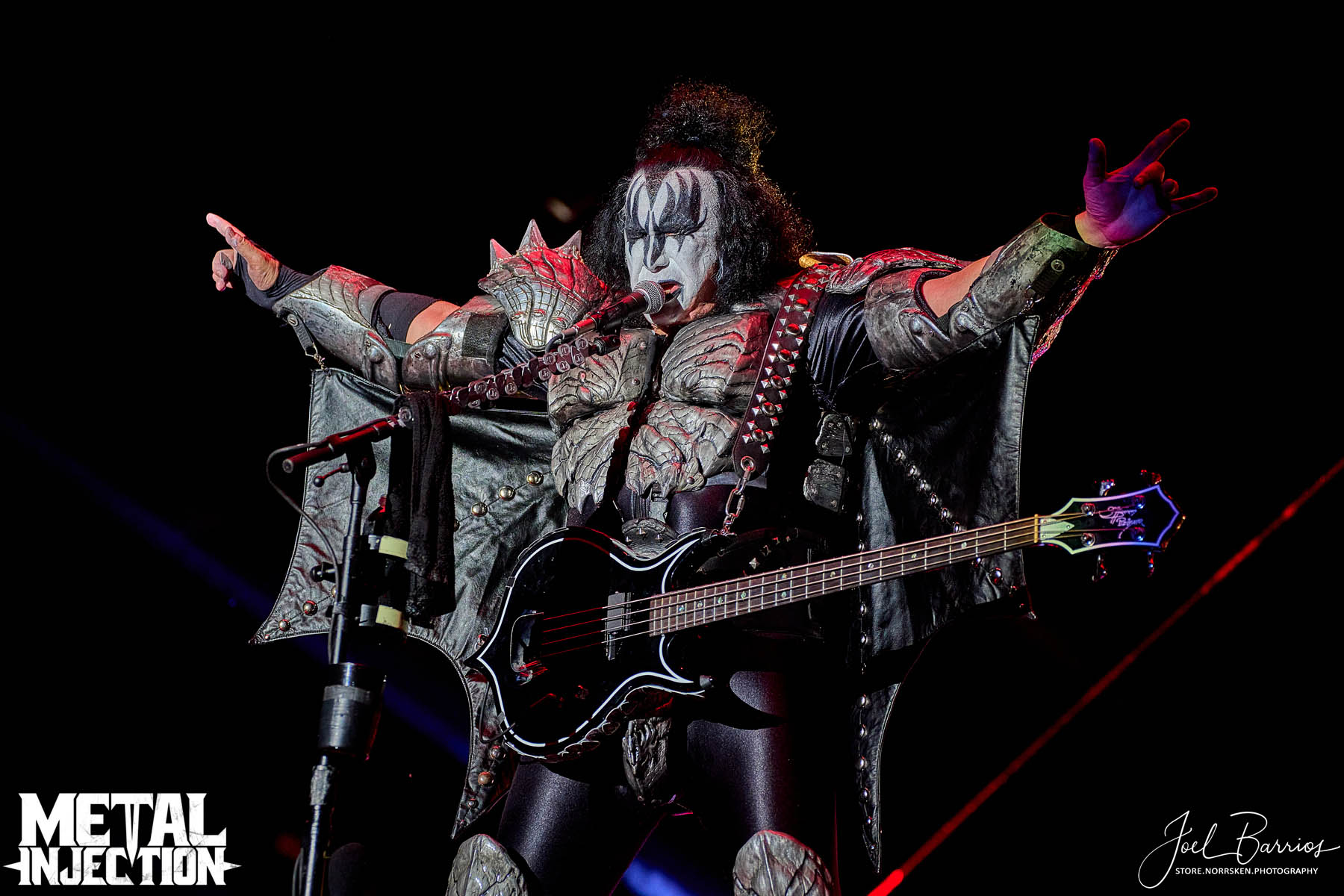 When and, frankly, if the Kiss Farewell Tour should actually come to an end, don't expect Ace Frehley and Peter Criss to be there. In a new interview with Dean Delray on Let There Be Talk, Gene Simmons came as close to shutting the tour as he ever has when it comes to a possible reunion with his former bandmates.

In the typical Simmons fashion, he went out of his way to heap all the feels on the members of the original Kiss lineup—before reminding everyone that, as far as Gene is concerned, there is a reason why Frehley and Criss aren't there today.

"I'm so proud, so lucky and blessed to have met Paul, Ace and Peter," he told Delray. "Without them, I wouldn't be here. I'd be asking the next person in line, 'Would you like fries with that?' And that's not even like a funny joke. But, 'Ye reap what ye shall sow.' How many chances do you get in life? The first time I stuck my hand in fire – I got burned, the very first time. It can be an accident or you can do it on purpose.

"So, drugs and alcohol, you can't say, 'I didn't know about that.' Sure you did, everybody knows exactly the same thing. If you get kicked out or be asked nicely to leave a band because of substance abuse where you can't do your job and everything. The first time you can almost excuse it, almost. How do you get asked to leave the band three different times over three decades? How do you do that? You get to sleep in the bed you make, and love Ace and Peter to this day, but also you don't want to lie to yourself and the fans. The only reason they're not in the band, and were in and out of the band so many times is because of themselves. I don't know where else to point. I didn't swallow that crap. You did."

You can check out Delray's complete interview with Simmons below. There had been some indication earlier this spring that Simmons, at least, was open to the idea of Frehley and Criss joining the band for encores. In a birthday tweet to Frehley, Simmons wrote, "The invitations still stand. Jump up on stage with us for encores. The fans would love it."

But since then, the door for a reunion has closed an inch at a time, with Frehley taking a shot a singer Paul Stanley over his alleged lip-syncing, then Simmons declaring that Frehley and Criss were not physically capable of doing a complete Kiss tour.

As the ultimate neutral, I say: does it matter? Gene has got big plans for Kiss: The Next Generation