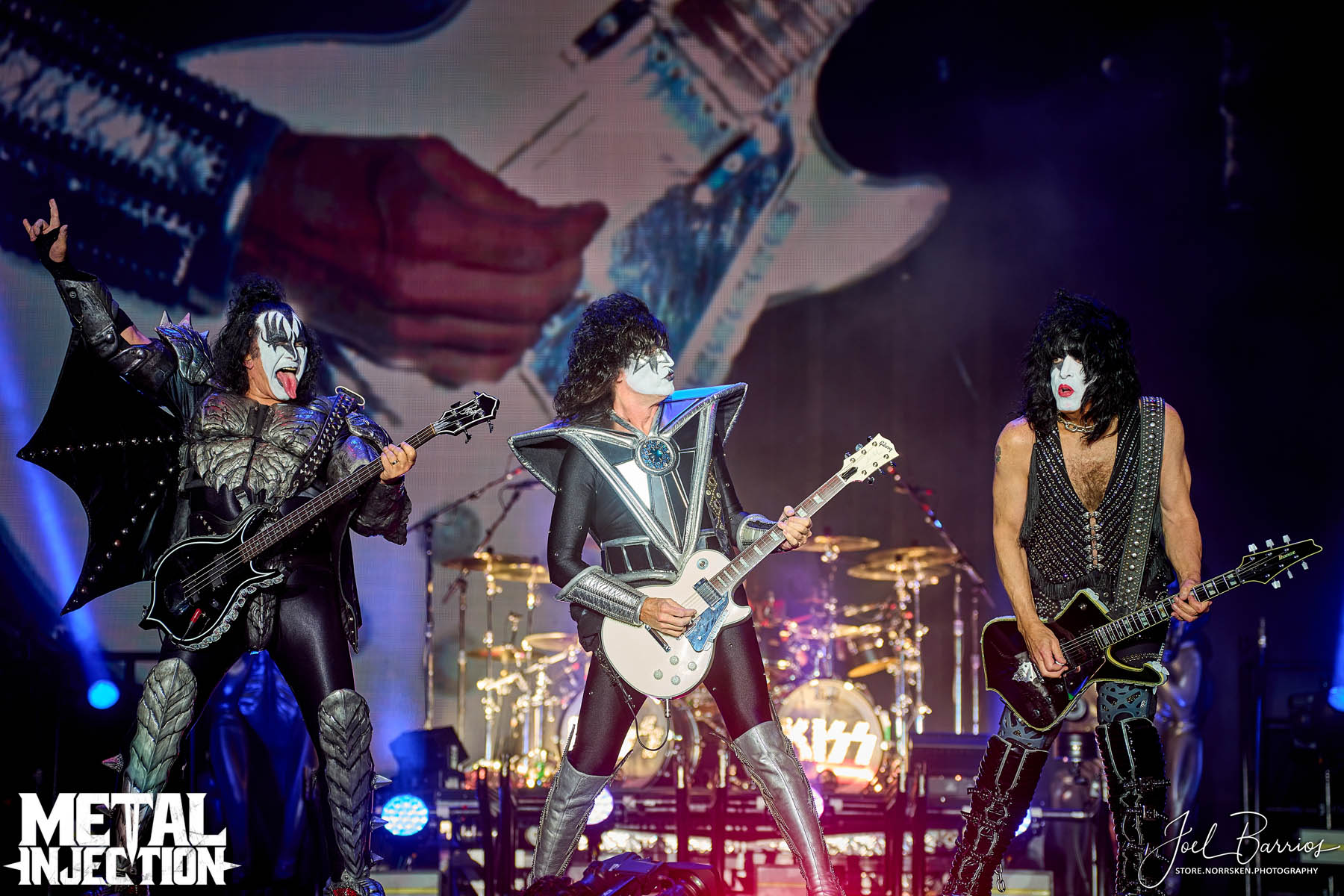 Last week, we reported that Kiss manager Doc McGhee believes that founding members Ace Frehley and Peter Criss should be a part of the Kiss's final show in New York City when the band ultimately winds down its End of the Road final tour.

McGhee said in an interview with VWMusic that Kiss has been in contact with Frehley, but hasn't spoken to Criss in a long time. McGhee added that he hopes both can join the band for the final show considering they helped found the band in 1973, saying "They were part of it, they aided in starting this band, and they should be part of the end of this. They started this, so in some way they should be able to share that spotlight on the way out. Now, regardless of if it happens or not, you're not going to get six guys up there in makeup. That's not going to happen."

Now, Gene Simmons has weighed in on the subject, painting a very different picture to Finland's Chaoszine, "We've tried. I keep trying. Paul and I met with Ace, trying to convince him to come back. He said, 'I want this. I want that.' Well, we can't do that. I asked Ace and Peter to be in the documentary [A&E's Biography: KISStory] They said no. They [said they] might do it if they have complete control of the edit. I said, 'We can't do that, because even we don't have that. But I won't control what you say; you can say whatever you want.' The answer is no — both of them. I asked Ace and Peter, 'Come out on tour. We'll get you your own room and everything. Come out on the encores.' Ace said, 'No. The only way I'll come out is if I'm the Spaceman and you ask Tommy [Thayer, current Kiss guitarist] to leave.' I go, 'Well, that's not gonna happen.' First of all, I care about Ace, but he's not in shape — he can't play that way and doesn't have the physical stamina to do that"

Simmons was also asked if he saw any footage from last month's Creatures Fest in Nashville where Criss, Frehley and former Kiss members Vinnie Vincent and Bruce Kulick all performed.

"Somebody showed me about 30 seconds, yeah. It was very sad. I felt sad for Peter," Simmons said. "When I called to invite Peter to be in the documentary, his health isn't what it should be. I don't wanna get too specific because it's part of his private life. But no—physically, he wouldn't be able to do it. Neither would Ace."

Stay tuned, folks. There may be more developments to come. You just never know when it comes to Kiss.