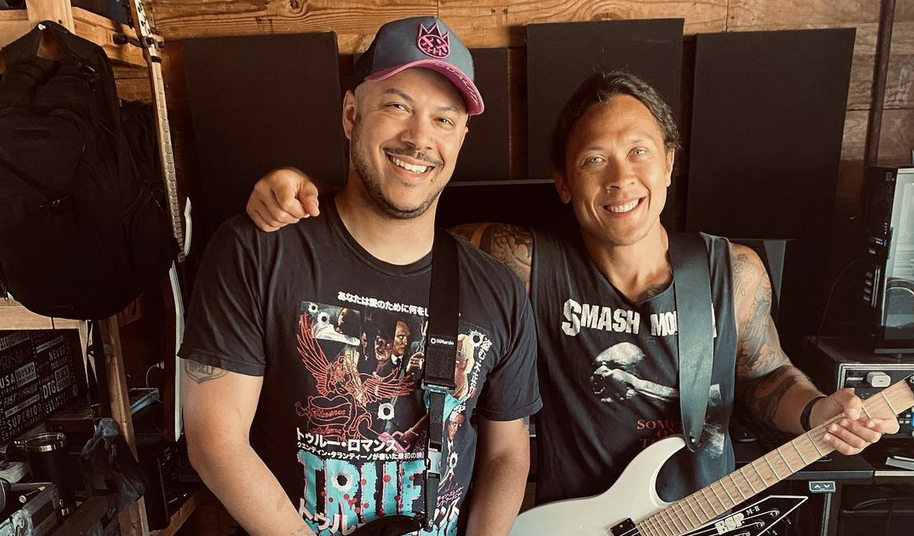 Former As I Lay Dying guitarist Nick Hipa has joined God Forbid for their upcoming reunion show. Hipa played guitar in As I Lay Dying between 2004 and 2014, and then again between 2018 and 2021. Congratulations are in order to both God Forbid and Hipa!

"The cat is out of the bag. People have been asking relentlessly about would be playing 2nd guitar for the God Forbid reunion. We’ve been keeping it under wraps but I am proud to announce our good friend Nick Hipa ex-As I Lay Dying, as that guitar player. Nick is a ripping player and just great human being. This is going to be so badass. I can’t wait to jam this set in a couple months at Blue Ridge Rock Festival."

Outside Hipa, God Forbid is currently its original lineup of vocalist Byron Davis, guitarist Doc Coyle, bassist John Outcalt, and drummer Corey Pierce. As for potential new God Forbid material, vocalist Byron Davis said "who knows right now" in a recent video posted to the band's Facebook page. "Who knows," said Davis. "We'll have to see how that plays out. We do have a reissue [of Gone Forever available here] though, coming out. So you can get a little bit of that old God Forbid flavor until you get some of that new God Forbid flavor, but you know – only time will tell as far as new material." He later added "It's unknown right now at this point."

Regarding new material, Coyle added in a recent interview that it's important for him to also make sure the band is on board with doing material, as he points out that he feels "God Forbid was one of those bands where the sum was better than the parts."

"I mean, a little bit. Because, you know, I was kind of the main kind of riff writer [and] songwriter for the band for a good portion of those last few records. So me as a writer, there's always stuff [I'm working on that] I'm like 'that sounds like a God Forbid thing,' right? So there's always stuff that I'll just kind of put to the side or kind of [have] in the back of my [head] that theoretically could be that. So there's definitely some material that definitely could exist, but I am very much taking it one step at a time.

"I have a tendency to have a lot of big ideas and go [down] a lot of rabbit holes [in] my head but unfortunately – not even unfortunately – you want to make sure everyone's a part of that, not just it's my little kind of… sometimes I get all hyped up in my head but it's like, it takes a village and everyone has to be on board. It's important to make sure everyone is excited about anything you're doing – that's just very, very important to me.

"I really enjoy the band dynamic and having everyone be involved and be excited about stuff because I really believe in the synergy of that. I think God Forbid was one of those bands where the sum was better than the parts, that everyone together made something that outpaced our actual talent and ability, you know, because of the chemistry."