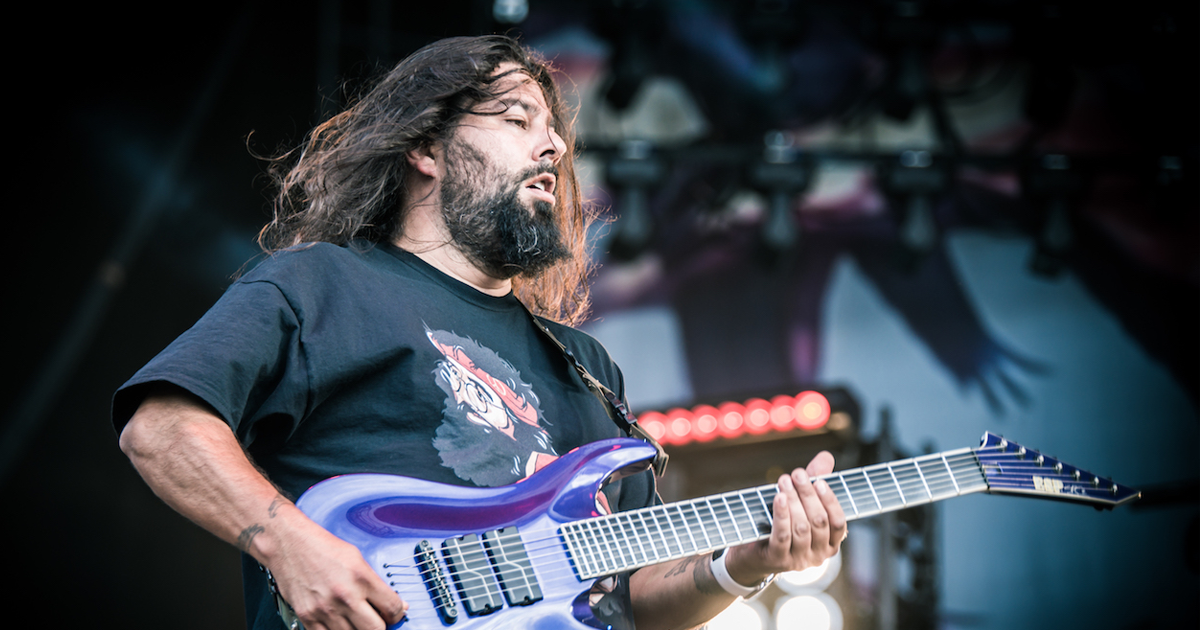 Late last week, Deftones guitarist Stephen Carpenter made waves on the internet after being a guest on a conspiracy podcast and revealing, among other things, that he is anti-vaccine and that he believes the earth is flat. I highly recommend reading our recap. Carpenter has since "apologized" to anybody he offended with his comments, saying it was all love. Now, another bandmate is coming to his defense.

To be clear, it's not a member of Deftones that is defending Carpenter, but rather a bandmate in one of Carpenter's side projects, Sol Invicto, Richie Londres.

Londers took to his Instagram to write “Just wanted to say, on a flat plain or a globe or a donut, I stand with my brother @stefdodoubleg ? all day long. Any “fans” or “news” sites getting their biscuits soggy over a random bit of chat on a podcast are having a laugh.

I’ve watched Stephen be a gent to every single person he’s met and written some hall of fame level riffs in his time, even if you do think he is a mad-lad, so what? He’s not working for the WHO he’s a musician and frankly Stephen is one of the tiny minority of famous musicians who isn’t a total wanker, he’s a genuine dude and anyone who’s met him will confirm, he’s only annoyed me once, when he left the studio early to go to a birthday party, but I’ve since forgiven him so that’s fine now. All the best, Richie #istandwithsteph #golfearth”

Sol Invicto released a heavy new song in September, which you can listen to here.