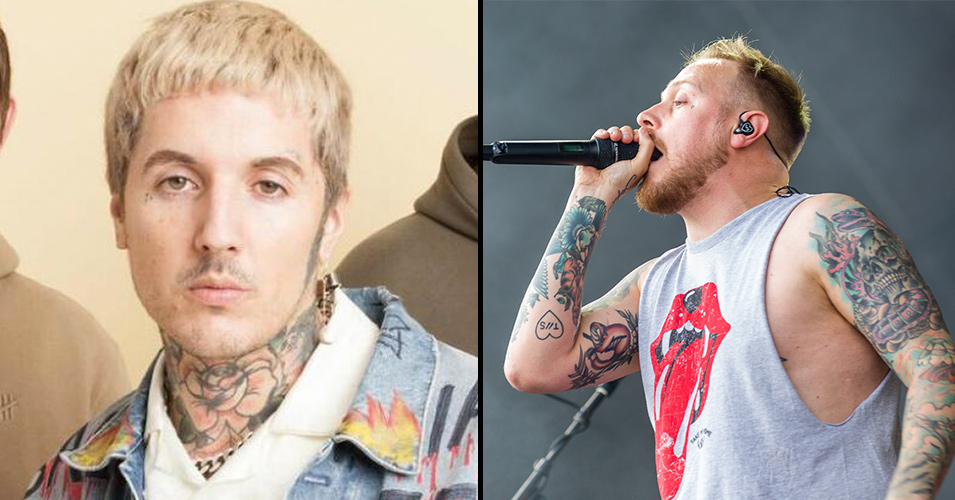 Bring Me The Horizon's new record Amo is hardly what anyone could call "heavy," while Architects is taking a more straightforward approach to their usual crushing music lately as well. Bring Me The Horizon frontman Oli Sykes and Architects frontman Sam Carter recently sat down with Kerrang! to talk about their evolving bands and evolving tastes over the years.

The conversation of course turns to their own music when Sykes says he got "into hot water with some of my comments on rock music recently," while still pointing out that "there’s less rock out there, people are becoming a bit more open-minded." The two then discuss a little more about moving away from just being heavy.

Oli: “It totally is. What we’re trying to do with All Points East is say: forget about the scene. The bands that will persevere are the bands who are just making good music and doing something interesting. And because of that, I think there could be a resurgence of rock, because everyone’s bucking up their ideas and pushing and trying to do something special. It will happen. Rock’s not going anywhere. It was just lagging behind a little bit in terms of progression, and I think it’s time for the audience to become more open-minded and step away from boundaries.”

Sam: “If you look at bands like Arctic Monkeys or The 1975 or Bring Me, they’ve all released different albums to what they were doing before, and they’ve all gone to Number One. They’re all pushing themselves creatively and made something amazing that people aren’t sure of at first, but then love. And that inspires bands like us because we don’t want to stay in this safe lane.”

Sam: “‘Cause after you’ve been in a band 13, 14 years, you can piss out a heavy record (laughs)! You can’t go in and just chug, it’s boring. Push yourself. Don’t do something that’s safe, because eventually you’ll lose that excited feeling you used to get from writing music.”

Oli: “I appreciate that as a kid that it’s hard to understand that your tastes evolve. When I was 16, all I wanted was fast heaviness, and I couldn’t imagine myself growing out of that. And I haven’t grown out of it, but your palate just changes. I think what you have to do is be a band that surpasses a genre. Look at all the most successful bands: Linkin Park were a heavy band for people who don’t like heavy bands. Arctic Monkeys are an indie band for people who don’t like indie. I hate indie, but I love Arctic Monkeys. Architects – loads of people don’t like heavy music or metal, but love Architects.”

On accusations of selling out:

Oli: “Doing what we do is fucking hard. It’s not easy. It’s not selling out. I can write a fucking breakdown in my sleep. But I want to challenge myself. Selling out would be making something we’ve already done.”

In this article: architects, Bring Me the Horizon