No Really, CHRIS BARNES Truly Hates The Modern Death Metal Scene
This is getting a little crazy.

Kathy Griffin is feeling the heat from her decision to do a controversial photo shoot where she was shown with a mock beheaded bloody bust of U.S. President Donald Trump. Griffin immediately apologized about "going too far" and has since been the victim of endless harassment and death threats. A few days ago, we had a good laugh when Gwar said they were mad at her too… but because Kathy was trying to steal their bit.

But there was no laughing at a press conference held yesterday where Griffin was flanked by attorney Lisa Bloom. During Bloom's intro of Griffin, she mentioned how unfairly Griffin is being treated, even after apologizing. Then, Bloom attempted to throw some metal bands under the bus:

Many male artists have created far more disturbing imagery. A Marilyn Manson music video shows him beheading a Trump figure. The band Municipal Waste has an image of Trump with a bloody gunshot to his head on a band t-shirt. The band G-W-A-R has violent images like this of president after president for years. They're all just considered bad boys. Unlike these male artists, Kathy apologized. Unlike these male artists, Kathy has endured the most powerful man in America and his family using their family to target her and her employees, after she apologized.

Here is video of the call out:

GWAR posted a tweet saying they don't apologize ever.

GWAR spoke to Style Weekly and told them they invite Kathy to the stage anytime this summer to help decapitate Trump:

Beefcake the Mighty, bass player for Gwar, has responded and says that the band, which has a new album out on Metal Blade this fall, is about to leave for its summer Warped tour, hitting major cities across the country. He's got a special offer for Griffin.

"We'd like to invite Kathy Griffin to join us on stage in decapitating Trump, then we'd like to kill her," he says. "She and her lawyer need to learn how to say Gwar. It's not an acronym. It's a guttural feeling. You just have to belt it out."

Aesthetically speaking, Beefcake says that the severed head prop used in the photo was "about as good" as one of theirs.

"We've been killing presidents for years now and we'll continue," he adds. "We don't discriminate. We're not into politics and we hate all humans. We'll kill everyone."

Municipal Waste and Marilyn Manson have yet to respond. 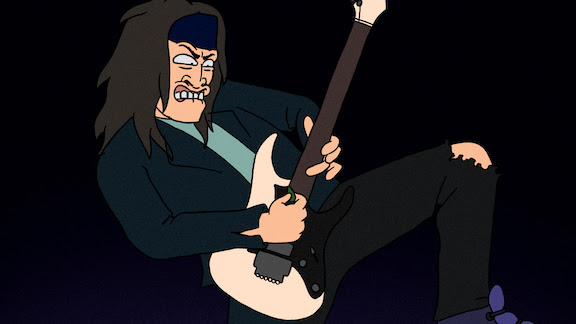