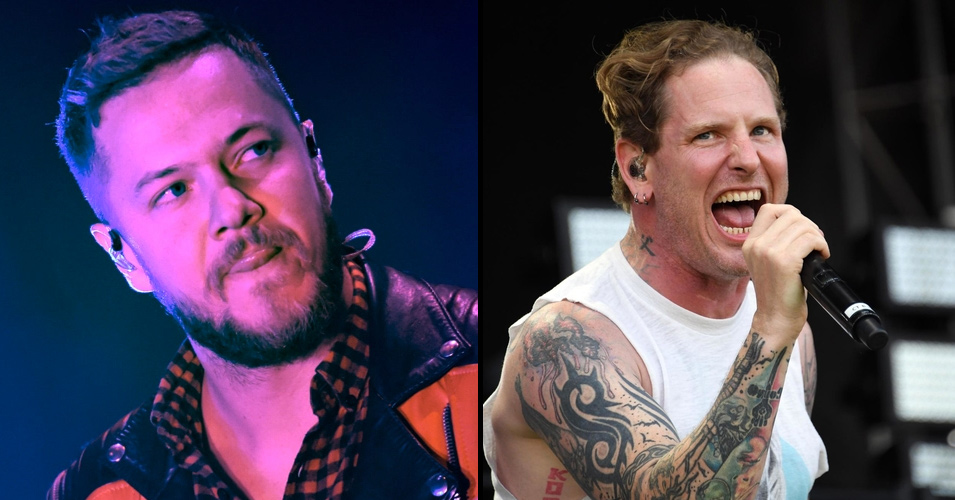 I was just as surprised as anybody how far Corey Taylor's comments about Imagine Dragons being the new Nickelback in terms of hate had gotten. Even Variety wrote an article with a pretty hilarious title "Imagine Dragons Topples Nickelback as World’s Worst Band, Says Slipknot Frontman"

All the hate clearly got back to Imagine Dragons frontman Dan Reynolds. It looks like Taylor hasn't been the only guy to comment on their sound, as Reynolds calls out criticism from Queens Of The Stone Age, Smashing Pumpkins and The 1975. Here is his full statement, which he posted on Instagram:

“For a decade now I’ve dealt with critics and other bands saying extremely harsh things about my band. Not what I would call “fair criticism” (which I always try my best to receive and learn from) but actual click-bait horse shit. Words filled with vile and hate meant to feed humanities need to laugh at each other’s imperfections and fails.

I’ve stood silently and taken it for years. It has added to the depression I’ve dealt with since youth. I don’t say this in search of sympathy, but just as a fact.

It’s not the person that causes me the feelings of stress and depression, but what it does to the world we as a band have created.

How it could possibly make a kid feel “not cool” listening to imagine dragons. I hate that thought. Wondering if my kids will be made fun of as they grow older because someone thinks my band isn’t cool.

I’ve gotten over the fact that guys in other bands (the 1975, foster the people, smashing pumpkins, slipknot, etc) feel a need to talk badly about my band for whatever reason.

I don’t feel anger towards them actually, just more of a sadness that this industry embraces, even celebrates this mentality. I wish it felt like a place where artists stood by each other and supported one another – regardless of our different tastes and voices.

My band mates are some of my best friends. We are authentically ourselves and strive to bring positivity and empowerment to the world.

We’ll continue to do just that.
X DR”

It's weird that his message is basically I'm not mad, this has further added to my depression, which I'm not saying for sympathy because I'm not mad but think of my kids. People get shit on for their music tastes all the time. If you believe in the music you are making, who cares what Billy Corgan and Corey Taylor say? It's not like Smashing Pumpkins and Slipknot don't get their fair share of hate.

So in conclusion, it seems like instead of letting the news cycle die, Reynolds just further contributed to it. Good work, bud.