MANTAS To CRONOS On Recent VENOM Reunion Comments: "Watch The Videos Of Your Own Band If You Wanna See A Sub-Par Performance"
The saga of the new Fear Factory album continues.

Fear Factory's next album was supposed to come out in 2017, but for whatever reasons it never did. Then in December of last year, vocalist Burton C. Bell mentioned that the new record would be out in 2019. Bell is furthering this claim by announcing at Headbangers Con that the new record is called Monolith, but is currently delayed due to "some technical difficulties, and once that’s finished, the record’s gonna come out."

“Fear Factory, we have a new record. It’s done. It’s delivered to the label. And we’ve got some technical difficulties, and once that’s finished, the record’s gonna come out. It’s gonna be called ‘Monolith‘. It’s a great record.”

Blabbermouth also obtained an image of the cover art for the record, which you can see below. 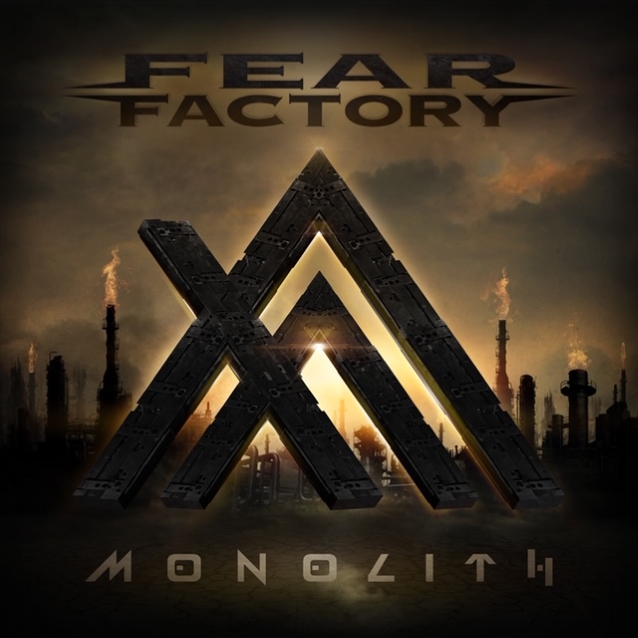 So that's it. Fear Factory has a new record called Monolith and there's the artwork. Except guitarist Dino Cazares seems to have no idea about the title and disagrees that it's even called that.

Not sure what your talking about https://t.co/X4Yz7o30jV