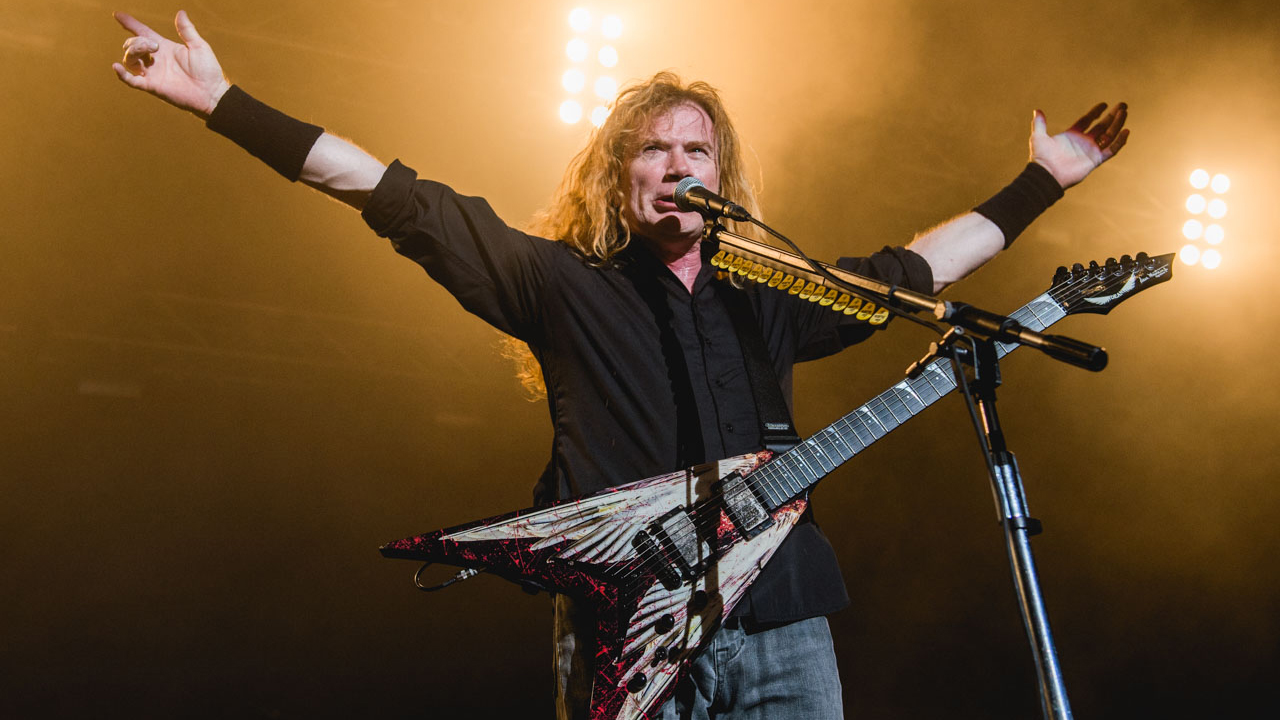 Dave Mustaine has been quite a Chatty Cathy lately—which is to be expected since he's out on the publicity campaign in support of the new Megadeth LP, the very solid The Sick, The Dying…And The Dead! It's the band's 16th album and the most alive and relevant Megadeth have sounded in years. That's surely a confidence-winning vote in the eyes of the mercurial Mustaine. The album is all but certain to earn him another Grammy nomination, and perhaps another cap—which would be the second for Megadeth.

"The Grammy was very important to me when we got it, Mustaine recently told Guitar World about the 2016 Grammy-winning LP Dystopia. "But I've got to say it was kind of odd because it felt like a lifetime achievement award and right now I don't want to be recognized for a lifetime achievement."

Mustaine continued to say, "I want to get an award for something I did, I'm doing and I'm gonna do, not something I used to do and I'll never be able to do again. At the same time, the past few years has made me really appreciate the time I have left and the friends that I have. And I certainly don't wanna leave the planet with the experience that I have and the things that I've learned without passing them on to somebody else."

To do this, Mustaine actually has a plan. (He always does, right?) And that plan involves his thrash comrades in The Big Four.

"I sometimes think how much better things would have been if we would've all tried a little bit more within The Big Four. The four of us still have so much authority and power and we could do so many great things. It would be great if we could get together and have a meeting of the minds as these four figureheads – the metal Mount Rushmore – and think of something special we could do to really benefit young bands and musicians and artists."

"It would be great to help them avoid some of the situations we got into with contracts and substances. Because most bands make their mistakes right at the beginning of their careers. I'd love to be a mentor to some of these guys and to really help them out. That would be a really good way to give back."

The Sick, The Dying…And The Dead! is available everywhere now.