Album Review: MEGADETH <em>The Sick, The Dying… And The Dead!</em> 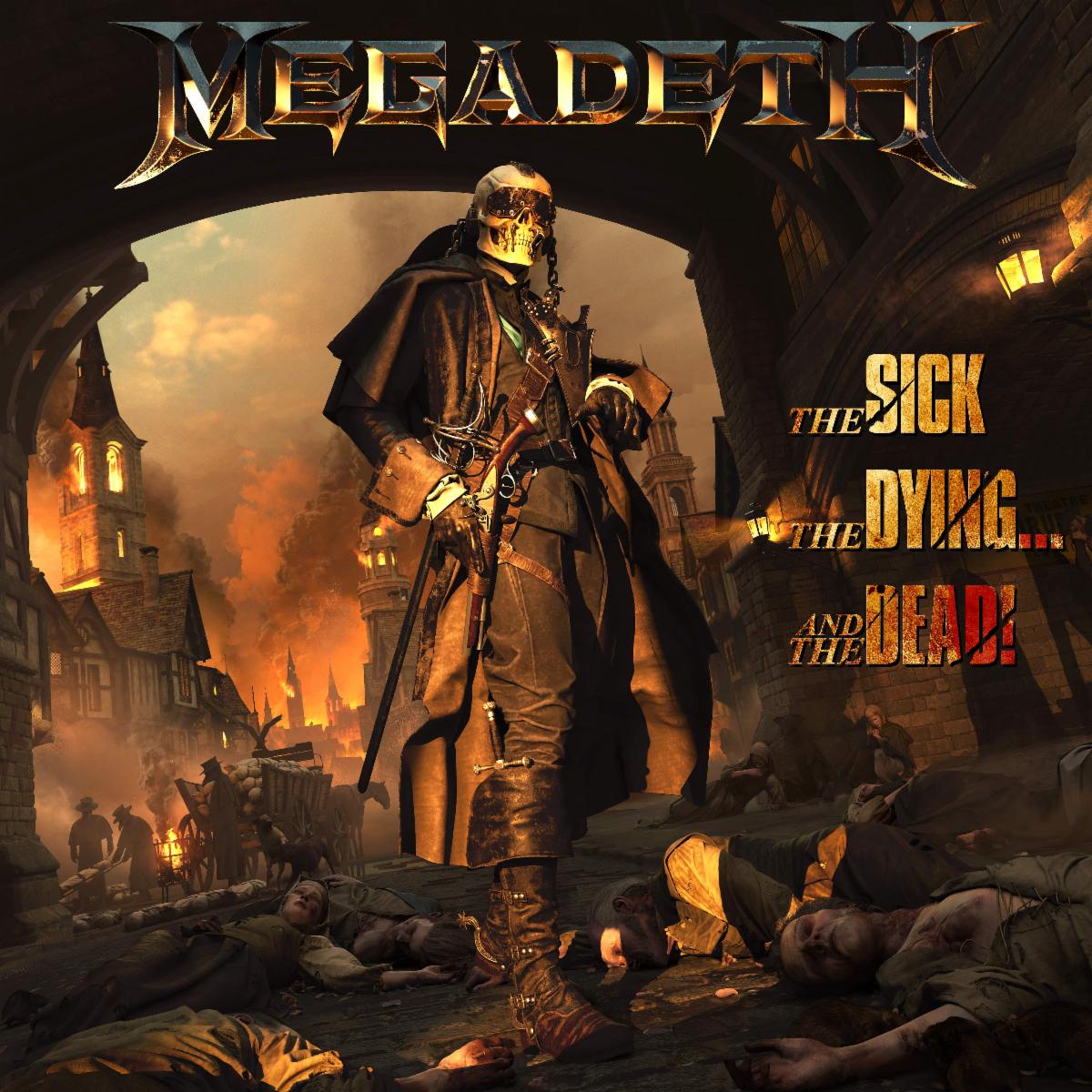 Neither rain, nor snow, nor sleet, nor hail shall keep Megadeth and Dave Mustaine from doing their thing. The banishment of two-time long-term bassist Dave Ellefson might have been a controversy too far for most bands, but nearly four decades of being one of the thrash metal old guard have seen Megadeth just keep doing Megadeth stuff through it all.

The Sick, the Dying… and the Dead! introduces their sixteenth entry into the genre they helped to imprint on the collective metal consciousness. The Sick, the Dying… and the Dead! opens with its title track, kicking things off with galloping, '90s-era thrash that serves as an underpowered but intimately familiar introduction. Thankfully, "Life in Hell" quickly kicks things into a more breakneck gear, with an explosive barrage of snarling and solos fit to wake the dead.

Friend of Mustaine and every-genre-frontman Ice-T makes a strong, albeit brief appearance on the ferocious "Night Stalkers," in one of the album's strongest examples of the Mustaine School of Ropey Lyric Writing. However, it's supported in a grandiose manner by the incredible "Dogs of Chernobyl," the chilling opening pouring into a sprawling, monstrously heavy beast of a track that will be a guaranteed fan favourite.

The tempo doesn't carry into the middle of the pack; the stuttering "Sacrifice" seems soft even without the high-octane lead-in, while "Junkie" takes a self-reflective moment on Mustaine's part. "Psychopathy" lingers in the slow lane for a moment more before the foot goes back down; "Killing Time" powering more classic frenetic riffs and hammering drums into the endlessly hooky "Soldier On!," which practically bounces into the thumping "Célebutante."

"Mission To Mars" is an unusual choice that might take a few listens – the earnest, child-like wonder of the message combined with Mustaine's raspy low tones is a little jarring but welcome. Album closer "We'll Be Back" then plays the interesting dual role as the first single of this album and the firm statement of the title with aplomb, turning the thrash dial to eleven and showcasing some of the best instrument work from all parties on the entire record.

Plenty varied and still full of trademark fire and swagger, The Sick, the Dying… and the Dead! marks another solid addition to the Megadeth selection. It takes cues from the classics but doesn't depend on repeating the past; there is a maturity here that plays well with the fast-paced nature of the thrashier elements plucked from the back catalogue. The weak theming and occasional strange song selections tug it down a bit, but ultimately Megadeth once again prove they can keep rising above whatever in life tries to pull them down.