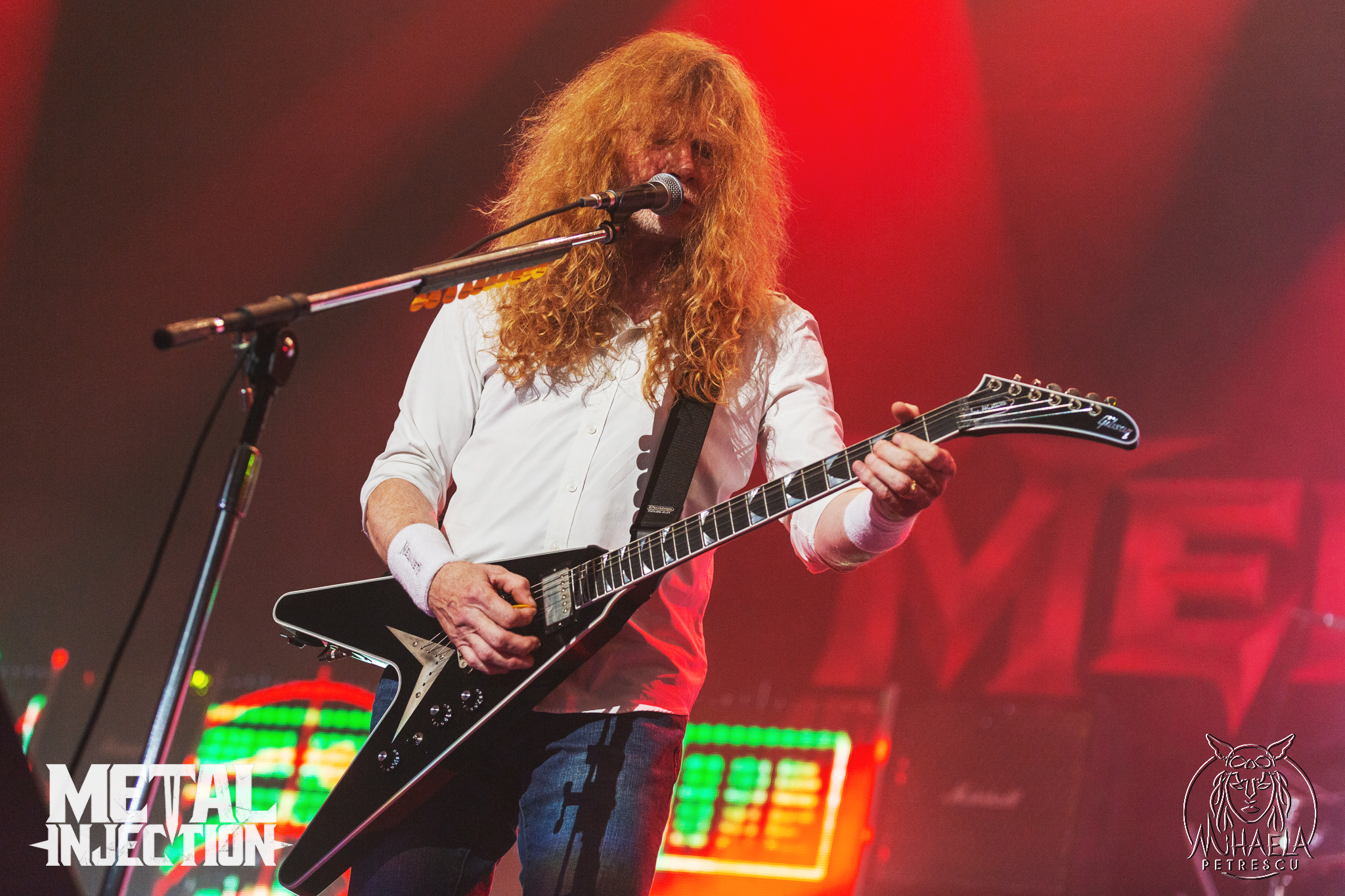 The '90s were an interesting time for Megadeth. They kicked the decade off by releasing Rust In Peace and by the end had lost drummer Nick Menza (in 1998) and had Marty Friedman about to quit as well. Megadeth also shifted their style throughout the '90s, going from the aforementioned thrash classic to putting out the noticeably more radio friendly Cryptic Writings and Risk in 1997 and 1999, respectively. So what happened? According to Megadeth mastermind Dave Mustaine in an interview with Patrick of WSOU 89.5 FM, the band was just doing what their managers told them to do.

The one portion of Mustaine's story I think is crucial is when he points out "I mean, why would you pay a manager if you're not going to listen to them?" Megadeth trusted the people they were paying, and it resulted in some different albums. Though I'd argue that Cryptic Writings still holds up pretty well these days, and the band certainly touches on it frequently live.

"You know, in 1992, when Nirvana and Def Leppard and Pearl Jam and Soundgarden all happened to radio in America, radio in America changed. You either had to be an alternative band, or you needed to be a glam kind of band. Remember Warrant, Poison, Def Leppard, all these bands – God, there's millions of them.

"All these glam bands, and then you think about all the alternative bands – well, what happened to the metal bands that were on the radio at the time? Well, they kind of got swept up into the dark, and only the strong survived. For us, we went through a period where like I said, admittedly so, we were trying to do what we were told. And it backfired. I mean, why would you pay a manager if you're not going to listen to them?

"And so, there were several situations where we would make decisions [that] were presented to us in a way kind of, like, 'You got to do this,' or 'That's just how it is.' I can't tell you how much we would laugh about the bands that we were forced to take out on tour with us, especially during the [nü-metal] period that we went through years ago. You know, all these bands that wouldn't play solos and stuff."