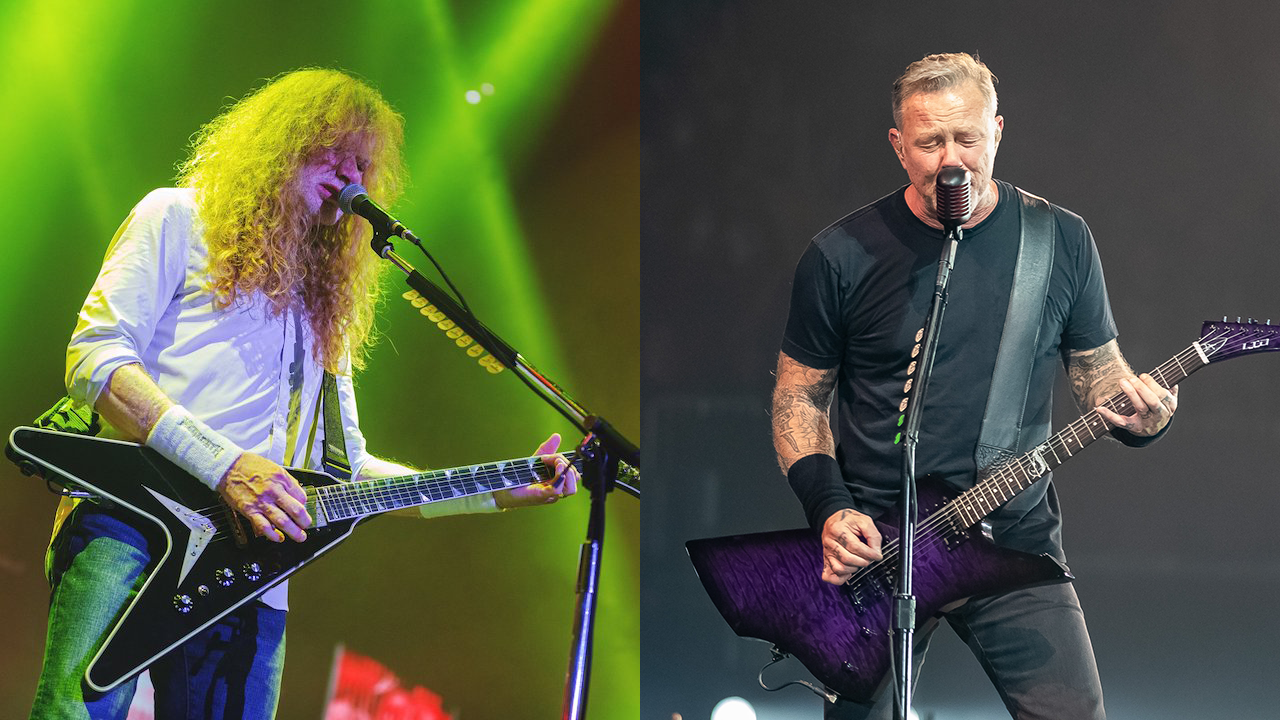 Dave Mustaine has made it pretty clear he's over being bitter about his split with Metallica, which he should be (and so should everyone else) given it's been damn near 40 years. Then earlier this month, Mustaine talked about wanting to utilize the brand recognition of "The Big Four" to help younger bands (think: a guidance counselor, except it's Tom Araya. Not the worst, right?)

And now in a chat with Andrew Daly of Vinyl Writer Music, Dave went big again and evoked his old Metallica mates—James Hetfield in particular—just for old time sake, and seemingly burying the hatchet even further than it's been buried.

“I have been secretly hoping there’d be a day where James [Hetfield] and I can write together again. I think the world really does want us to do that, and I think there is a pretty good possibility of it happening down the line. I do think that it’s possible that one day James is going to come around and that he and I are going to be able to do something together again. I guess that’s one of the things that has always kept me pushing forward. I think it’d be good for Megadeth, and it could be great for Metallica too.”

Anyway, before everyone gets salival over the idea, I think we can all probably assume this isn't going to happen… but hey, who knows? What it does do is keep people chattering about Megadeth while they have a very good record out, The Sick, The Dying… And The Dead!, which should certainly put them in contention for a Grammy this year.

I don't know what anyone else thinks, but I think Megadeth and Metallica are doing pretty good without the needing of any help from the other, as their latest works would suggest.